Washington Irving (1783-1859) was the wonderful American author and U.S. Ambassador to Spain, who rediscovered the Alhambra in Granada, with which my wife, Virginia, and I fell in love during our visit in the summer of 2013. Irving's book, "Tales from the Alhambra," generated such interest in the 1800s that people flocked to see the palace. It was gradually restored and tourism flourished, initially attracting the rich and influential and now the likes of Virginia and me!!! This story was inspired by Irving and my experience of seeing the Alhambra for the first time and breathing that extraordinary air which in the early morning you could practically taste on your lips. So to celebrate Saint Valentine's Day it seemed appropriate to write this rather fantastical story as a sort of tribute and thanks for introducing us to a pleasure and a magic we were not expecting. The photos are mine.--Tony Woodcock 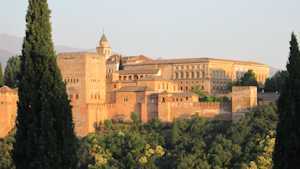 Once upon a time in the ancient land of Persia there was a King. He had ruled his land for 10 years and built upon the successes of his father, who had won many battles to the greater glory of the Kingdom and who in turn had honored his father, the present King's grandfather, by building beautiful palaces, towers, gardens and fountains. The palace where the King lived was thought to be the jewel of the land. It sprang from the desert, had many waterways, libraries and a magnificent university, which was known throughout the world for learning and intellectual discoveries. The King had brought many of the great translations of the ancient Greek and Roman texts from Cordoba, in the land of Andalusia, for the study and amusement of his people. The Palace had been decorated throughout by some of the finest artisans who had designed porticos and reliefs revealing the beauty of nature, the magical words of poetry and the detailed geometric abstracts that were there to represent the perfection of God, for his image could never be portrayed. The land was rich, its merchants praised and respected throughout the known world, and peace had descended and the people were content. 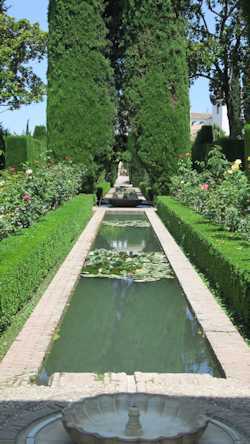 But the King was unhappy. Although he knew that he possessed all that a man could possibly wish for, including 70 concubines whose names he could never remember, and had more gold in his treasury than was thought possible, still he was unhappy. The King showed his unhappiness by his moods and sudden outbursts, followed by periods of great darkness and introspection when he would not eat or converse for days at a time. The King was deeply troubled because a great question weighed upon his mind, disturbed his sleep, spoiled his digestion and distracted him when he was being entertained by his favorite concubine. The King's unhappiness was the result of a question that never left his mind or his imagination. The question was this: "Although I have all this, although I have all the power and riches, the best libraries and books, the most sumptuous palaces, what is the meaning of life?" This was what haunted the King and he would never be happy again until this burning question was answered.

So finally he summoned the six wisest and most respected men in his land. Men who had written books and treatises on the most obscure and recondite subjects known to man, whose words were treasured by the nobility as visions of truth, and who lived in luxury and idleness. When they heard that the King commanded their presence, they all immediately conferred and asked what could this be about? Was the King displeased with them? How were they to speak and answer him? 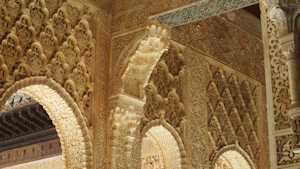 All these thoughts and anxieties rushed through their minds and bodies and then, suddenly, they found themselves before the King who was seated on a throne of gold with the sun streaming from behind him as a halo, his face, as a result, dark and almost unseen but not as dark as his words and mood. He posed his question and then looked sternly into the faces of the six men, the wisest men in the Kingdom. They were startled by his demand and seemed not to know how to answer until the wisest of the wise men said that this question had troubled all of mankind since the beginning of time and that they were just beginning to be able to find its answer but needed, more time.

"How much time?" asked the King. To which the wise man answered, "One year." The King granted them one year to return and present the answer to him, and one year exactly from that day they returned and presented the King with.......... a giant book. 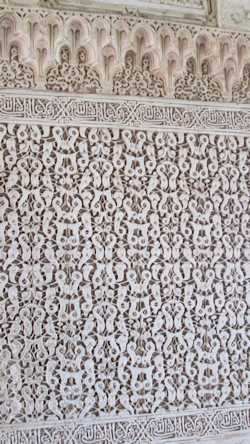 "What is this?" said the King, obviously unhappy and beginning to stamp and pace the room. They told the King that they had labored over the book for 12 months and that it contained in its pages the meaning of life. The King threw the book to the floor and said that he already had books with all the known knowledge of the world; he did not need another. And just to show his anger and that he was really serious, he had two of the wise men clamped in irons and thrown into the most terrible dungeon in the depths of the palace. The remaining four wise men trembled in their slippers. The King shouted at them to bring him the answer to the meaning of life by next Wednesday or else. And they ran from his presence, backwards of course.

Next Wednesday came and the four wise men bowed deeply before the King whose look was even darker than the previous week, and presented to him a page of intricate detailed writing on the finest vellum. "What is this?" shouted the King. "I don't need your writing, I need an answer," and he commanded that three of the wise men be thrown into the darkest coldest dungeon quite near their colleagues and friends who were imprisoned the week before. This left just one wise man, the one who had answered the King at their very first interview. He was old, in his ninth decade and given to eating much too much and sleeping the whole afternoon. But sleep seemed a long distant dream now. He found himself the only person in the room with the King bearing down upon him with rage. What was he to do? Inspiration was his salvation and he stopped the King with a smile and soft words saying that, by the next morning he would present to the King the meaning of life. The King for the first time, smiled. The smile was slow to come, but when it did, it radiated the room with warmth and kindness. "Very well. Tomorrow before breakfast," said the King. 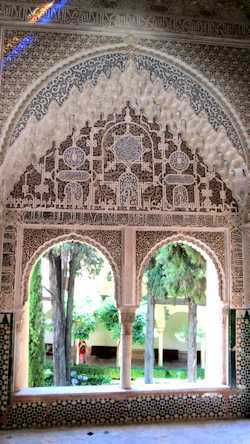 The oldest of the wise men stayed up all night thinking about the question, pondering, reading, drinking cup after cup of the strongest Turkish coffee and eating figs and delicate biscuits made from sun drenched corn flour and raisins from Egypt. Suddenly, and it was as though the sky had opened and a ray of the scorching light had ignited his thoughts and imagination, he knew the answer. He thanked God and gradually made his way with steady steps and a brave countenance into the presence of the King.

"Majesty," he said with quivering voice. "I have found the answer. It is contained in one word." And the King smiled his most winning smile and bade the oldest of all the wise men to sit with him before his breakfast and tell him what word explained the meaning of life.

"The word is on your lips now. It is the word that speaks of the best of our lives and the best of our thoughts. It guides us. Comforts us and gives us joy, and happiness and allows the smiles that come to our lips and eyes to be truly the ones we wish to be remembered for. The word is there now. You know it. Whisper it softly and worship its lasting radiance for this is what we are made to live for."

For Virginia
And in homage to Washington Irving