A Missouri-based gay teen says he'll be "devastated" if he can't attend his senior prom with his boyfriend, but in order for him to do so, he'll have to challenge a long-standing school policy first.

As local CBS affilate KFVS is reporting, Stacy Dawson asked Scott County Central High School administrators if he could bring his same-sex date to the big dance, but was "really shocked" to learn that a school handbook bars students from taking dates of the same sex.

"High school students will be permitted to invite one guest, girls invite boys and boys invite girls," the school handbook states, according to KFVS.

The Southern Poverty Law Center has since threatened a lawsuit against the school district if officials don't revise the school dance policy -- which staff attorney Alesdair Ittelson deemed "blatantly discriminatory" and "in violation of [Dawson's] constitutional rights" -- by Feb. 25.

In a statement cited by the Associated Press, Dawson called prom "an important milestone in high school, and I would be devastated if I'm not allowed to attend prom with my boyfriend.”

He added, "It isn't fair that a school can randomly disregard students' rights because it doesn't agree with who you want to take to prom."

UPDATE at 3:30pm ET on February 15 (Original story continues below): Scott County Central School District superintendent Alvin McFerren told The Associated Press Feb. 15 that officials have agreed to revise the policy. McFerren said the line was originally included to stop students from cheating on the entry cost of prom and other dances, according to the report.

Earlier this week, students and staff at an Indiana-based high school tried to quickly distance themselves from international media frenzy over a local group's plea for an "traditional" prom that would ban gay teens.

The most vocal member of that group, special education teacher Diana Medley sparked the most controversy when she compared LGBT teens to special needs students and said she "honestly didn't" feel gay people had a "purpose" in life.

"Homosexual students come to me with their problems, and I don't agree with them, but I care about them," Medley, who teaches at North Central Junior/Senior High School in nearby Farmersburg, Ind., said. "A gay person isn't going to come up and make some change unless it's to realize that it was a choice and they're choosing God." 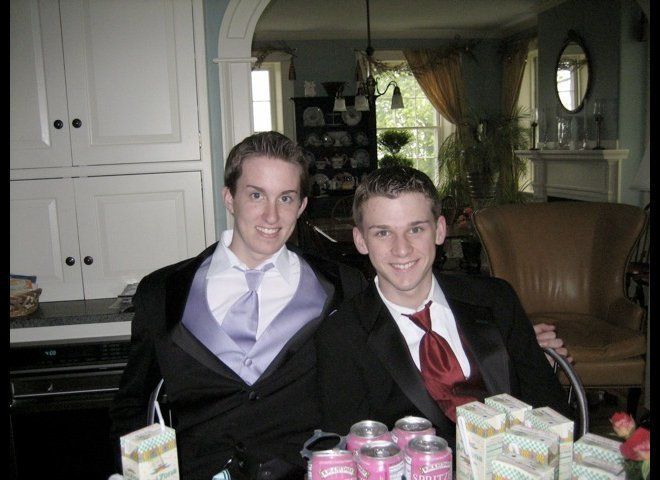