This week over a thousand New Yorkers had the opportunity to "Celebrate America's Heroes" on the occasion of Emmy-winning TV and radio host Rita Cosby's 50th birthday to benefit the acclaimed organization, the Wounded Warrior Project. Held at the historic Edison Ballroom off Times Square, the star-studded gala was emceed by FOX News' Geraldo Rivera 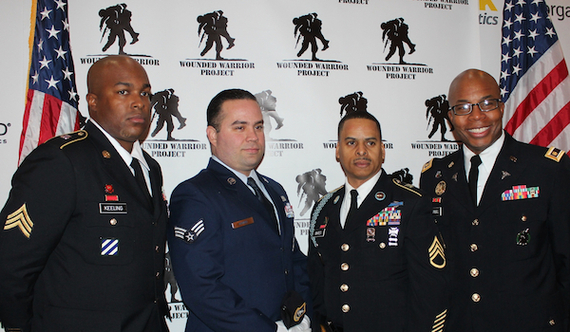 Military men -- and women -- of every stripe attended the benefit last week
for Wounded Warriors. Photo: The Stewardship Report/Ashwani Agrawal. 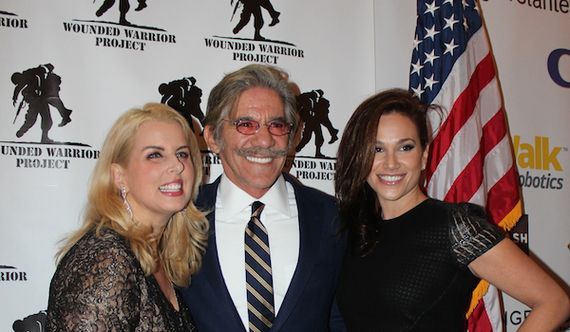 On the red carpet with Rita Cosby, the evening's emcee Geraldo Rivera, and
his wife Erica Rivera. Photo: The Stewardship Report/Ashwani Agrawal. 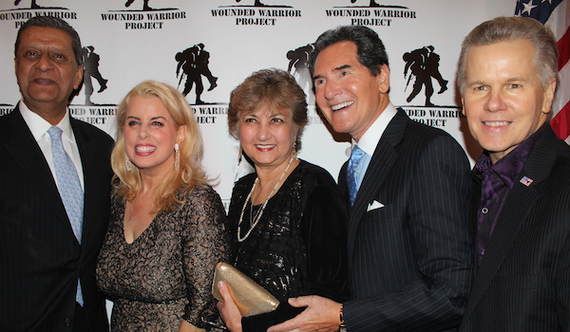 I asked singer, actress and TV-show host Dionne Warwick why she supports the Wounded Warrior Project, and she smiled and replied, "Why would you not support them? It's all about the veterans!" No stranger to embracing good causes, I remember when Dionne was appointed U.N. Global Ambassador for the Food and Agriculture Organization; she also has served as the U.S. Ambassador of Health. Dionne's granddaughter Cheyenne Elliott sang, following in her grandmother's footsteps. 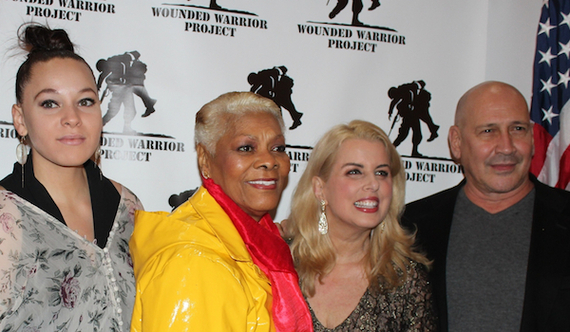 Emcee for the evening Geraldo Rivera looks the same now as when I appeared several times on his show in the 1980s. I chatted with him about our mutual friend Rita Cosby. "I think she's fabulous - I've known her forever. She's like my kid sister. We worked together at Fox and now at WABC. It's a big birthday for her and such a wonderful cause." 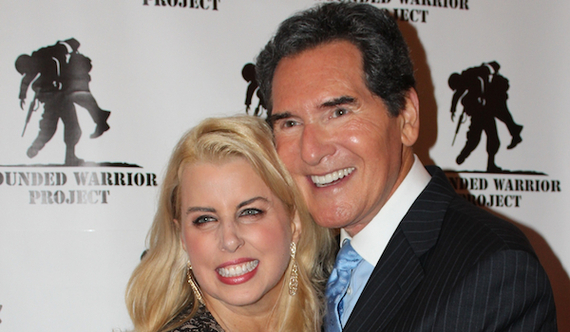 Amir Dossal walked the red carpet with his lovely wife Tas. Why?, I asked him. "To help Rita's mission to stand on the veteran's side. We have been longtime family friends and she is in great demand at the U.N." Amir, former Executive Director of the U.N. Office for Partnerships, was the chief liaison for Ted Turner's $1 billion donation for U.N. causes. 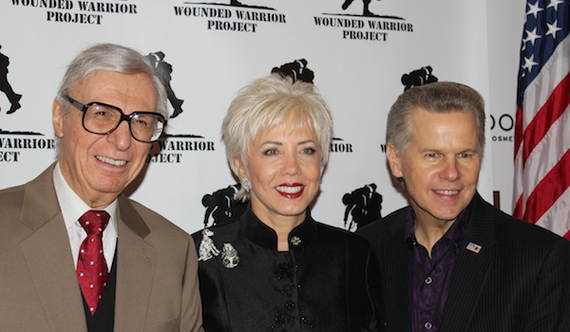 One of NYC's most gifted TV anchors, Emmy-award winning Ernie Anastos, also chatted with me about our friend Rita. "She is a sweetheart - I've known her forever. I only have lots of positive things to say. Veterans' causes are dear to her heart because of her of her father. She is one of the most upbeat, positive people I know. I share in her enthusiasm for giving back and rewarding good behavior. We celebrate tonight her birthday, her life, and everything she stands for." Rita wrote poignantly about the life of her veteran father, Quiet Hero: Secrets From My Father's Past. 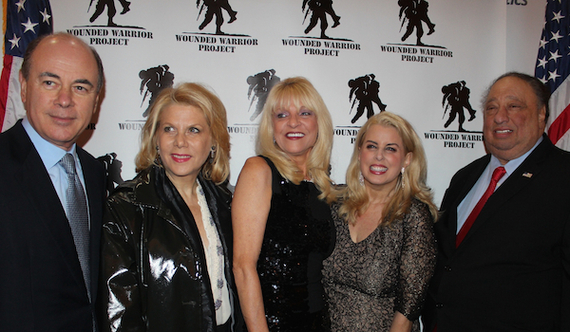 I have watched Canadian news anchor Pat Kiernan host NY1 for almost two decades. "Rita and I have hosted together since last spring," Pat told me. "We have an easy working relationship and are also friends outside work, because we are both hardcore news junkies. She's smart and quick and we have such a great time working together." 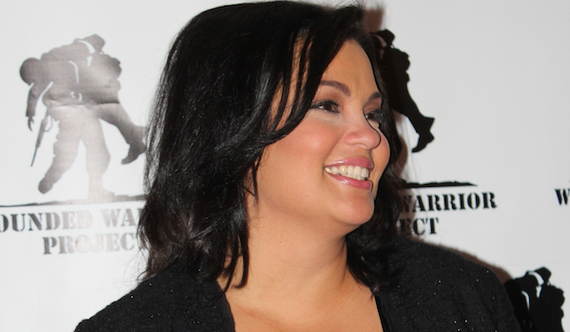 A further testament to Rita's wish to honor soldiers, the crowd appeared to have as many guests in uniform as civilians. Some retired, many on leave from active duty and a host of cadets to represent the future. One woman, who completed two tours in Iraq, was struck by the honor given her colleagues and the hope that guests would leave knowing more about the internal wounds which are represented by the 22 veteran suicides a day in the U.S. A career officer who has just returned from deployment at Bagram Air Base in Afghanistan, was simply there to see so many civilians honoring his comrades. Sargent Theresa Hanigan awed Rita and the crowd with her story of learning to walk again through an amazing new mobility device shown by ReWalk Robotics. 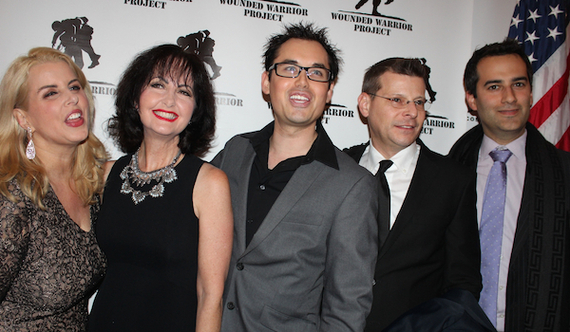 The national, nonpartisan Wounded Warrior Project, celebrating its ten-year anniversary, is reflecting on a decade of service and reaffirming its lifetime commitment to serving wounded veterans. 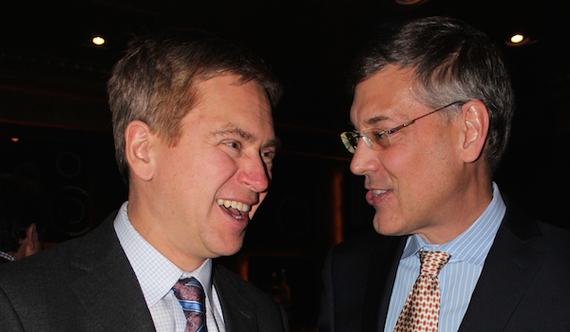 Pat Kiernan of NY1 sharing a laugh with the author.
Photo: The Stewardship Report/Ashwani Agrawal.

The mission of Wounded Warrior Project is to honor and empower Wounded Warriors - by raising awareness and enlisting the public's aid for the needs of injured service members, by helping injured servicemen and women aid and assist each other, and by providing unique, direct programs and services to meet their needs. To donate please visit: SupportWoundedWarriors.org.

Special thanks to the Digital Team of the Stewardship Report including David Bishop, Susie de Rafelo, Ashwani Agrawal, and Abhinav Chintakunta.