The Honolulu Board of Water Supply is taking steps to close down the controversial hiking trail known as the Stairway to Heaven.

The BWS plans to spend $500,000 on an environmental assessment and other studies to figure out the best way to remove the Haiku Stairs, a 3,922-step trail in Kaneohe that goes up into the Koolau mountain range.

Officials at the Board of Water Supply –- the agency that manages the trail –- said they no longer want to manage the trail because of public safety issues and problems in the neighborhood with traffic and trespassing. 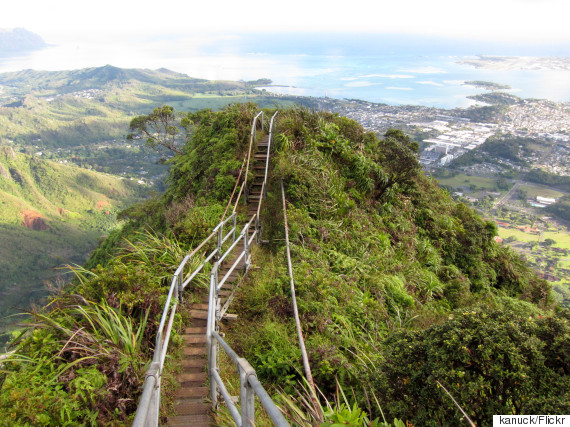 The trail was originally constructed as a wooden ladder during World War II so the military could access a transmission station. In the 1950s, the stairs were replaced with steel steps.

Currently, anyone who wants to climb the stairway needs permission from the BWS and to show proof of $1 million in liability insurance. The BWS pays about $160,000 a year for security guards to keep trespassers off the trail.

Shawn Nakamoto, a spokeswoman for the water board, told Civil Beat that no other agency is interested in taking over management.

The BWS first discussed plans to remove the stairs after a storm damaged portions of the staircase earlier this year.

Last month, the board voted to conduct a preliminary engineering study to figure out the most efficient, cost effective and safest way to remove the stairs. The money also will cover the cost of an environmental impact statement that will help the agency determine which demolition method is the most environmentally sound.

The cost to remove the stairs has yet to be determined, and community advocates hope there’s still a chance to save the iconic trail.

“It’s just completely ridiculous to spend all that money to remove what basically is a national treasure,” Vernon Ansdell, president of Friends of Haiku Stairs, told Civil Beat.

Ansdell said that the damage caused during the Valentine’s Day’s storm is superficial and Friends of Haiku Stairs has already volunteered to fix it.

The group is still hoping to come up with an alternative management plan.

“We’re building momentum with what were doing,” Ansdell said. “We’re sort of working in the background to put things in place.” 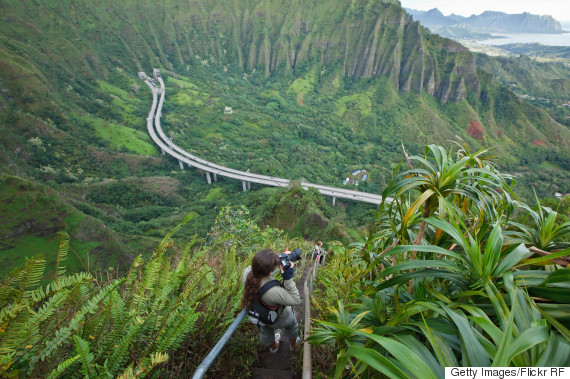