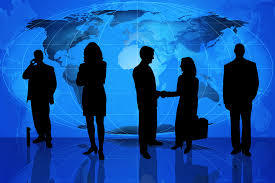 A recent Guardian article postured that the end of capitalism has begun.

Robert Reich in an earlier post wrote, "We may be witnessing the beginning of a return to a form of capitalism that was taken for granted in America sixty years ago...[when] most CEOs assumed they were responsible for all their stakeholders."

This has taken many different forms in the past few years.

Umair Haque in his book, The New Capitalist Manifesto, wrote about the fact that capitalism grew out of the Industrial Revolution, a time when resources were plentiful and the population was scarce. But that today, the scenario is reversed: we have too few resources and too many people and so a new form of capitalism must emerge for this new era.

A series of articles in the Harvard Business Review (Global Capitalism, Creating Shared Value, Customer Capitalism, Long Term Capitalism) in the past years have raised questions about the current capitalist model and how it is changing.

As we have seen with leaders like Richard Branson and the work of Whole Foods CEO John Mackey, an approach called Conscious Capitalism in which the purpose of the business is not just to maximize profits, but also to measure success based on the values of sympathy, empathy, friendship, love and the desire for social approval and kindness.

Additionally, the movement of social entrepreneurship, B-corps and impact investing further demonstrate this trend and the growing demand of the Millenial and future generations for a new form of capitalism. Yet, even those models fall short.

According to the Organisation for Economic Co-operation and Development (OECD), in its recent report on social impact investment, impact investment is attracting the interest of foundations and mainstream investors. In addition, an estimated $41 trillion in intergenerational transfer of wealth is expected to take place over the next 50 years with nearly $6 trillion of that to be directed towards social issues.

The OECD concluded that as the Millennial generation seeks investment opportunities and takes on increasingly senior roles in the finance industry - and more broadly in society - an inter-generational shift in the values of those in leadership will likely reinforce the demand for impact investing.

After my recent trips to China with Alchemus Capital, I have begun to see how the cultural and global elements further expand the dimensions of capitalism and call for increasingly robust models and a new paradigm of business, investing and entrepreneurship.

Our world and economy is diversifying. The needs of all players are constantly changing. Adopting a model of capitalism that addresses these diverse needs - across culture, generational or other dimensions - is the only way forward.

Developing a model of capitalism - stakeholder capitalism - that takes into account the needs, values and cultural demands of each of the stakeholders is critical to success, traction and maximizing returns and planetary impact. Creating a win for every stakeholder, and deconstructing the old paradigm power dynamic, is the key to capitalism thriving as we move forward.

As part of that movement, one of the motivators in developing the model for Alchemus Capital was to create a model in which every player wins. Replacing the old model in which, often times, the investor wins and the entrepreneur loses, which ultimately also leads to both losing, with a new model in which it isn't a zero sum game became the motivator behind our fund.

Going to China and experiencing the Eastern values infused in business and spirit of "guanxi," or "relationships" or "good juju," pervasive throughout their business interactions further solidified my conviction that a model of stakeholder capitalism is truly the way forward.

Further conversations with Paul Thanos of the International Trade Administration in the U.S. Department of Commerce - an important voice on the future of impact investing - confirmed that there is a growing need for this trend at every level - public, private and nonprofit - and may also serve as a future bridge of diplomacy across global borders.

As the world shrinks and our connectivity increases, some of the most important values in business are not what I can get out of others, but what I can give, how I can be of service, and what opportunities can I create in which we can all win? "Coopetition" over competition and finding ways to build cooperative working environments, fairness, reciprocity, and kindness as the foundations of business are the new paradigm.

These approaches move us one step further ahead of sustainability, impact investing, social entrepreneurship and impact investing into an era of stakeholder capitalism in which everybody wins. Imagine business and a world in which those values lead the way. If so, we are headed in the right direction.

Advertisement
This page contains materials from The Huffington Post and/or other third party writers. PricewaterhouseCoopers LLP ("PwC") has not selected or reviewed such third party content and it does not necessarily reflect the views of PwC. PwC does not endorse and is not affiliated with any such third party. The materials are provided for general information purposes only, should not be used as a substitute for consultation with professional advisors, and PwC shall have no liability or responsibility in connection therewith.
Go To Homepage