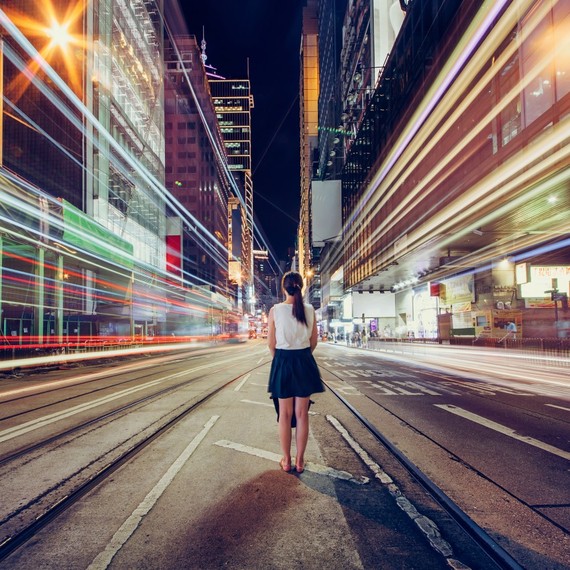 A conundrum for another summer Ramble....

If you wanted to hire someone for an important position (or even not so important), no doubt you would exhaustively reference check -- scour Facebook, search LinkedIn, comb Twitter, and hunt whatever and wherever else you could in order to make sure that there was nothing obvious you were missing in the person's background or behavior that would keep you from hiring them.

In fact, how many articles have you read, how many warnings have you heard, how many exhortations have you seen that make clear that we all leave a digital trail today, and in light of the important position (or not so important) that I referenced above, wouldn't you need to be careful and think twice before you do or say anything that you might regret forever?

Ergo if you were foolish enough to not listen and if your behavior -- recorded for posterity -- was scary, threatening, menacing, hostile...you get the picture...I doubt you would get the job, certainly not in our firm no matter how well you interviewed...

And I imagine the same standards would be applied to any business deals or contracts we might be contemplating as well...no matter the hoped-for outcome.

The conundrum: If we tell our kids to be careful, if we ourselves are careful, and if we are ever more careful of the people we hire or the deals we enter into specifically because of the digital record, what about countries and treaties?

Not to be political, but because I am intrigued...I can't imagine hiring someone who posts disparaging comments about our firm minutes after our interview...can you?

Make your own conclusions, but the news around the world is chock full on this issue and I am curious as to your view!

We have seen high-profile people fired and vilified for way less....

Bottom line -- do we believe what people say and do, or don't we?

Do we give everyone a free pass because it's immediate and visual, or do we hold us all to the same standard?

The implications for the future of credibility are huge -- listen:

Communism doesn't work because people like to own stuff. Frank Zappa

Could it be that simple?

Credibility isn't important because people like to say stuff?

What do you think -- and knee-jerkers, PLEASE, no politics (overt anyway...)