This is 13-year-old Misha Shamonin, one of the innocent victims of the Great Purge who were shot in the Butovo firing range near Moscow. 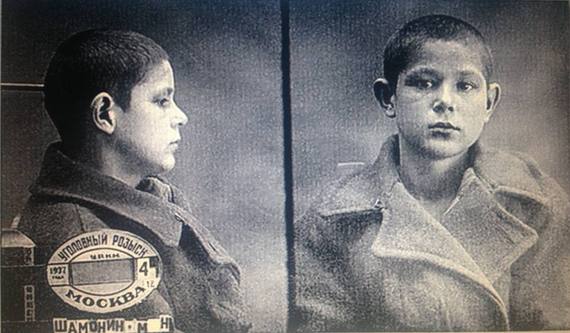 Misha Shamonin, one of innocent victims of the Great Purge who were shot in the Butovo firing range near Moscow. Photo Credit: Lena Hades.

I titled my new art project "Abyss" because this word is definite. My ultimate artistic goal is to create a visualization of the nietzschean abyss. "Battle not with monsters, lest ye become a monster", Friedrich Nietzsche says, "and if you gaze into the abyss, the abyss gazes also into you". I pose myself a question: What does it mean? Can I paint the abyss? The art project ABYSS is a long detailed reply to the question.

The English word ABYSS sounds in Russian like БЕЗ ДНА (bez dna) - it means "without bottom". If you fall into the Russian abyss you fall for miles and miles, deeper and deeper, infinitely. It is said that at the bottom of the abyss comes the voice of salvation. There is no salvation at the Russian abyss. Its name was the Great Terror - а campaign of mass arrests and executions which occurred from 1937 to 1938. One of the deepest Soviet abyss called the Butovsky Firing Range swallowed 20 761 human victims - men, women, children.

The youngest person executed at the Butovsky Firing Range was 13-year-old Misha Shamonin, he was an orphan, a street boy, his only crime was the theft of two loaves of bread.

Misha Shamonin stares out at us from his prison mug shot taken before the shooting. He is wrapped in a big greatcoat, too big for him, having the eyes open wide as in amazement. Poor little orphan boy of 13, he was executed on December 9, 1937. It is so unjust to die at such an early age! 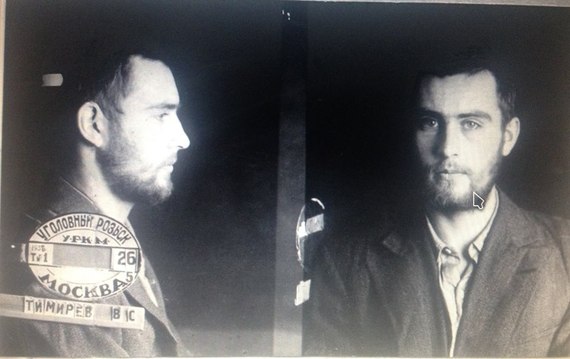 Vladimir Timiryov, one of innocent victims of the Great Purge who were shot in the Butovo firing range near Moscow. Photo Credit: Lena Hades.

Among 20,761 victims who were executed in 1937-1938, one of them was Vladimir Timiryov, a young talented handsome man, the son of Admiral Sergey Timiryov of the Russian Imperial Navy and the Russian poet Anna Timiryova.

His maternal grandfather was Wassily Safonoff, a Russian pianist, conductor and composer. Vladimir's mother divorced his father in 1918 to join her lover, Admiral Alexander Kolchak. Vladimir Timiryov graduated from the Moscow Architectural Institute. He worked as an artist and book illustrator. For example, Jack London's book "Northern Tales" was published with Timiryov's watercolors drawings.

Vladimir was falsely accused of being a German spy and a stepson of Kolchak and arrested on 22 March 1938. He was sentenced to death under Article 58 of the Russian SFSR Penal Code by NKVD troika (NKVD troika in Soviet Union history were commissions of three persons who convicted people without trial). The death sentence was carried out at the the Butovsky Firing Range on May 28,1938 -- Vladimir Timiryov was executed by shooting... 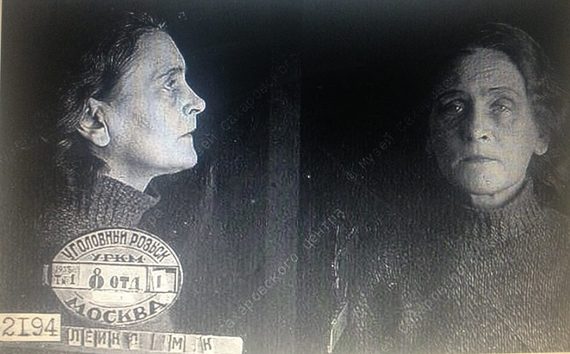 Actress Marija Leiko, a Latvian-born star of German stage and a silent movie actress in Europe since the1910s, was one of 858 executed women at the Butovo Firing Range. She was a talented actress, known for three silent movies: "Falscher Start"(Wrong Start) (1919), Am Ruedesheimer Schloss steht eine Linde (There is a linden of the Ruedesheimer castle) (1928) and Die Rothausgasse (The Rothaus alley) (1928). Actress Leiko was arrested on 15 December 1937 on fabricated charges of belonging to a "Latvian counter-revolutionary nationalist group". She was sentenced to death and on 3 February 1938 and she was executed by a firing squad. Her body was thrown into a mass grave. Marija Leiko was "posthumously rehabilitated in absence of a crime" in 1958. 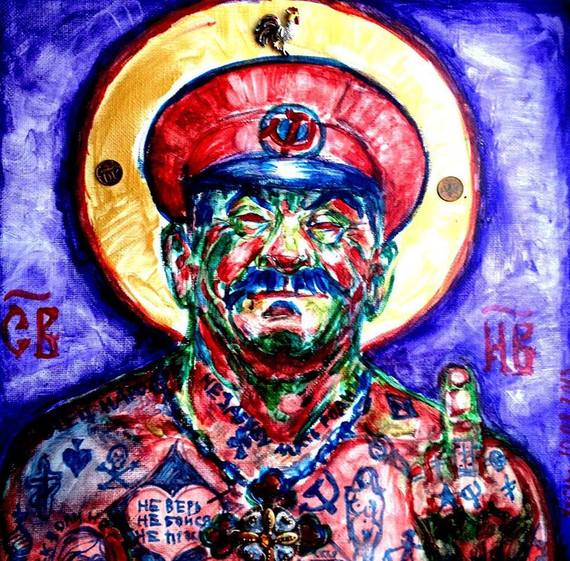 According to the documents 20761 people were executed at Butovo from August 8, 1937 until October 19, 1938. The majority of victims were residents of Moscow and Moscow Region; 2000 people were from the Russian Federation; 1,468 people from Ukraine, 604 people from Belarus; 1702 people were from the Baltic republics, there were people from Moldova, South Caucasus, Central Asia and Kazakhstan, from Germany, Poland, France, the USA, Austria, Hungary, Romania, Italy, Yugoslavia, Czechoslovakia, Turkey, Japan, India, China. There were people of all ages - the youngest victim was 13 years old, the oldest - 80 years old.

The problem of human violence has been tormenting my mind during the past 40 years at least. It is not a thing I enjoy thinking about but I am not able to abstain from thinking it - there is а real danger to Russia is that history will repeat itself.