Everyone knows that the best conversations happen in the ladies' bathroom. So that's exactly where we shot our first web series, Stallin' with Dave Hill. Our inaugural guest? Why none other than comedian, author and "The Daily Show" correspondent John Hodgman.

Hodgman may have been wrong about the world coming to an end in 2012, but that's not going to stop him from turning Liam Neeson's character in "The Grey" into a full-fledged action movie empire (don't worry, PETA, no dogs will actually be punched). He also teaches Dave about the finer points of emu eggs and even reveals how he stays a millionaire (by stealing toilet paper).

Watch our first episode of Stallin' above and tell us who you'd like to see interviewed in the comments. Also be sure to see Hodgman's epic "That Is All" end-of-the-world comedy show when it hits Netflix later this year and check out his upcoming tour dates. 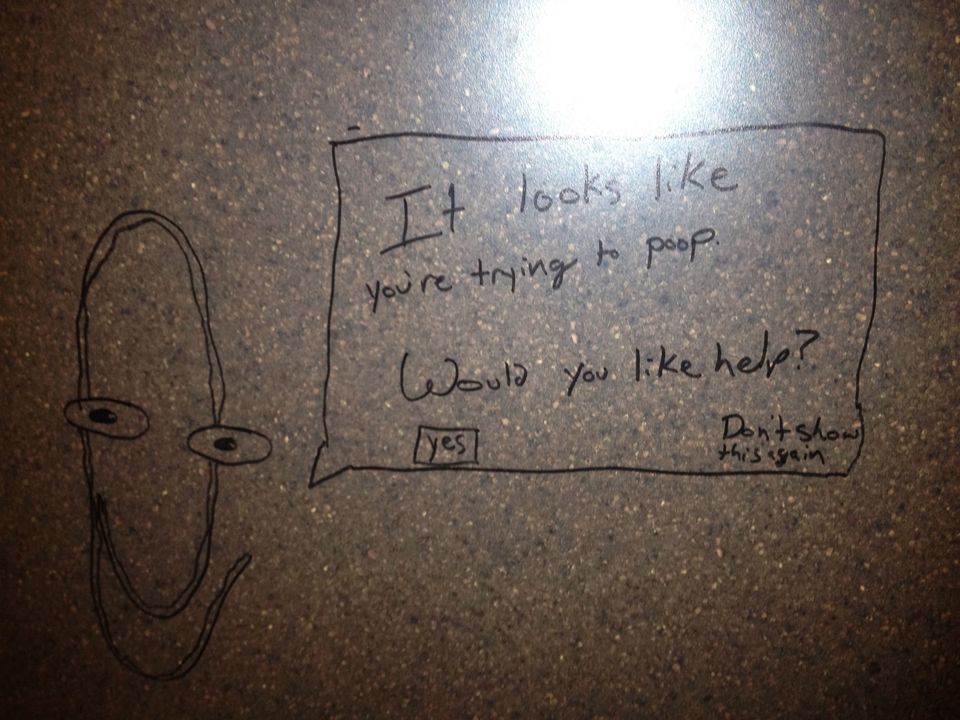