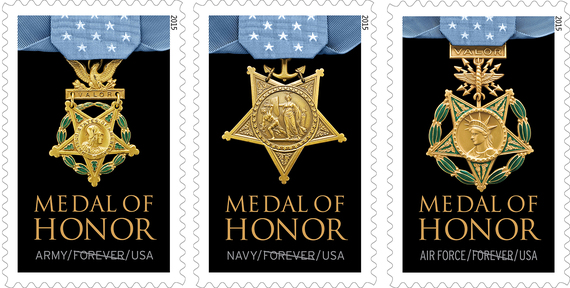 When I was a young boy I was an avid stamp collector.

Living in the Netherlands, I collected mostly Dutch stamps, but always kept my eyes open for that rare stamp of any nationality -- that stamp that would make me famous among my philatelic friends, perhaps even rich.

Who knows, one day I would accidentally find an 1867 Koning Willem III stamp or come across a 1920 Omgekeerde Dendermonde (Inverted Dendermonde town hall) stamp in neighboring Belgium or perhaps one of those 1918 "Inverted Jennies" would wing its way into my collection all the way from America.

Although I was never that fortunate, I continued to collect stamps for many years and, as many collectors find themselves doing, I became a "niche collector" My "niche" was -- because of my specialty in the military -- communications-electronics. 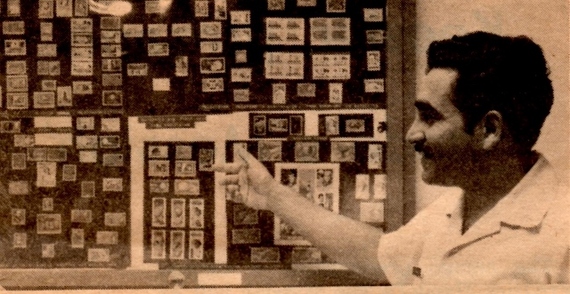 Author in a 1973 military publication showing his "communications-electronics" stamp collection.

However, I have always admired and been impressed by the number, variety and appropriateness of postage stamps issued by the United States Postal Service in honor and in support of our military and veterans and I am somewhat regretful that this area of philately did not become my niche.

In fact, while most of the first postage stamps issued in Europe bore the images of reigning monarchs, the first two stamps issued in our new nation in 1847 honored two military patriots, George Washington and Benjamin Franklin. Our first president, George Washington, was of course Commander in Chief of the Continental Army. Benjamin Franklin, the first United States Postmaster General, was a veteran of the Pennsylvania militia.

Since then, the "Post Office" has issued more than a hundred postage stamps commemorating and honoring military and veterans, their battles and achievements, the various services and many showing "the aircraft or ships that our veterans used in battle." *

Talking about honor, there is no higher military honor than the Medal of Honor, America's most prestigious military decoration awarded by the President on behalf of Congress to members of the armed services who distinguish themselves through "conspicuous gallantry and intrepidity at the risk of life above and beyond the call of duty" while engaged in action against an enemy of the United States.

Similarly, there are not many higher honors than to be depicted -- honored -- on a U.S. postage stamp. Combine these two and you have an incredibly powerful story and message.

That is exactly what the U.S. Postal Service has done on two occasions and is preparing to do once again.

For more information on and images of the World War II and Korean War Medal of Honor Prestige folio stamp sheets, please click here and here, respectively, and don't forget to scroll down in the documents to video links of the Medal of Honor recipients recounting their stories.

It is fitting, having just observed the 50th anniversary of the beginning of the ground war in Vietnam, a war in which nearly 3 million service men and women would fight and in which more than 58,000 of them would give their lives, that these 258 heroes will be honored in this unique and lasting way -- with a "forever" stamp.

These stamps may never attain the monetary value of an "Inverted Jenny" or of other rare stamps, but they will always represent something even more valuable: the valor of our military and the respect and gratitude of all Americans.

The lead image depicts the three similar, yet distinct, versions of the Medal of Honor, one for each military department -- from left to right: Army, Navy, and Air Force. The medals are similar in that each consists of a variation of a five-pointed star worn around the neck on a light blue ribbon. The Navy version is awarded to those serving in the Navy and Marine Corps, and during times of war, to members of the Coast Guard. The Air Force, which was established as an independent department in 1947, adopted its distinctive Medal of Honor in 1965. The first presentation of the U.S. Air Force's medal took place in 1967 during the Vietnam War.

* In 2003, The U.S. Postal Service produced a beautifully illustrated "Veterans and the Military on Stamps" publication depicting more than a hundred military veterans and events from the 20th century. It can be viewed here.