Stan Stokes is man with a mission: to do justice to the legacy of the Tuskegee Airmen through his paintings. For over forty years, the California-based artist has painted an array of canvases dedicated to African-Americans who served during WWII. When we contacted Stokes, he was on his way to meet Lt. Colonel Bob Friend. Stan explained that Bob is a veteran of over a hundred combat missions with the 332nd Fighter Group, and was recently depicted in George Lucas' latest film, Red Tails.

HuffPost Arts: When did you start painting the Airmen?

Stokes: I started to create paintings of the Tuskegee Airmen after meeting Robert Williams approximately 15 years ago. He had been a 332nd FG P-51 combat pilot. A few years after he had returned from the war, he started to write about the experience of training at Tuskegee, Alabama and being a combat pilot in the all-black 332nd. The story he wrote eventually (40 something years) became the screenplay for the HBO movie The Tuskegee Airmen.

When I first met Mr. Williams, I had no idea of how he would change my life. He had a dream of an artist creating large mural honoring the Tuskegee Airmen. He latched on to me and very rapidly, I was sharing the dream. That dream ultimately became my Tuskegee Airmen Mural at the Palm Springs Air Museum. It is 12 feet tall and 60 feet wide and is on permanent display there. The Air Museum, as a whole, embraced the Tuskegee Airmen and have had many events honoring them over the years. The Museum is currently repainting their P-51 Mustang as Bob Friend's fighter.

HuffPost Arts: When will your Tuskegee project be finished?

Stokes: I have been painting full time for 44 years. There are so many things that I still want to paint that I don't know where to begin. I have created 78 Tuskegee Airmen-related paintings to date. I think that I have 7 or 8 to go to really tell the story. Then, I will put it all together as a book telling their histories and adventures and my involvements with the individuals. I have so many stories that they have told me over the years. It's great stuff!

See a slideshow of the art below with Stan's comments included. We're curious: has anyone seen Red Tails yet? What did you think? 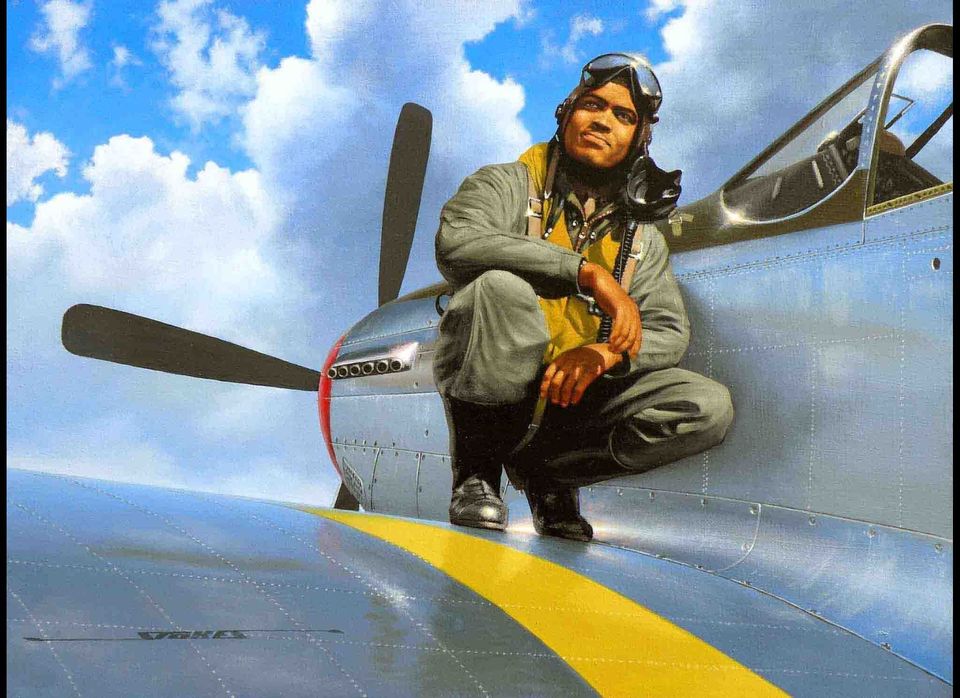 1 / 10
Bob Williams
Bob was a 332nd fighter pilot who twice shot down enemy aircraft. After the war, he wrote a screen play about the whole experience of training at Tuskegee and going to war with the 332nd. What he wrote became the screenplay for the HBO movie The Tuskegee Airmen.
Stan Stokes