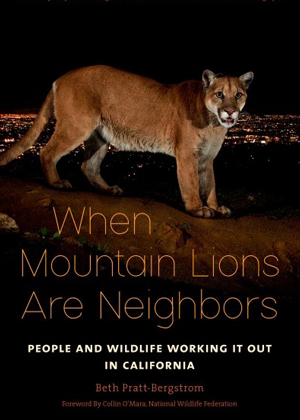 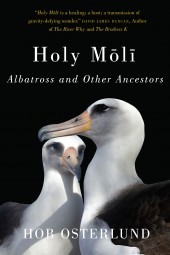 Maybe it's because the word refers to the ultimate oblivion, or maybe it's because most of us think of polar bears stranded on melting icebergs when we hear about "extinction," but many of us assume the curtailing of life forever is a remote phenomenon. But local extinction happens in our backyards. Populations of species are diminishing in our counties, our parks, our "open spaces," our states, the continent, and yes in far off places as well. Stanford researchers adding up where and how much extinction is taking a toll on life rather unpoetically call it "Anthropocene defaunation." The word "anthropocene" puts a sharp point on the human pressures causing extinction of species other than Homo sapiens.

The term also points to the unfolding new normal of how things work here. Extinction is "a primary driver of global environmental change in its own right." That means it's not just climate change making things increasingly unpleasant. Loss of other life forms has big impacts. There's the decrease in food production from pollinator declines; increasing transmission of diseases like Ebola and Zika, which find humans to dwell in once their original animal hosts are gone; degradation of water supplies; and reduction in seed dispersal and decomposition processes. You are getting the picture -- animals and plants keep the machinery of life going, and to use Paul Ehrlich's famous analogy, we are taking rivets off the vehicle willy nilly. Mostly by converting habitat to human use that doesn't allow for cohabitation with the land's original tenants.

It's one thing to say we should figure out how to live with other critters and another thing to do it. Beth Pratt-Bergstrom's new book, When Mountain Lions Are Neighbors: People and Wildlife Working it Out in California, provides a pretty happy litany of species we do still have around, and positive stories about how folks are getting along with them. The title refers to the heroic journey of one P-22, a male mountain lion who braved multiple lanes of freeway traffic, skulked through the backyards of Beverly Hills, and set up predator shop in Griffith Park, one of the most intensively used urban enclaves in the world. P-22's sheer gumption, and the joy it gives many of us to welcome wildness into our highly domesticated existences, has inspired an ongoing project to create a highway overpass so others of his own kind can follow suit.

Pratt-Bergstrom's book is published by Heyday Books, and they do such a fine job with the literary tome. This one is beautifully designed, with plentiful illustrations, and a user-friendly format for perusing the stories of other beings trying to get by in the Golden State. Pratt-Bergstrom introduces the reader to recovered populations of bears, desert tortoises, ringtails, porpoises, beavers and butterflies, among other critters. My favorite quote in Pratt-Bergstrom's book comes from that icon of biodiversity championing, E.O. Wilson: "It would mean so much for everyone if the idea of restoration would catch fire with the public -- the natural world is something to be recovered rather than just protected in pathetic remnants." Amen, E.O.

The story of a life-long dedication to recovering an element of the wild world is told in Hob Osterlund's book Holy Moli: Albatross and other Ancestors, published by Oregon State University Press. Osterlund is a paragon of citizen science. She logs hours and years helping researchers in less than cozy environs capture, band, and release albatross in an effort to understand how exactly they do what they do. Taking off from their breeding grounds off the Hawaiian Islands, Laysan albatross migrate about 2000 miles to the Aleutian Islands, then turn around and go back to Hawaii. Nobody completely understands exactly how they figure out where their home address is after having been gone for so long, nor do they understand how mating pairs manage to meet up with each other, same time next year.

Osterlund underpins her narrative with a personal story that queues up the hole in her heart to be filled by caring for albatross. Losing her mother at a young age, the bereft child is emotionally unattended by her stoic family. "It took me decades to stop looking for the hugs that went missing that day," she writes. What she calls the "eternal longing for a mother's return" fuels her own engagement with the amazing parenthood feats of albatross, their single-focused dedication to offspring. The huge love Hob Osterlund cultivates in herself despite lacking a human object for it for many years is amply met by the epic narrative provided by this species that has crept to the edge of extinction and back. While birds migrating such amazing distances are on the one hand knitting up the threads of biodiversity functioning that make life on Earth possible, sometimes I wonder if it isn't the poetry of their existence that really sustains us. And what do we suppose happens to us, emotionally, if we allow their numbers to dwindle to "pathetic remnants"? What will our own pathetic remnants look like, feel like?