Unbelievable as it might sound, I often feel uncomfortable and even unwelcome in most yoga sites.

And I'm a yoga teacher. Not only that, I run a Yoga Alliance-certified school training students to be yoga teachers.

In light of the recent intimidation and shut down of a POC yoga class at Rainier Beach Yoga in Seattle the yoga community needs to change our practices around safe yoga space.

I'll explain, using my own experience, why we desperately need safe affinity group spaces. These practices are not applied just in the spiritual community or by the left. 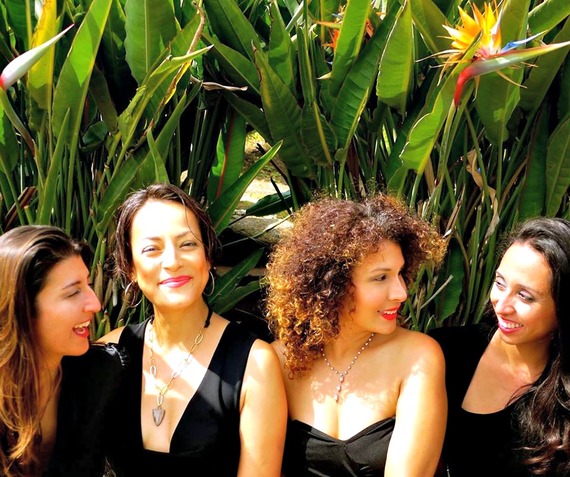 Trusted corporations and institutions of higher learning know the benefit that affinity group spaces can bring. Colleges and universities across the country, such as the UC system as well as private schools, sponsor affinity groups to strengthen success amongst minority (POC) students.

Companies like GM offer affinity groups for female employees. I've seen great success with a POC and allies model for meditation groups over the years to recruit and retain folks of color into spaces where they usually don't feel welcome enough to stay.

According to Marketwatch, for legal and community success, affinity groups can be purely voluntary, open to at times including "allies" or folks who are interested in the group but who don't fit the target demographic, and always remember the purpose of the group is support of its members. 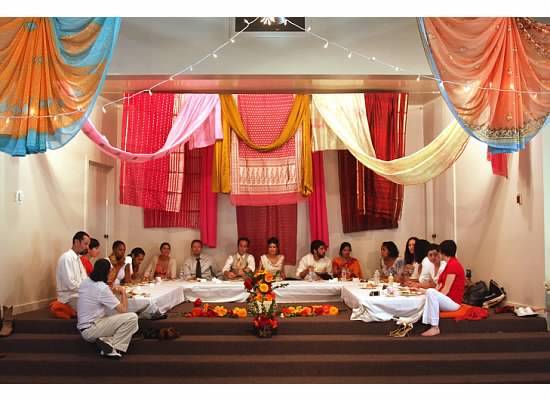 This type of safe space is crucial, culturally beneficial, and shouldn't be seen as threatening or discriminatory.

Here's my personal story about why affinity groups are so needed. Here I go, the Indian yoga teacher, rolling up to my local studio.

Eek. I feel awkward, unwelcome. Because the typical yoga studio and class in most cities I visit (LA, SD, SF, ORL, POR) are filled with teachers and students who don't look like me. And the folks in the classes are who the media feeds back to me as the image of what a real yogi looks like.

Me: Short, brown, mid-30s mama, generally quite average-looking Anglo-Indian woman. I'm sure not the picture of the real yogi -- white, light-haired, lanky, hyper-flexible, uber-healthy maven we see plastered across most yoga media.

Honestly, when you get right down to it, I'd be a lousy Instagram yogi.

I'm not even all that flexible. But I've lived with yoga teachings all my life, trained seriously, practice all 8 limbs sincerely, meditate diligently, integrate practice into life on the daily, and I'd say I'm a pretty darn good yoga teacher. And write some wicked-cool yoga blogs.

I often feel like I don't fit in. And nor do many of my students. As one of my POC yoga students says, "So many spaces, including yoga spaces, are de-facto white-privileged spaces. They don't need to institute policies to keep others out. The nature of the space is enough. We get the message."

So here I go, mat under arm like a badge of belonging, striding up to a studio class. Feeling not skinny enough, flexible enough, or well-kitted out in the new yoga-wear enough to throw my mat down into that homogenous fray. But more than that -- I am not white enough to fit the yoga-norm. 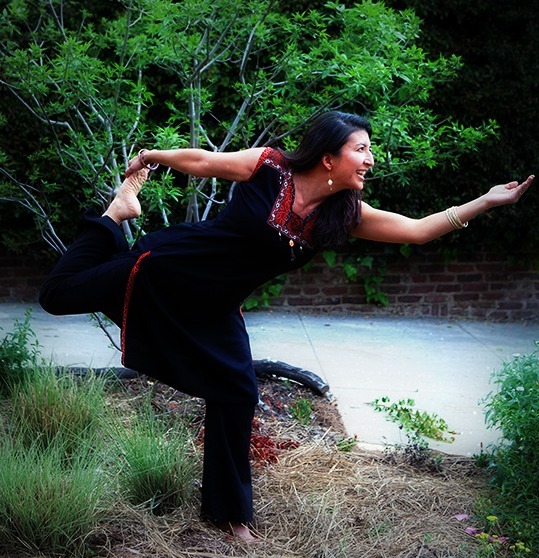 The prayer beads or malas on my neck are not a fashion statement, but part of my culture and spiritual practice. The bindi on my forehead, if I chose to wear it, is a demarcation of my marital and cultural position, not a cute accessory. Namaste is a formal greeting I use with colleagues or elders in my homeland. I know the tri-fold aspect of "Om" as a sacred sound, not as a meaningless syllable chanted at the beginning or end of class. Though I have to say, no matter what the context, that vibration sure feels amazing.

This brown body walks into a typical yoga class that is inevitably catering to the dominant culture and immediately is "other" and out of place. The history and context I walk in with are the battle scars of racism and sexism lining the youth and young adulthood of my transplanted brown body.

The everyday experience of my difference becomes the source of someone's fascination or fear. My presence seen as that of an invader or terrorist in the wrong territory. My body treated as the exotic site of colonizing exploration. My face becoming the sign for ugly.

We don't live in a post-racial society. I've never lived that America.
This is why separate and safe space is not reverse discrimination.

Because white supremacy culture. We live in a world where some lives have been elevated and valued over others, as the racial profiling tragedies, Ahmed's clock, and Black Lives Matter movement demonstrate over and over.

For many of us, it takes a herculean effort to just show up to class. Not to mention life.

I often wonder how folks who aren't as versed in yoga as I, who are less able-bodied, trans, queer, POC, folks with larger bodies do it, regular folks who, like me, don't fit the norm but want to get their flexibility or some peace on, ever make it into a studio class at all. 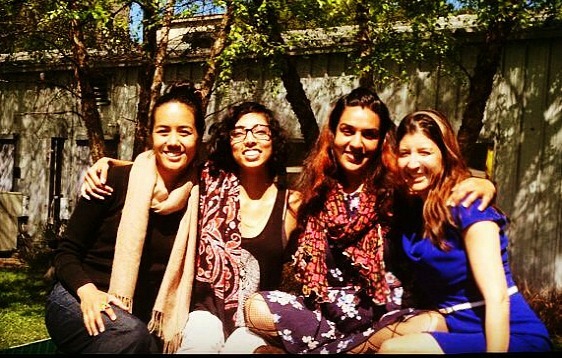 So why, when most yoga classes out there are clearly catered to white dominant culture, do we have any issue at all with folks who don't feel comfy in a typical class creating their own temporary safe space?

Perhaps there's concern because these safe spaces highlight white privilege. And when we take a way privilege, as someone recently pointed out, it feels a lot like oppression. But it really is not.

The dominant paradigm thrives on being the uncontested normal.

It means that those who take issue with the need for POC or queer, trans, women, or other safe spaces really have to sit with the pain and suffering that they or others in their group have caused. And that is uncomfortable. I get it. This stuff is hard.

We POC folks know. We live with the discomfort every day.

So sometimes we just need safe and separate space in yoga sites.
I don't mean to make you uncomfortable, if this does. I'm sharing my experience in the hopes that comfort becomes accessible to more people. So that we all can make changes so more of us can feel comfy. 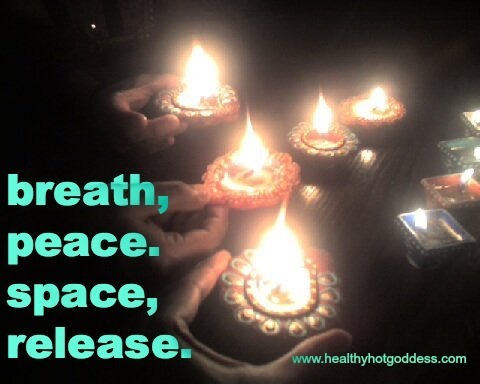 What we are asking for... no, not asking for. What we are creating, is safe space where we don't have to experience that discomfort for just 1 hour out of our week. Where we can rest a bit deeper, breathe a bit easier, since after all, that is what yoga is about.

I know this affinity space is temporary. And I wouldn't have it any other way. I know I need that safe space so I can recharge and integrate, go back to doing all the work I do connecting with all my different folks.

And I think, if you really reflect on it, that isn't too much to ask, is it? Whether you understand or not, agree or not. It's the right to safety and freedom.

So, I'm doing something more with this blog post. I'm calling for some yoga student and studio solidarity. Let's not let this safety get shut down. Let's exercise our power of support. Let's all do it. Make it spread.

POC Safe Yoga space.
The times and climate call for it. The yoga world needs it.

Let's stand with Rainier Beach Yoga, Teresa Wang and Laura Humpf and all their and other students seeking access to yoga that feels welcoming to them.

What if all yoga studios began to offer some affinity group safe-space and POC yoga classes? If you are a studio with no teachers of color on staff, what a great opportunity to notice that. And address the inequity by expanding your hiring pool.

There are some very real concerns with doing this. I know. But there's power in numbers. The more of us who do it, the more normalized the need becomes. We need to expand safety to include more folks.

Perhaps, in addition to POC yoga, there are other groups you serve who would benefit from safe-space. For example, I've seen very useful and successful HIV-AIDS classes, pre-natal yoga classes, AA and trauma-informed yoga classes. So, see what the needs are in your community for safe space. Create it too while hosting POC space.

Let's use privilege as creators of these spaces to make the practice of yoga more accessible to more people. I'm looking forward to seeing a sea of studios I can see more of us in when I roll up to class.

If you are like me and you aren't a studio owner, but you're a person who visits yoga studios or community centers to practice yoga, what we can do is consistently ask, "When is your POC safe space yoga class? I'm looking for that class here."

As yoga students, by asking about safe POC space, we begin to normalize what should be available.

Safety and space to breathe freely are a right that should belong not just to the norm but to everyone -- people of color, queer, trans, healthy or unhealthy, all classes and all body-sizes and abilities.

Let's do this yoga community. It's time we put even more purpose to our practice. 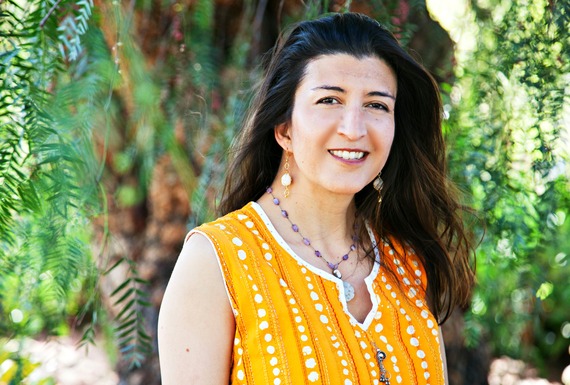 Get updates and her weekly blog at www.susannabarkataki.com.