A year ago around this time I was in discussion with Beacon Press about my memoir. The negotiations moved fast while I kept in mind the trail, over a 10-year span, of 56 rejections from publishers and three hardworking agents who'd run out of their resources, and all along I followed a one-word mantra, "persist." I also tried to practice what I'd heard in a meeting once about leaving the ego at the door. Nothing was a personal rejection, I told myself. So I kept at it, draft after draft. Every writer, every creative, knows the stacks of drafts. 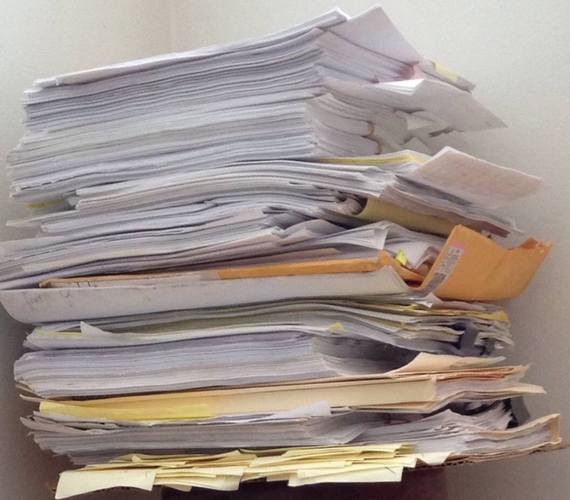 One day my then-agent called and in discussion about my millionth draft, she said: No one cares about people in prison. Which pulled me deeper into my pool of persistence because I wanted people to care, I wanted people to know about incarcerated mothers and what happens to the children they leave, the babies they birth in prison... like the infant I was in prison and the birth mother I left behind who had no options, no hope other than to serve her sentence for a non-violent drug-related crime, just like the millions incarcerated today.

I wanted people to care, and, I'd been through much worse in life than manuscript rejection. Also in a short frame of just a few years, I'd stood face to face with thousands of incarcerated women who confront even greater problems, so I just kept going and going, out of bounds and with no agent and before I knew it I was signing a contract for Prison Baby.

Presented with a terrifying deadline of writing an additional 20,000 words in a few months, which for a flash fiction writer seemed impossible, I kept the word -- persist -- in mind the whole time. Etymology fascinates me and I looked up this word I love so much, not just the act of persistence but the sound of the word with all its hiss. I found an unexpected root, from the Latin, sistere, "to stand," and also related to the French, assister and Latin again, assistere "to stand by, help, take a stand near." Right there, I'm led to enthusiasm for the new year ahead.

This year, rather than commit to goals and a vision for the future of 2014, rather than choosing one word to focus on for the year because I lose focus so easily, I plan to cherish the process of "take a stand near." Whether it's to my core values, to stand near them and embrace what I hold true, or whether it's to my commitment to others -- to reach women in prisons with transformative change ideas -- I'm honoring the process of "stand near."

I know too well the opposite of to stand, in my past taken down to the mat on my knees -- from a business crash, losing a house, a family member draining my every financial resource, my every drop of self-esteem destroyed by addiction to drugs and alcohol, and the even darker side of self-hate and rage. I know how to fall. I also know to follow my instincts, especially the one for survival, the instinct to rise up. To stand. What other option is there? I don't see any.

I keep my eye not on the prize, not on a goal. Rather, I set my sight on one thing: stand up. Get up and go, just go, one foot in front of the other. And so I do, I step, even if I crawl first, even if I'm taken down again.

And so with the new year in our presence, I'm traveling into it with what I know works, with the concept of: Persist no matter what, "stand near" to whatever matters in life, because then three truths take hold:

I wish for all my readers and friends and family, a year of your best "stand near." Above all else, persist.