My sister Barbara Reed did special effects work for a classic Disney movie called "DINOSAUR".
What a joy it was to watch the credits roll, and see her name up there on the silver screen... 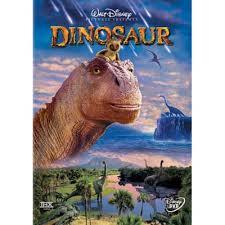 The film's climactic scene showed the "nice" dinosaurs being attacked by a giant predator, a T-Rex perhaps. It wanted to pick off one of those on the outside of the herd--but the hero dinosaur shouted, "Stand together!", and they did, and drove off the monster, and thereby were not eaten.

That was the comedy relief--now comes the serious part.

Imagine you or a loved one has a chronic disease: chronic meaning there is no cure. Even worse, it is an "orphan disease," meaning the numbers of affected patients are not enough to interest the giant corporations. We know it may cost $1 billion or more (plus a decade of effort) to take a single new drug through testing.

How do you raise the money to pay the scientists (the relatively cheap part) to do the early steps of the research, plus the enormous costs of clinical trials-- if your disease or condition "only" affects a hundred thousand people? That is not a big enough market to interest the big companies.

Could different disease advocacy groups "Stand together" to increase their chances?

When they do, as in Prop 71, which united 70 groups (including the 100-group Coalition for the Advancement of Medical Research, CAMR) and became the California Institute for Regenerative Medicine, the results can be spectacular. But such events, unfortunately, are the exception, not the rule.

This is a gigantic problem. Millions of people are incurably ill, and yet we do not join together. Separately, we cannot insist on greater funding; we cannot not demand that existing funds be used more efficiently, to speed up the discovery of cures.

Disease foundations tend to have their own small set of donors and science advisors. The research they support may be too narrowly focused, with little or no interest in other diseases. This attitude is called "silo-ing" after those tall grain storage bins, which stand alone: isolated.

But consider our potential power. An estimated 133 million Americans have one or more chronic diseases--and all those folks have families--if we stood together, no politician would dare ignore us!

What if there was a way to combine our separate strengths--and multiply them, so the whole is greater than the sum of its separate parts?

Alzheimer's researcher Dave Schubert works at the world-renowned Salk Institute. In work supported by CIRM, he has identified drug candidates that do two things:

1. They stimulate the production of new neurons (nerve cells) in the brain.
2. They protect old neurons from dying.

In most orphan diseases of the brain, such as Huntington's and ALS (Lou Gehrig's disease) neurons die and are not replaced.

The drug Dr. Schubert is working on for Alzheimer's might also work for Huntington's and ALS--but he has not got the funding to find out.

Here is what he sees as the problem, and how he would make things better.

"Disease foundations focus on targets specific to their disease, like amyloid (the plaques and tangles in the brain of a person with Alzheimer's). However, they seem unwilling to fund research by scientists outside the scientific group represented by the foundation". -DS, personal communication

In effect, these disease-specific groups have created "tribes" of too narrowly focused scientists, who may miss the larger picture.

What if scientists screened potentially useful drug candidates in all disease models with similar symptoms?

"Many scientists seem to have lost track of the fact that the ultimate bad event in most brain diseases is that the nerve cells die or do not function properly, and are not replaced. Therefore, it is reasonable to assume that an effective nerve-protecting therapy will work in more than one neurodegenerative disease."

For instance, if we had a rat with Alzheimers', and another with Parkinson's disease and both have symptoms of nerve cell death--we should test the same drug on both rats.

What would be the effect on funding?

Consider all the diseases which have nerve death as a symptom, (maybe twelve or fifteen?)-- what would happen if they requested government funding as a group, to study how to fight nerve death?

They would be a huge market, able to attract the major funding needed. Suddenly, suddenly there would be many more opportunities to alleviate what had been orphan diseases.

Computers can help organize the common symptoms of the various disease groups.
Grants should be made available to locate and list these commonalities.

Only patient advocates can make this happen. The scientists might be in favor, and they almost certainly are, but their livelihood depends on their individual success within their "tribes". The funding foundations may also be slow to cooperate with other disease groups because of competition for donors.

But we who pay the price of suffering--either with the disease ourselves, or care-giving for our loved ones--we must make the difference. We can ask that grants be made available so scientists can find the similarities among the diseases. We can share awareness among our separate advocacy groups; we can urge political leaders to increase support for existing programs or set up new ones.

Above all, information must be shared, not locked away where it does no good to anyone. For instance, the California stem cell program has working agreements with 14 countries, but only 8 states. That is 42 short--we should have them all. If every state cooperated, what could we not do?

As with those movie dinosaurs, our choice is clear: cooperate, or fail.

Don C. Reed is the author of "STEM CELL BATTLES: How Ordinary People Can Fight Back Against the Crushing Burden of Chronic Disease", available at Amazon.com 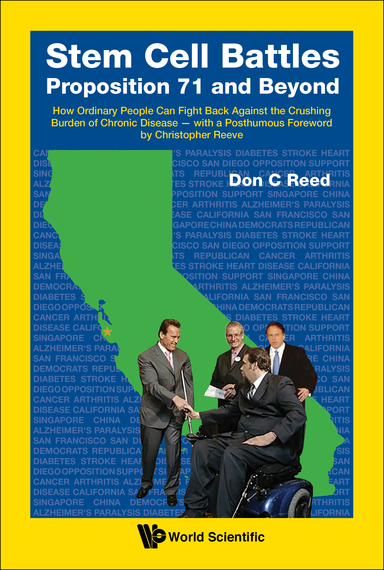