I'm not a fan of small businesses getting involved in politics. In fact, I believe your small business shouldn't publicly support any candidate - especially this year. It has the potential to hurt your business and it's just not worth the risk. However, I completely agree with Carl Freer who said:

"What if there was a way that politics could go back to being about the issues? What if politics took a leaf out of the millennial playbook, and focused on the issues at hand rather than the campaign trail? This would change the entire political landscape."

But what about the smallest businesses in America? Does this impact them?

Last year I wrote a post called Why Serving the Public Includes Serving the LGBT Community. Period. I personally support equality and think this law should be repealed. However, I really don't care about your political, religious or social views. I want to prevent Maine's small businesses from being hurt, either directly or indirectly, from this issue.

PayPal is not going to expand
into North Carolina and
Braeburn Pharmaceuticals
is reconsidering building their $20 million manufacturing and research facility in North Carolina. These corporations will probably get along just fine in another state, and they're getting some great PR in the process.

The same can't be said for the small businesses in North Carolina who need a stable economy to keep their business alive. They need PayPal's employees to stop at their gas stations, eat at their diners, and take their kids to karate classes. 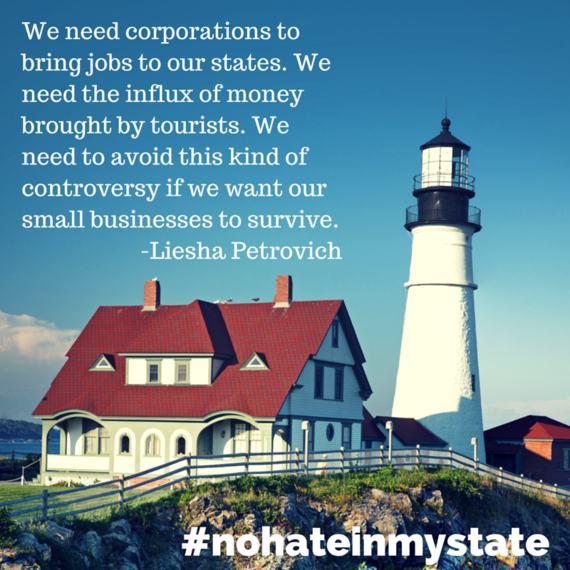 Small businesses obviously operate on a different level than corporations. We're the local owners that support PTO's, Rotary events, and maybe sponsor a soccer team. We're involved in our communities, and we're completely at the mercy of a bad economy.

We need corporations to bring jobs to our states. We need the influx of money brought by tourists. We need to avoid this kind of controversy if we want our small businesses to survive.

Don't Bring this Economic Destruction to My State

In my home state of Maine, we've been voted one of the worst places to do business so many times that we consider it normal. And now an "anti-gay activist who has made headlines for comparing homosexuality to sorcery" is now trying to get something similar to HB2 passed in Maine.

Sure, I could spend time arguing about the ethics and morality of HB2. Who doesn't have a strong opinion on this subject? Instead, I'd like to argue that it's time for the citizens of Maine, and any other state contemplating this small-business-killing law, to think about how it could impact our local economy. 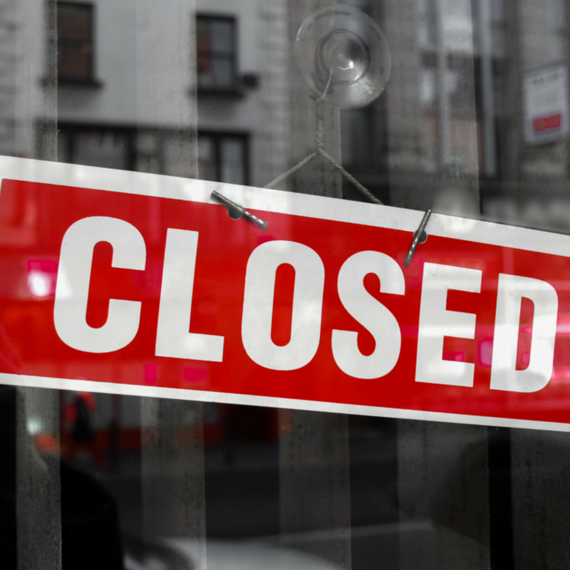 Speaking as a Maine small business owner for over 20 years, we won't all survive another economic downturn. It was a rough winter for our ski resorts and the small businesses that support their customers. We already have empty storefronts and hungry children as over 16% of Maine households are considered food insecure. And another recession may be closer than we think.

This is certainly a moral, ethical and religious issue. It's incredibly emotional and divisive. But make no mistake - this is an economic issue. And one that can hurt our state, at a time when we need every advantage we can get.

So stand up for equality now Mainers. I don't care why you do it (although bravo if it's because you believe in it!).

We may not survive if you don't.