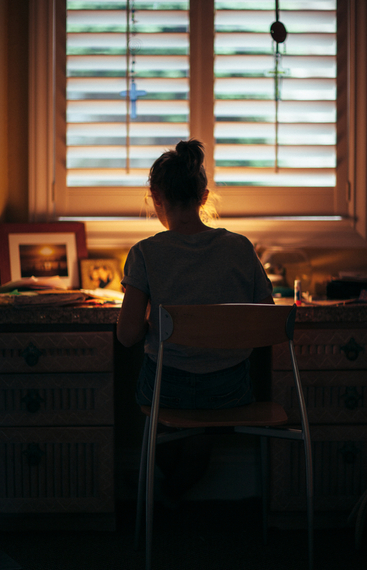 It's no secret that teenagers love their sleep. A groggy high-schooler reaching for the snooze button is a morning ritual in my home, and many others across the country.

Here's what else is commonplace: Many middle and high schools across the country start the school day at 7:30 a.m. or earlier. For students, this means waking up earlier than most adults are required to do for their jobs. And for growing teens, this daily trudge is more than a minor annoyance. Countless studies and medical experts are sounding the alarm (no pun intended): Insufficient sleep is endangering our students' health and learning.

Last month, the National Association of School Nurses and the Society of Pediatric Nurses joined the American Academy of Pediatrics in a vital policy recommendation that middle and high schools start no earlier than 8:30 a.m. to accommodate natural sleep cycles (teens are biologically programmed to stay up later and wake up later). They note that 87 percent of high school students are chronically sleep-deprived, and such regular sleep deprivation is putting our children at greater risk of depression, anxiety and obesity, as well as fatigue-related accidents and injuries. It's also undermining their concentration and performance in school.

The American Academy of Pediatrics suggested that the reason for teens' lack of sleep are complex. The fact is that for most students the "school day" doesn't end at 3 p.m. Many of them are engaged in school-sponsored extracurricular activities, after-school jobs and mounds of homework that keep them up late into the evening. The teens in my home finish their "work day" long after my husband and I do.

For such reasons, fixing the problem of student exhaustion is also complex. We need to reexamine the demands that our education system places on students -- from homework loads to extracurricular obligations. But changing school start times is a good place to start because the potential benefits are well documented. For example, in a three-year study, schools that pushed back start times saw an increase in student performance and attendance, and a decrease in student tardiness, substance abuse and depression symptoms.

Health care professionals are not the only group calling for later start times. Policymakers are taking heed, too. Congresswoman Zoe Lofgren introduced a bill this March -- the Zzz's to A's Act -- that would direct the Secretary of Education to study the effects of later start times on high school students' health and academic performance and submit those findings to Congress.

This is a good step forward, but I believe that the biggest impact is going to come from the people who know our groggy teens best -- our parents and school communities. I have seen the potential for grassroots change firsthand. After my first film, Race to Nowhere, uncovered the ways our pressure-cooker education culture is taking a toll on student well-being, communities used it as a platform to advocate for school policies that put student health first, including healthier homework practices and school schedule reforms.

We want to see these change take hold at a national level. That's why the Race to Nowhere team has launched a new Sleep Campaign, which includes a tool kit, fact sheets and other inspiration to help people advocate for later school start times and spread awareness of the health and learning benefits of doing so. For the first time, we're also making Race To Nowhere instantly available on iTunes to help families grow the conversation about school schedules (and overall student health and learning) in their homes and communities.

Teens love (and need) their sleep, and we love our teens. Let's stand up for what they deserve: a good night's rest.