Warning: Watching this video will make you want to walk away from the internet, zip up your snow suit and go outside to explore a wintry wilderness.

You'd be following the lead of Karol Garrison, the surfer and former U.S. Coast Guard rescue swimmer featured in this brief but mesmerizing video by Seth Haley, posted to YouTube last week. Garrison moved to snowy Michigan from the west coast, he says, but he still seems to appreciate Lake Michigan.

The video follows Garrison and several others on a stand up paddleboarding excursion in January. With the St. Joseph pier and icicle-dripping lighthouse dominating the scenery, Haley captures soaring aerial shots of Garrison navigating among the ice floes.

In the video, Garrison explains what drives him to go paddleboarding in the freezing water. It’s a good reminder that getting out and enjoying nature -- no matter how cold and slushy it is -- can recharge you (especially when you have the winter blues):

You could be thinking, why face the cold, winds, waves, why jump into freezing water to paddle Lake Michigan. You could ask, what is the payoff? For any adventurous spirit, there is this element of risk, the unknown and the idea of something unique and interesting. It’s not foolishness, it’s not getting attention or trying to show off. When I’m about to go paddleboarding or surfing, I literally start bouncing around in the house as I suit up and get my gear ready. And then when I get out there, I find myself smiling and laughing like a little kid, while drawing closer to nature, to my creator.

Garrison may be from California, but his acceptance of the cold and his zeal for outdoor activities certainly make him an honorary Michigander.

Photographer Joshua Nowicki, also featured in Haley’s video, first “met” Garrison while photographing at the beach during a windstorm. He happened to get a few shots of him surfing the turbulent waves, later figured out who his subject was and struck up a friendship, he says. In the video, Nowicki doesn’t leave the adventuring to Garrison -- he gets out on a paddleboard too, still snapping pics of the incredible setting.

See more of Nowicki’s photographs of Garrison's icy paddleboard trip below, and find his other work on Facebook. 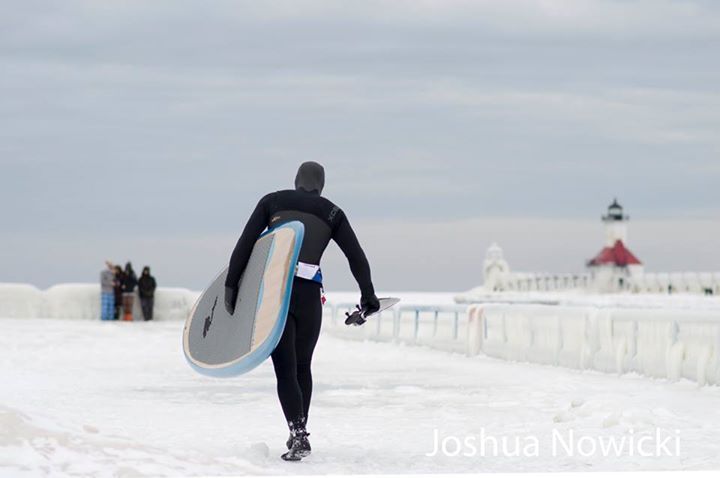 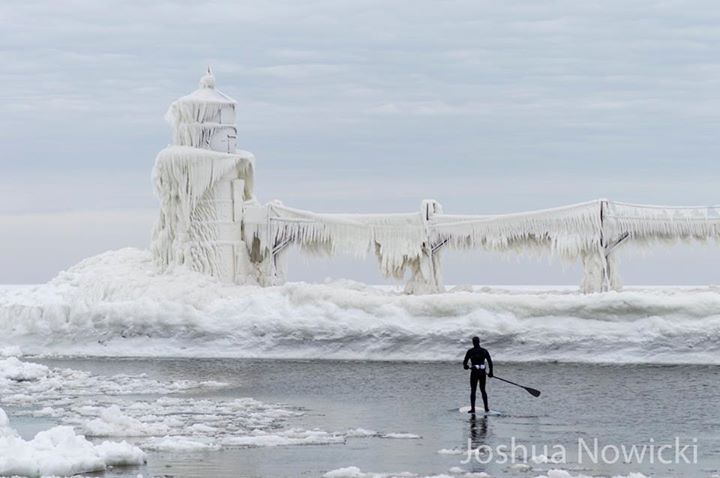 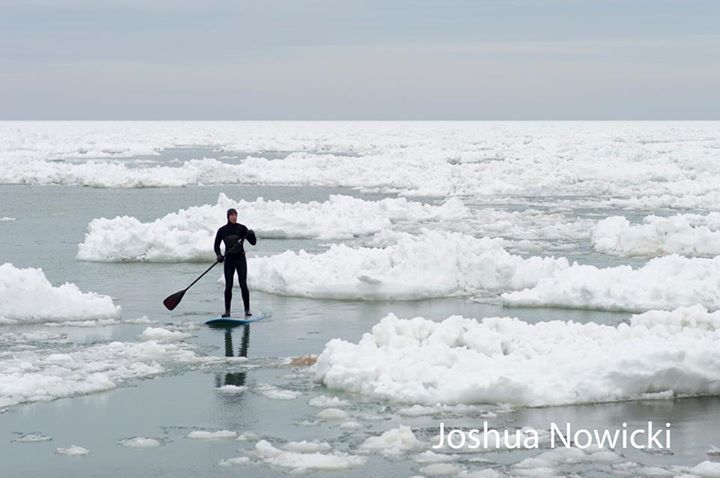 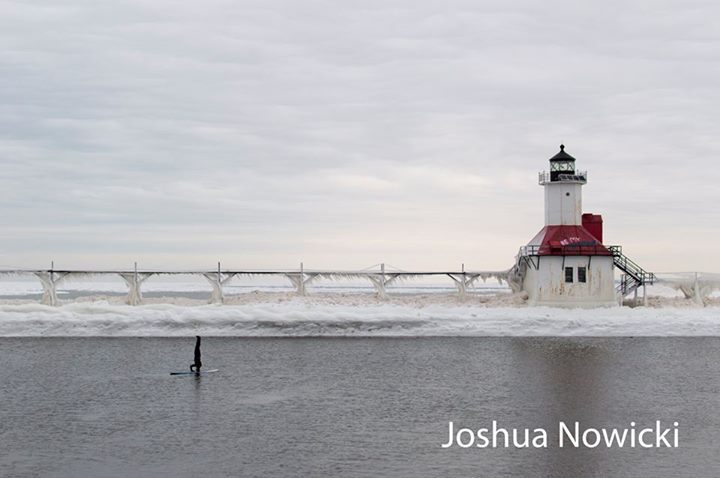 Karol Garrison doing a headstand on a stand up paddleboard in St. Joseph, Michigan, on Jan. 11, 2015. Photo by Joshua Nowicki.