As much as the Internet has done for comedy, like hilarious Twitter accounts and $5 DRM-free downloads, there's no denying that the web has shortened our attention span for humor. We're more likely to absorb new material through 140 character one-liners than we are a one-hour special.

That's why StandUpShots, a new section on Reddit that was recently the SubReddit Of The Day, makes a lot of sense. New York comedian Nathan Anderson created it after he and a fellow comedian discussed the trend of stand-up "meme" photo on the online community. They posted this image summing up the phenomenon and it received over 44,000 views in 24 hours: 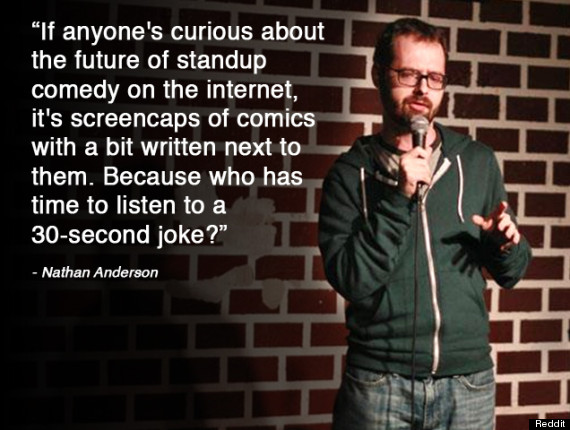 Thus, StandUpShots was born with an emphasis on lesser-known comedians posting their own material rather than fans posting jokes by Louis C.K. or Jim Gaffigan (although you'll find some of those in there too). Along with the photo and overlaid one-line, the comic's name, Twitter handle and in some cases, hometown, are also listed.

"Think of them as trial versions of an app... Like a virtual business card or free sample," Anderson wrote in his SubReddit of the Day Q&A, pointing out that reading one-liners on photos shouldn't replace seeing live comedy.

"As I explained to my comedy friends when pitching the Subreddit: 'You're professional goddamn comedians. I'd hope you're at least as funny as cats,'" he also wrote.

At the time of this post, StandUpShots has nearly 6,000 subscribers in just over a week. So, yeah, we'd say they're keeping up with the cats pretty well. Check out a few of the most popular posts so far below: 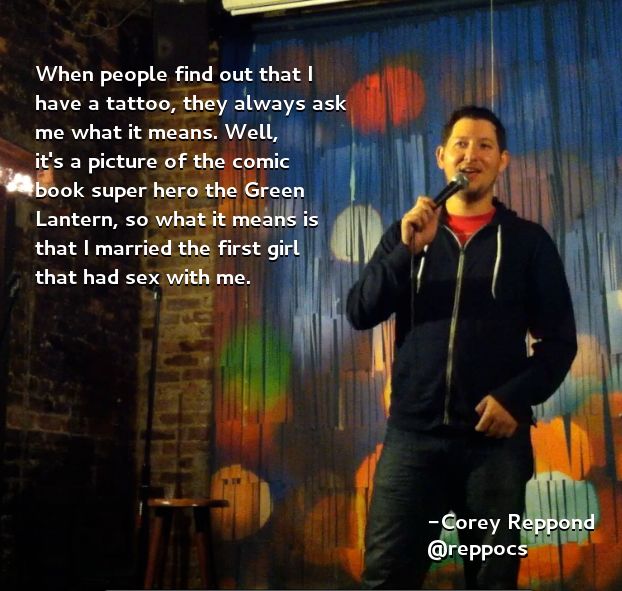