Isn't it time to say that enough is enough when it comes to standardized testing? Let's draw a line in the sand for the future of our country by putting a once-and-for-all stop to the madness of tests created by people other than a child's teacher. We think it is time parents have a choice to opt-in.

The current opt-out movement that has taken aim at stopping standardized tests and corporate education reform is a national effort that has gained considerable traction. In 2012-13, Seattle's teachers scrapped the MAP test and provided a model for actions across the country, from Arkansas to New York. What's more American than being conscientious objectors and exercising civil disobedience? We can't think of much. That said, the entire opt-out movement is predicated on the unfortunate reality that parents and their students should have to take action in order to avoid these tests. Opting out has brought police enforcement, threats and actions from school districts to parents and students, and even a hacker takedown of the United Opt Out website at the onset of the March 2014 testing season.

Audaciously, we believe that every parent in America should be given the choice to opt-in for standardized testing, rather than being forced to opt-out. If these tests are such a precious and necessary part of our education system, have the tests but stop victimizing other children who don't want or need them in the process. Conveniently, the savings to the the country's school districts and the collective pocketbook make the opt-in movement a dream idea for politicians, parents, educators, and patrons and a long overdue nightmare for the testing industry.

Parents, we believe that you -- not the corpo-federal testing machine -- know what is in your child's best interest. We'd like to restore your right to opt your student in to more testing if you so choose. Perhaps there would be a fee associated with opting-in and if a family's income fell below a certain level, free and reduced test prices could be offered. Since the scores from these tests most reliably predict the income demographics of the parents, the requests for testing could be few. Think of the savings!

At present, the American standardized test obsession fits nicely into a grand narrative of failing schools, bogus teachers, and dumb students. Even a casual look at the evidence of the American school system shows us that we have the finest public education system in history. "We top the ranks in creativity, innovation, and entrepreneurship around the world," offers Chris Tienken in Are American Students Really that Dumb? What's driving all of the negative rhetoric about American schools? Who's discussing our 26th-in-the-world ranking in childhood poverty? 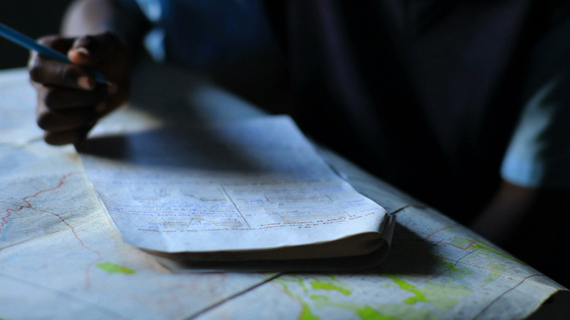 One of the many things at stake here is the relationship between student and teacher, a sacred bond of learning and teaching. The proliferation of teacher evaluation systems based on standardized test scores could force those relationships to change, a fact that is particularly disturbing considering the broken nature of current teacher evaluations. Instead of a teacher getting kids ready for life, careers, and post high school education, the next round of standardized tests could be the focus. Are the days of a teacher looking forward to teaching a class made up of diverse cultures and backgrounds gone? Opt-in can fix all of this.

Some are getting the message and have reduced testing requirements. Nationally, the promise of those changes could be realized if parents contact their state board of education and legislators and demand their parental rights back. Testing consortia are using children as guinea pigs to validate their tests for free, effectively sidestepping parental permission to use their children in a for-profit research project. This and many other violations highlight why we must return rights to parents through opt-in.

We'd like to extend the push to cover any tests that claim to prepare students for tests or claim to predict how students will perform. Predatory companies that sprung up in the wake of No Child Left Untested exacerbate the issue by requiring students to take as many as four tests per year in a single discipline to prepare for the state mandated test. Let's say there's a standardized test in five subjects of a child's schedule, she could potentially take 24 tests over the course of the year. Schools all over America are under the impression -- thanks to No Child Left Behind and Race to the Top -- that in order to score well on tests, students have to take lots and lots of tests in each subject. Common Core ushers in a formalization of this with the PARCC and Smarter Balanced next year unless it is stopped.

What these tests really do is take our students away from the important learning experiences that school can and does provide. Beyond the windfall of money that the education system will save through opt-in, the time wasted preparing for tests and testing will provide teachers across America the ability to create and dream with their students, the ability to teach unfettered from the current testing-palooza.

The nastiest secret about federal and state mandated standardized testing in America today is that it has nothing to do with the students or their learning. It's about naming and shaming public education, data collection for the grand narrative. Let's do the American thing and let the people decide. If parents sign an informed consent form to opt their students in for the national research project called testing and agree to pay for it, they should get first dibs on those test scores. Let's put the test in its place.