An excerpt from chapter 13 of Standing on My Brother's Shoulders by Tara J. Lal 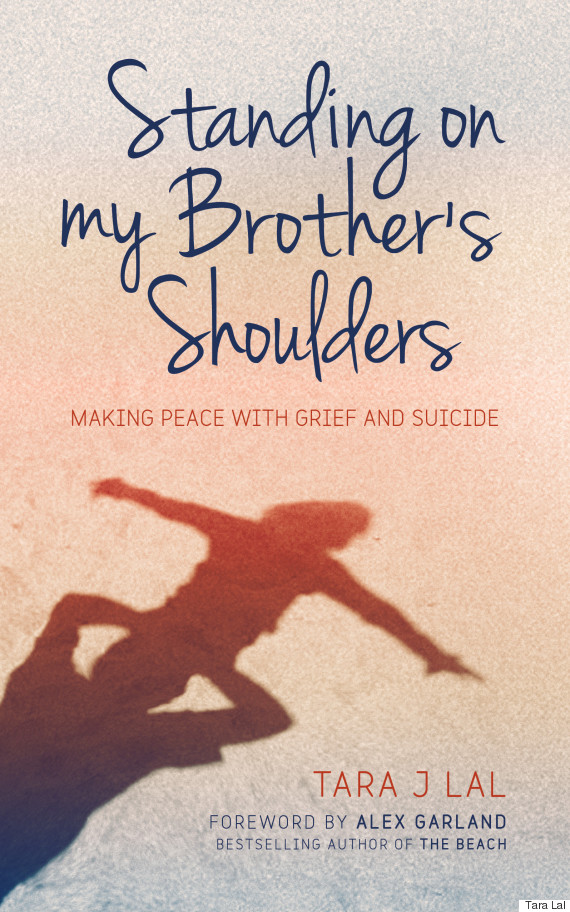 The phone ringing intruded into my dreams. I stirred, vaguely wondering who could be calling at this time. Then I heard the familiar trudge of my dad's heavy footsteps as he climbed the stairs. He knocked on my bedroom door. I glanced at the clock. It was 2.16 a.m.

My body froze. 'What do you mean, he's had an accident? Is he okay?'

'No, stay here ... This had better not be some bloody hoax.' I heard the anger in his voice.

That's how it was: the instant that changed my life forever. There is a reason they call it the dead of night. Four years earlier I had been thirteen when I had woken in the middle of the night needing to say goodbye to my mother. Now I was seventeen and it was Adam.

Nobody knew what had happened: Dad didn't, nor did the police. I knew, though. My body was screaming the truth at me, great waves of horror sweeping through it. And, as hard as my body screamed, my head fought against what was utterly inconceivable.

I lay in bed, my body convulsed with fear while my mind went through different scenarios endlessly.

3 a.m.: Overwhelming fear. Nothing could happen to him.

6 a.m.: All-consuming dread enveloping every cell in my body.

'Adam's in hospital. Your dad's there.'

'No, Tara. Dad wants you to go to school, take the exam. Wait for your sister to get here.'

I want to be with Adam. Why won't anyone let me get to him?

I could see his face. He needed me. Even if he was unconscious, he'd know I was there. He'd wake up for me. I knew he would. I could not bear the thought that he would wake and I would not be there.

Go to school to sit the second Oxbridge exam ... ironic, impossible, ridiculous. Were they all mad?

I went to school. I didn't take the exam. I waited for Jo.

That afternoon, Jo drove us to Oxford. All we knew was that Adam had 'fallen' from his window and hit his head.

'Adam is on life support. There are tubes attached to him to help him breathe. You can talk to him. He might be able to hear you.'

I walked into the room. There before me lay the scaffold of my soul, the support upon which my own life had grown. I sat with Adam, holding his hand. It was limp and cold. His eyes were swollen, oozing, eerily open just a slit, glistening. Were they tears? Tubes pulled at the side of his mouth. I watched as his body jerked and the monitors made a beeping sound, lines zig-zagging up and down on a screen. 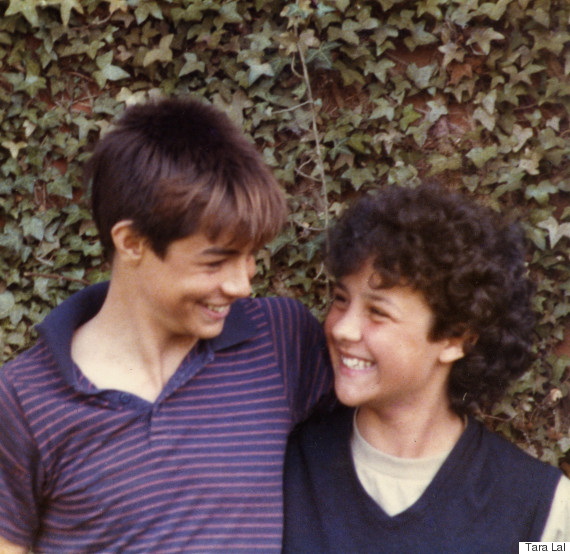 Then, at last, a little time alone with him.

'It's okay, Ad, I understand,' I whispered. I needed him to know that it was okay, he was not alone, and I forgave him.

I laid my head on his hand, just wanting to be close, just me and my brother touching each other's souls. At last some time, a stolen moment, just me and him ...

They told me that if Adam woke he might never be the same again. I said I knew, but I didn't. I didn't care: I just wanted him back at any cost. This couldn't happen. I couldn't lose him.

The days ticked by. I existed, somehow, surviving one second to the next. Then, one day, it might have been day three or four, or perhaps it was day six or seven, or eight, I don't know, I was sitting in the waiting area outside the intensive care unit with my aunt Margaret when the heaviness that I had carried with me since the night of the phone call began to morph into an immense crushing vice, clamped across my chest, strangling me. I could not breathe, I could not cry, I could not move. It was as if I was crammed into a one- foot-square transparent box that was slowly filling with water.

I went over to my aunt and knelt on the floor at her feet, my hands on her lap. 'I need help. I need them to give me something. I can't breathe.'

Then, as I said the words, a dam burst inside me, releasing an unstoppable tsunami of grief. Pulsating howls. Raw pain.

In the years that followed, I would have many such tidal waves of emotion, but never one as hauntingly intense as that. I often wonder how it must have been for my aunt Margaret to live that moment with me, while she was also immersed in her own grief. There have been few people in my life that have been able to take the weight of such intense emotion. My aunt was the first, and it bound me to her. Without her, I do not believe I would have survived. She shared my pain then, as she does to this day.

I wanted to see Adam's room as he had left it. I needed to understand. Then Jo told me that she had gone to Adam's room in Balliol in the middle of the night. She had moved things and cleared his desk. I was furious. How could I say goodbye, how could I understand, if I couldn't see Adam's room as he'd left it? He would have left me a clue. I knew he would. He would have left something for me, something I could hold on to. I needed to be able to piece together his final moments. Jo had taken that from me.

Adam was mine, not hers. I was closest to him. She had hurt him. He didn't want her, he wanted me.

I wanted to lash out, to scream and shout, but I didn't. I never voiced my anger or my needs.
They did an electro-encephalogram of my brother's brain. There was no sign of life. Only the tubes kept him breathing. Dad didn't believe the doctors; he thought they were corrupt.
'Do another one.' Nothing. 'And another one.'

I understand why people in this position cannot comprehend that their beloved is dead. The machines lie, imitating life, allowing you to believe what you yearn to believe. Why would you choose to terminate that hope? Switching off the life support feels like driving a suicide bomb into your family home. I wanted to cling to my brother's beating heart, and so did my father.

The machine kept Adam breathing, kept his heart beating, for nine interminably long days, days that remain in my memory as a continuous dull gnawing emptiness interspersed by lightning strikes of terrifying clarity. I understand why doctors give sedatives to people in grief yet I am glad I didn't have any. I believe that I had to live through those days, feeling the pain, in order to start the healing. That way, I could begin a fragile and tenuous reconnection to life. I had to know absolutely and completely how it felt to be in the quicksand, beneath the earth at the very base of my mountain. Only then could I begin my slow crawl out of it.

This post is part of ShameOver: It's Time To Talk About Men's Mental Health, a HuffPost Healthy Living editorial initiative that aims reclaim what it means to "be strong" by addressing the stigma men face in disclosing and seeking support for mental health issues. Each week we'll share features and personal stories about men and their caregivers as it relates to suicide, mental illness and emotional well-being. If you have a story you'd like to share, email us at strongertogether@huffingtonpost.com.