Not to be confused with, yet reminiscent of the current movie with the same name (both feature many depressing nights in bars) , Standup Guys: A Generation of Laughs by John DeBellis, is one of the most hilarious histories of any era you'll ever read. It puts Kerns' Team of Rivals, about Lincoln and Caro's Passage of Power on LBJ to shame. A book with purposes beyond decorative, it's palliative, yet stimulating, educational yet entertaining, and flattering. (I'm in it.)

So, John, have new traumas tainted your psyche? You've gotten funnier with age.

I don't have any new traumas, the old ones still seem to be working. When they run out I'll have to make more. I don't know if I'm funnier or people's sense of humor has gotten worse. Actually, the truth is that I'm learning to be less funny. It's like a pitcher learning to take something off his fastball, changing speeds to make the fastball more effective. I used to try to punch up every line.

I know -- laughing at you was wearing out my mouth. Do you feel stories from your book can help people counter the PTSD of crazy childhoods?

No, it can just make them feel better knowing that other people suffer. And learning from my toxic childhood that it's possible to handle tragedy without cutting up and eating a neighbor.

Was it your profusion of photos of successful friends that prompted you to write the book?

The pictures came later. And there wasn't one person who refused to let me use a picture of them. That's great considering comics aren't the most handsome bunch on the planet.

Funny was always handsome to me. You've gone from quite a head of hair to none. Were you honoring and emulating Larry David's emerging skull?

No, the only thing I'd want to emulate in his life is his bank account.

This look started when I was trying to handle being newly divorced and Pat Benatar said shave your head, grow a beard, get an earring. So I did. I was meeting LD for lunch that day -- he spotted the earring from a hundred yards away and let me have it for the entire lunch.

He was always so helpful. What impact did all the Jewish comics have on the art form when we were getting started?

Standup in the U.S. had been adopting the Jewish rhythms for decades. Groucho Marx reflected the Jewish influence on television better than anyone. Jewish people's speech back then was made for comedy; they tended to pause and to punctuate at all the right places. Woody Allen made it his own and was my personal comedy hero. Jackie Mason then made that cadence more pronounced. He used to point at me after my sets and say, "You're funny. You're a Jew." See, Italians are usually better at singing because of their culture and genes. Except for me -- when I sing deaf people won't even look at my lips.

Standup Guys: A Generation of Laughs will definitely get laughs from any English-speaking reader. But how will it play in Spanish? German? Japanese?

My spelling would definitely be better in those languages. Actually I had a professional editor correct the spelling in my book then retire prematurely. My humor works the same in any language; in fact it's appreciated even more by the deaf and blind. I was the only comic who would go to hospitals and work to people in comas.

A Webster's Dictionary definition of "stand up" is 'informally courageous and loyal in a combative way' -- how might that apply to the comics back in the early days at the Improv and Catch a Rising Star?

There probably was no one more combative than Larry David, nor courageous. He bombed more than anyone, because of the nature of his material, which was way offbeat, borderline insane. If a chair squeaked at the wrong time he'd lose his temper, thinking he was being mocked.

Michael Richards had that habit. I'd combat hecklers by crying on cue ("Look what you've done!") -- my studies with Stella Adler paid off. I remember Larry heckling the hecklers back.

That was the best. When he got mad, you never knew what he'd say, but to us it was always hysterically funny. He'd slam the microphone down and call customers out to fight, or he'd throw gum at them. Larry and I spent a ton of time together in those early years so I've got lots of LD stories. He was the first person to read and OK the book. The only thing he made me take out was something positive I said about him.

How do you regard standups of today?

It's painful to see the changes in standup. Today when I see a comic, it's like a game, "search for the hidden punch line." There is less concern for the language or the purity of wit. So few writers worry about the color and sound of words, they just lay it out without any flare.

How does the scene differ today from when we were in our 20's, desperately sacrificing our families and dignities for a cheap laugh?

Luckily my family was never offended. I just know that back then we were compelled to do standup. There was no money. It was just something inside us that had to come out besides the 99 cent breakfasts. One difference was that back then, us starving comics dressed to look successful. Today even the successful comics dress to look like they're starving.

But, it was a creative time in the '70s. When we started at the Improv, it was run by Chris Albrecht who was twenty-five. I don't think there was anyone in the club over thirty. Gilbert Gottfried couldn't even legally drink. So, the Improvisation had a real loose atmosphere that encouraged creativity rather than relying on results. For Catch a Rising Star you had to be more polished and the Comic Strip grew its own great group of comics, like Jerry Seinfeld, Paul Reiser, Larry Miller, Eddie Murphy.

They were polishing up for prime time there. The Improv encouraged different forms -- Bette, Andy Kaufman and I incorporated music, others used props and costumes. So many of our peers became major forces as creators of shows and talk hosts in this era. How has the scene changed in late night for stand ups?

One of the reasons for the change is the loss of Johnny Carson. Johnny was our God. He would bring on a new standup or two almost every week. And he loved them.

He knew better than to let me stand up, shackled me sitting down my two stints on his show. He was lovely. A lot of our friends got their starts standing up on Johnny.

You hardly ever see standups on late night now. Since Jay Leno has been the host of the Tonight Show he introduces very few. Letterman is very loyal and you see some of his old buddies like Richard Lewis, but not nearly as many new comics.

Did you enjoy writing for the comediennes, too?

Yes, lots. The first joke I ever sold was to Elayne Boosler. It was "You know you're getting fat when you step on your dog's tail and he dies." I didn't find it any different writing for women. Maybe some of the subject matter was different, or I would change a set up a little. If it was funny for a guy, for the most part it could be adjusted to be funny from women. If I wrote a dick joke, I'd just make sure it wasn't in the first person.

Thanks for including me. You made me and Rita Rudner look good.
You were a major part of the scene. 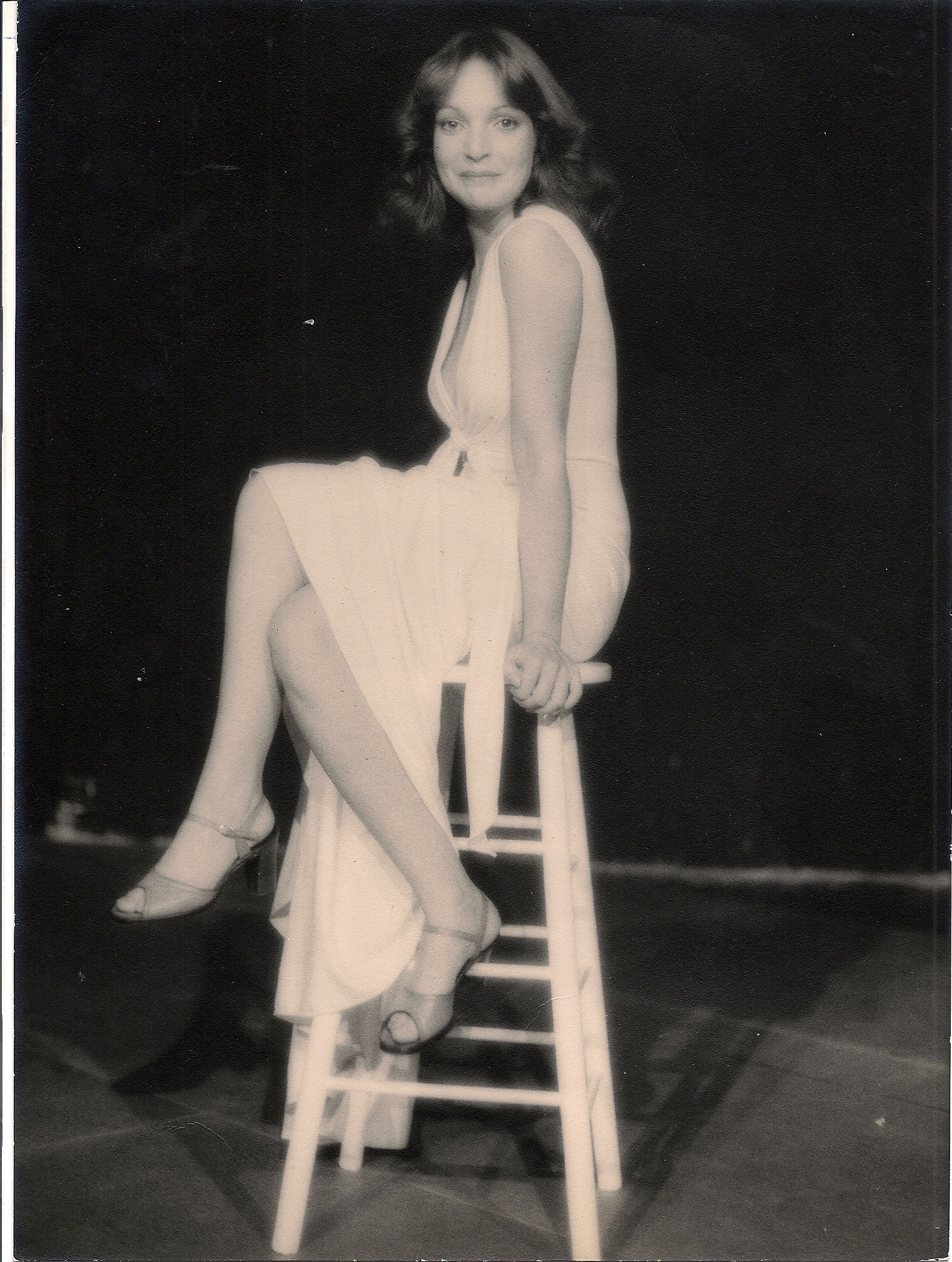 I loved Elayne and Rita. If you think Rita is funny in her act, you should've seen her do Blanche in Streetcar in class.

Sorry I couldn't keep the story about your boyfriend at the time stealing the Woody Allen caricature from Sardis as a Christmas gift to you.

Right. Back then I needed a sense of humor because I didn't know the word for "restraining order." Speaking of Christmas gifts, although a great stocking stuffer, your book should come with a warning and a rating: Children's Guidance (CG 80). Any older, folks might die laughing reading it.

I wouldn't want anyone to die reading my book, but I'd appreciate a good stroke, or a reader being forced to spend some time in a mental institution. I'm joking, of course, but, you know, in some ways, having a person die laughing at one of my jokes would not be a bad legacy to leave. 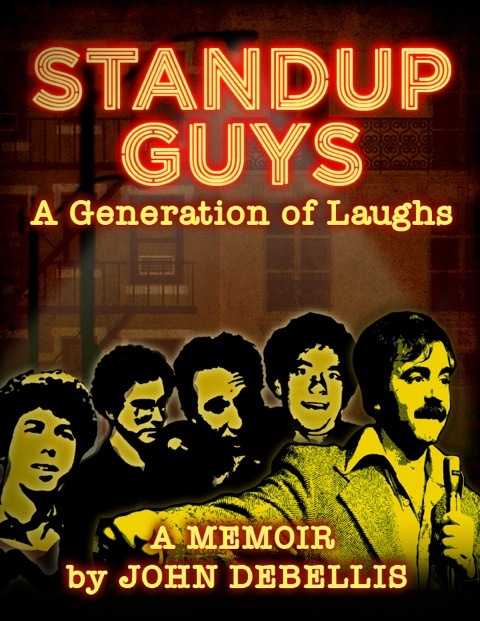