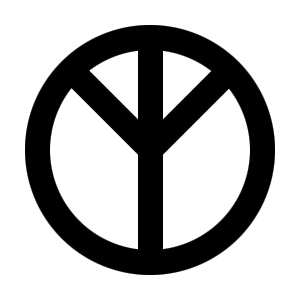 Within my short lifetime, the Berlin Wall came down, Apartheid fell in South Africa and Nelson Mandela became his country's president and received the Nobel peace prize. So, how is it, with all the wealth and peace we have created together, that we are now less happy than when I was born and that we feel no safer or more economically secure than during the Cold War? The sorry conclusion I have come to, is that war is not that good for business. Global Peace studies show the economy of a country with many armed conflicts consistently declines until the point when conflict ends and then the economy soars. Does it make good business sense to destroy countries and then attempt to make money on their reconstruction?

While in the past I have always considered myself a pro-peace person, the difficulty I encountered was in seeing how to personally contribute to world peace or what concrete actions could be taken and how to leverage my knowledge and skills to that end.

My personal perspective on peace was transformed in the summer of 2009 when Mark Nelson and Margarita Quihuis invited me to build sustainable, profitable peace businesses at the Stanford Persuasive Technology Lab. Never before had I connected the terms "peace" and "business". It was rather like seeing a surrealistic painting for the first time and caused me to reexamine some fundamental paradigms about peace and business and how they might be combined with a greater force for good.

Imagine people from all walks of life, logging on to a shared website and creating ideas on ways to reduce conflicts. Do you think it would be possible for us to create an intervention that reduces a small conflict, such as piracy off the coast of Somalia, by perhaps just ten percent within two years? How much money would even a ten percent reduction in attacks save?

Now imagine that every quarter, we gathered the teams behind the five best ideas at Stanford and had the top minds in the world helping us to develop these ideas and make them real. Next, imagine repeating this process quarterly, incubating and launching two or three new, funded peace-creating social ventures, every three months. Imagine that we do this until we find a way to reduce pirate attacks on shipping off the coast of Somalia by ten percent in one year and until the Somalia piracy conflict is history.

Crazy, new, pie in the sky ideas come not just from California and anyone creative enough to question the status quo and be proactive; can collectively begin turning these dreams into reality!