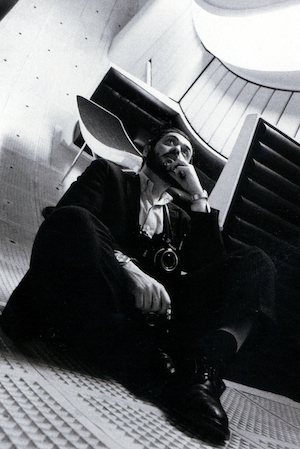 Stanley Kubrick in the interior of the spaceship Discovery from "2001: A Space Odyssey."

On Nov. 1, the Los Angeles County of Museum of Art (LACMA), in partnership with the Academy of Motion Picture Arts and Sciences (those wonderful folks who bring us the Oscars), will present the first U.S. retrospective of filmmaker Stanley Kubrick, a project developed in partnership with the Kubrick estate, a show that originated at the Deutsches Filmmuseum in Frankfurt, Germany, but will be seen here in a more expanded form.

Kubrick, who died in 1999 at 70, was -- for those short of memory or Netflix membership -- the Bronx-born filmmaker of such idiosyncratic and varied works as 2001: A Space Odyssey, Dr. Strangelove, A Clockwork Orange, Barry Lyndon, The Shining, Full Metal Jacket and Eyes Wide Shut.

"By featuring this legendary filmmaker and his oeuvre in his first retrospective within the context of an art museum," LACMA director and CEO Michael Govan says in the press materials, "Stanley Kubrick will reevaluate how we define the artist in the 21st century and simultaneously expand LACMA's commitment to exploring the intersection of art and film."

Well: Bravo! Rarely have I read a quote so loaded and so revealing. All you need to know is right there, and all I need do is unpack Govan's quote -- which I will do, in reverse order.

To wit: "... expand LACMA's commitment to exploring the intersection of art and film." I take this as a phrase serving two masters: First, it acknowledges that the May Co. building at the corner of Wilshire Boulevard and Fairfax Avenue, which has housed only a smattering of exhibitions and a bunch of LACMA offices, is about to become the home of the new Academy Museum, (although this show will be presented in LACMA's Art of the Americas Building). So museum-wise, it is LACMA that will stand at the intersection of art and film. On a deeper level, as the encyclopedic art museum continues to search for its distinctive place in the local and national museum landscape, it is a canny move to tap into the region's most famous industry, the movie biz. This is hardly the museum's first move in that direction; LACMA exhibitions, such as the recent "Dalí: Painting & Film" and the "Tim Burton" show were also ventures into the intersections of high and popular art.

Which brings us to... "Stanley Kubrick will reevaluate how we define the artist in the 21st century." Museums, although most often slower moving than the rest of society, are being forced to rethink what they do, how they do it and who they do it for. So, for example, the Annenberg Space for Photography exhibits at its centerpiece digitally projected images -- it is a gallery that is not really about what is on the walls, so much as what can capture the attention and imaginations, camera-roll style, of an Instagram-saturated generation. The Annenberg Space, like the downtown-L.A. Grammy Museum, which juxtaposes cultural artifacts and audiovisuals in curated shows, have been successful at breaking ground with regard to what a museum can do. 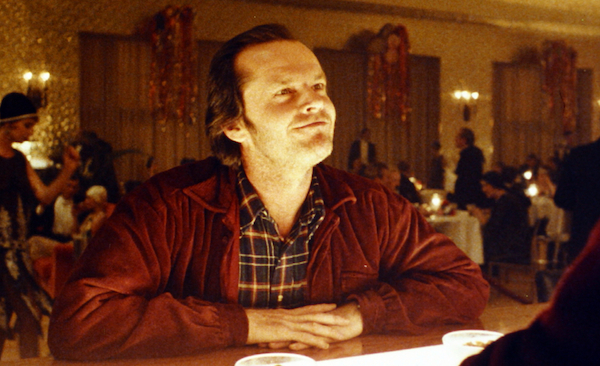 By contrast, Los Angeles' veteran Museum of Contemporary Art (MOCA), under the directorship of Jeffrey Deitch, has, in its attempt to redefine art as fashion and to outsource its curatorial function, been roundly criticized (and deservedly so) for abandoning its mission and its legacy as the place for visionary, large-scale art historical shows that force us to think -- and rethink -- the work of contemporary artists such as Robert Rauschenberg and Arshile Gorky, among others.

Finally: "By featuring this legendary filmmaker and his oeuvre..." You know any time the French word "oeuvre" (body of work) is used, that the other French term "auteur" (literally, author) is not far behind. And if Kubrick is a "legendary filmmaker," what exactly is his legend?

Glad you asked: Legend has it that Kubrick, a poor student, became absorbed by photography as a teenager, selling his first photo to Look magazine at the age of 16 and eventually becoming a staff photographer there. One of his friends from high school, Alex Singer, was working in the offices of the newsreel March of Time, and he helped Kubrick get his first directing assignment, Day of the Fight, about a boxer. Kubrick shot, edited and did almost all the work on the film, thereby garnering firsthand a wide education on every facet of filmmaking.

Kubrick's Hollywood career took off with a pair of Kirk Douglas dramas, Paths of Glory and Spartacus, which he followed with two satirical works starring Peter Sellers -- Lolita and Dr. Strangelove. In those early four films, the actors were the stars. By contrast, though his A Clockwork Orange made Malcolm McDowell a star, it was Kubrick who got top billing for the film.

With the release of 2001: A Space Odyssey in 1968, Kubrick's use of music, his attention to technical details, and the ambition and talent of what went on the screen made the announcement loud and clear (and at great length) that Kubrick had become his films' star. From then on (with the possible exception of Jack Nicholson in The Shining in 1980), audiences went to see a Kubrick film, not to see who was in it.

The exhibition at LACMA promises to reveal the influences and references Kubrick found as inspiration, as well as what archival material, photographs, props, costumes and annotated scripts he used for his technical and artistic innovations.

In his later years, Kubrick became obsessed with controlling every aspect of production, and his research leading up to a project -- his perfectionism and his inventive use of special effects, lighting and camera movement -- would impact the work of a generation of filmmakers to follow and would add to the cult-like reverence for his work. It would also contribute to the eventual stagnation of his career -- he rarely left England and almost as rarely left his home. He spent years on projects that he later abandoned. The result was his work suffered, as evidenced by the fiasco that was his final film, the Arthur Schnitzler-inspired, Tom Cruise-Nicole Kidman vehicle, Eyes Wide Shut. 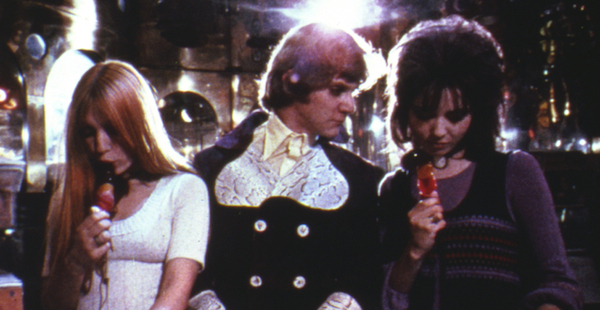 Malcolm McDowell in "A Clockwork Orange."

Film aficionados see Kubrick as a genius. But he was also a Jewish boy from the Bronx who became sealed away from the world by a lens, controlling his narratives on an editing table. Neither he nor his parents were in any way Jewishly observant, but Kubrick, in England, loved to surround himself with Jewish friends, screenwriters and colleagues. His acknowledged great influence as a director was Max Ophuls, whose camera movements he adopted (Ophuls, in turn, gave credit for his use of reverse-dolly shots to director Anatole Litvak -- all Jewish directors).

Late in life, Kubrick spent years on a Holocaust-inspired project called Aryan Papers (which I had heard was based, in part, on Louis Begley's Wartime Lies), immersing himself in research on the Shoah. There are many apocryphal accounts of why he abandoned this undertaking, but perhaps it was just that the film would have required Kubrick to go to a place that he could not, or would not.

The Kubrick retrospective at LACMA will, no doubt, give each of us much to consider, not only in terms of a career and legacy, but also in helping us to examine whether the ephemera of Kubrick's life's work can tell us what's truly great about Stanley Kubrick.

A version of this article appeared in print in The Jewish Journal of Los Angeles.

All photos courtesy of LACMA.