This is the last death gasp of a dying star.

NASA's Hubble Telescope captured this telling image of U Camelopardalis (or U Cam for short), a red giant star in the Camelopardalis constellation, as it became increasingly unstable.

According to NASA, as a carbon star -- U Cam has more carbon than oxygen in its atmosphere -- an eruption like this happens every few thousand years when its core begins to fuse.

The celestial fireworks occur on a much smaller level than this image might suggest. Proportionally, the actual star is just a tiny fraction of what's displayed in this image.

U Cam itself is much smaller than it appears in this Hubble image. In fact, the star would easily fit within a single pixel at the center of the image. Its brightness, however, is enough to saturate the camera's receptors, making the star look much larger than it is.

But U Cam is still a few centuries from puttering out for good, though that's virtually nothing in astronomical terms, MSNBC notes.

Our own sun is still billions of years from turning into a red giant itself, and ejecting material just like this star.

Click on the image below for a larger version, via NASA. 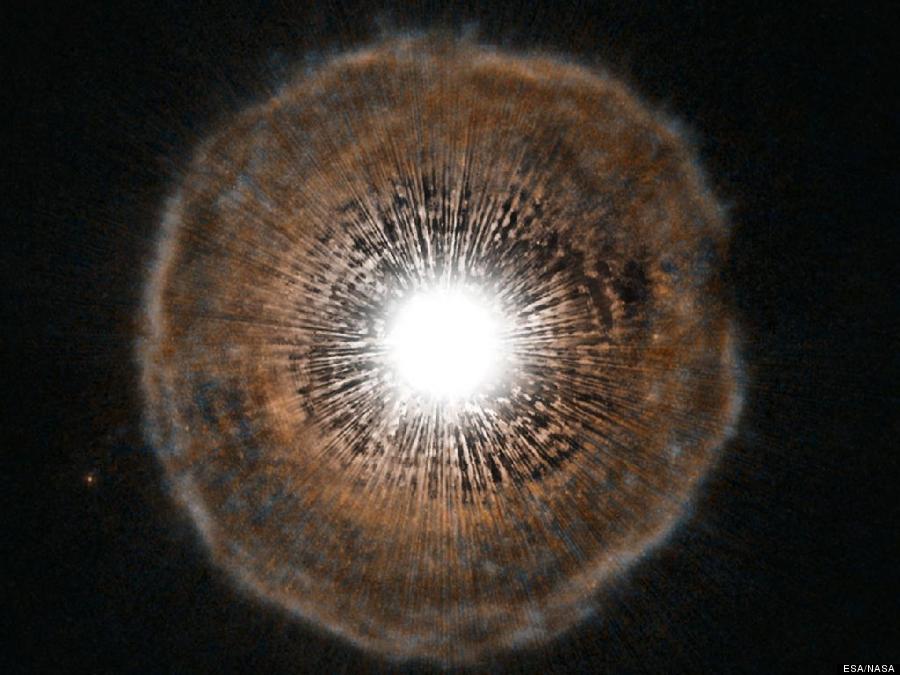