Everyone from teenagers to adults to senior citizens have been touched by the story of Buck Brannaman in the documentary feature Buck. And it's not just because of his incredible way with horses, which made him the inspiration for the book and the film, The Horse Whisperer. What makes Buck so inspiring is that despite the horrific abuse Buck suffered at the hands of his father when he was a child, he did not go the textbook route of continuing that cycle. Rather, with the help of his foster family, Buck grew up to not only help horses, but to help their human counterparts in the process.

It is impossible to chronicle anyone's life extensively in 88 minutes and Buck is no different. After viewing the film, lingering questions remain. Whatever happened to Buck's brother, who was also abused as a child? Did his mother ever try to leave? And why did this even-keeled and soft-spoken man get so emotional with one particular horse in the movie? I sat down with Buck himself to ask him some burning questions that were never answered in the movie. 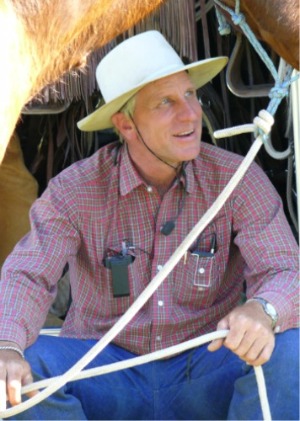 Q: Many in your situation could have grown up to be abusers themselves. How did you avoid that fate?

A: I had a real good idea by the time I was pretty young how I didn't wanna be. I didn't always know how I wanted to be, but I knew what kind of human being I hoped to be and it was going to be so different from him. Eventually at some point everybody has to decide which way they're gonna allow their life to go. Some things you can't control in life, but even when I was a little guy, I always knew that if I was ever gonna be a parent, at least I knew how I wasn't going to be. He could never take that from me.

Q: Was your father himself abused as a child?

A: You would expect his childhood to have been as tortured as mine was, but it wasn't. I met my grandparents on my dad's side only one time when I was seven years old. They were beloved in the community. It wasn't this continuing cycle of violence, so my dad was sort of an anomaly in the family. He became a real heavy drinker and an alcoholic after my mom passed away, but he was just as terrifying and just as violent when he was sober.

Q: Was your dad abusive like that towards everybody?

A: He was at times very charming, very intelligent, very charismatic. The other side of him was terrifying, diabolical, a pathological liar. He created his own reality and he seemed to live there more than the other. There was never a day in my life that I wasn't afraid of him.

Q: Do you remember the first time you saw that terrifying side of him?

A: The first time I ever saw that side, he was running a saddle shop in Coeur d'Alene, Idaho, where we were in my early life. He had built this head stall for a horse. I was only six or seven years old but I knew that he had made it backwards. The (customer) had come by to pick it up and as the guy was walking out toward his car and said, 'This really isn't right.' My dad had been cutting some firewood and when the guy said that, my dad snapped. He took the can of gas for the chainsaw, poured it all over the guy, pulled out a match and said: 'How do you like your head stall now?'

A: He was gonna set the guy on fire! And of course the guy was mortified and he ran to his vehicle drenched in gas and drove away. That was really the first time I saw my dad really go dark. We probably got whipped four or five times a week, but when I saw it go there... that was a sign of what lay ahead for all of us. 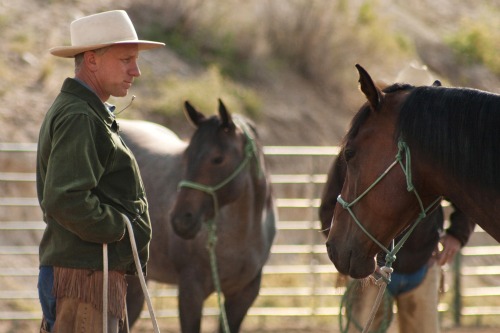 Q: You and your brother both suffered the same abuse from him and were both taken away at the same time and put in to the same foster family. The documentary never addresses what became of your brother. Is he okay?

A: His life took a different route than mine did. He never really was involved with the horses. Right out of high school, he joined the Coast Guard where he spent 25 years and had a very distinguished career. He got married, had kids and he lives a comfortable life in Wisconsin.

Q: Well that's good to hear. What does he have to say about all the abuse?

A: If you asked him, he'd say he was perfectly happy. He would tell you that he was content at that point in his life. But I think a little piece of my brother died when we were young. I remember when we were little kids he could laugh and he was so much more outgoing than me. Then he became introverted. But he found a way to live with it. Everybody has a different way of dealing with things. In the end, his family loves him and he's got good kids.

Q: If your mom hadn't passed away would the four of you have remained a family unit?

A: No, I don't think so. I actually think that the way it tends to go with people like him is the violence always increases -- it never decreases. The violence escalated after my mom died to the point to where if (sherif) Johnny France hadn't come and taken us away, I can guarantee that we wouldn't have lived another month or two. But it was heading in that direction even when she was alive.

Q: Did you mom every try to leave your dad?

A: You gotta consider was the late '60s, early '70s. She was raised in a traditional German family and in a German family, if your family falls apart and you're not longer with your husband, it is the woman's fault. That's part of that culture. The family is ashamed of you if you weren't able to hold it together. So she had that in her upbringing. Plus the fact of the matter was she had no way of raising and supporting two boys without a man.

Years later after I wrote my book, The Faraway Horses, that chronicled my life up to this point, I was asked by the state of Montana to come for their state-wide convention of social workers. I pulled into this parking lot at the Red Lion Hotel in Helena when I remembered something back when I was 11 -- My mom had gone to Helena to take a one week course in selling real estate. As I walked into that hotel, it hit me right then and there. I asked the guy at the front desk: 'Do you guys ever do a real estate school here?' He said, 'Oh yeah, we've been doing it for years.' I realized that my mom was going to leave my father and was going to save us boys. She wanted to find a way to make a living first, but she died before she ever sold her first house.

Q: After you mom's death and the escalation of abuse, what did your dad do after his kids were taken away from him?

A: After we went to live with my foster parents, he would send my brother and I birthday cards every year telling us that when we turned 18 he was gonna kill us. He would tell us that he had been sitting up on the side of the mountain looking at us through his rifle scope. He had enough of the details of our every day life doing our chores, feeding our horses and things, that we realized he was actually watching us.

Q: That must have been scary for you boys...

A: Finally my foster dad went to Johnny France, who was Sheriff of Madison County then, and he told him about it. And Johnny more or less ran him out. He told him in so many words: 'You got so much time to gather up what you need and you better be gone and I better never see you back here again.' 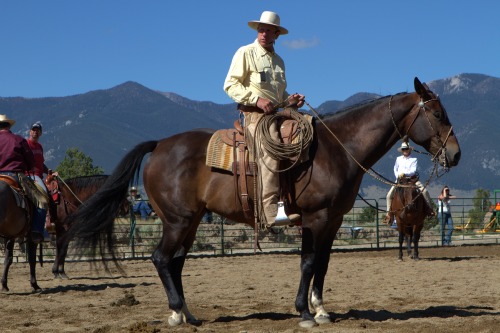 Q: The film mentions your father's death almost as an afterthought. How did it really affect you at the time?

A: Interestingly enough, the influence of my foster mom was so great that I guess somewhere along the line I learned something about forgiveness. My dad was 52 years old when I was born. When I was a junior in high school, I wrote him a letter that said, 'I know you're getting older and I don't want you to die of old age somewhere feeling like I hate you. I don't wanna have to live with that all of my life because you're my dad. I love you because you're my dad and I forgive you." We had some contact over the next few years and I saw him a couple of times. All I wanted was him to die with a sense of peace about him and myself. And he did. As far as needing a father at that point, I was indifferent to that. But I wanted to do what I could to let a pitiful old man die with some sense of peace. But my brother never spoke to him again once we were taken away. They never had contact again.

Q: Are there any traits you inherited from your father? Or were you more like your mother?

A: It would be nice to make up something that I got from my dad that was positive. But to be honest with you, I didn't really get anything that was positive from him. I don't know of anything about my dad that I would embrace, really. My mom, I think so. But even beyond that, it was more the people that I met later on in life that were such a great influence on me, like my foster-mother, Betsey Shirley.

Q: One of the film's most memorable scenes is a woman arriving at one of your clinics with a horse that's so dangerous, so violent that even you couldn't even help it. The next day when someone inquires about the horse, you get very emotional -- almost angry -- and state that "Humans failed that horse." What was going on inside you at the time?

A: No one was more sad about that horse than me. That horse was never gonna be a complete horse because of the brain damage he had at birth. But humans had failed in their responsibility to help that horse learn right from wrong at an early enough stage before he became lethal. It's like a handicapped child that maybe doesn't have that internal ability to be able to tell right from wrong. Someone could have helped that horse understand right from wrong, how to fit in and how to get along in the world. But nobody had been there for the horse to teach him that. It's about taking responsibility and being a responsible parent or a caretaker of an animal, and helping them to learn because you can really have a great effect on them right off the bat.

Q: Sounds like you are talking about your own childhood. You were upset because that horse was you....up until Betsey Shirley came in to your life.

A: Exactly. I'm very interested that you said that. You want people to understand that. Hopefully because of this film that horse will always have value.