The eagerly anticipated Star Trek film is set to cast off the geeky associations of the sci-fi genre with a handsome cast, vicious fights and sex scenes.

The trailer for the new movie was released online on Monday, no doubt fuelling the excitement of Trekkies around the world ahead of the film's release next year.

The fast-paced, busy trailer include snippets of the childhoods of Captain James T Kirk (Chris Pine) and Mr Spock (Zachary Quinto), lending an insight to the men they grow up to become.

The trailer starts with a speeding Corvette going through the desert being pursued by a mysterious driver on a hovering motorbike contraption.

Keep reading or scroll for photos 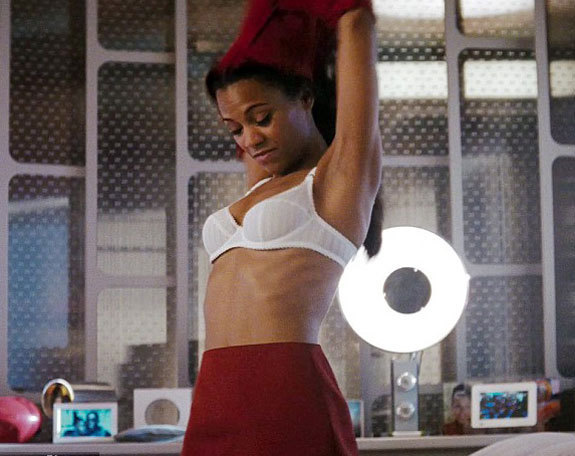 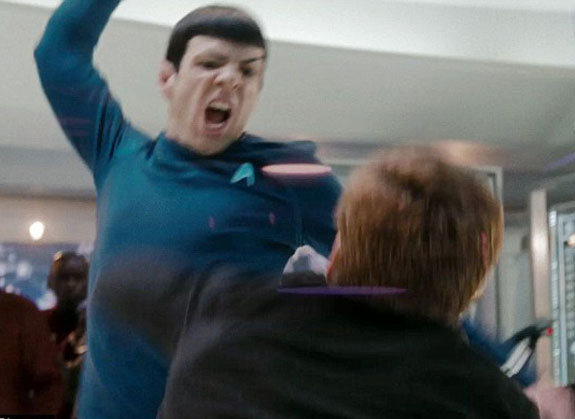