On Sunday, several days before the Minnesota State High School League is set to vote on guidelines that would allow transgender students to participate in school sports based on gender identity, the Minneapolis Star Tribune printed a full-page advertisement condemning the proposal.

The Minnesota Child Protection League took out a similar advertisement in the pages of the Star Tribune in opposition to the policy earlier in September, and on Sunday the group published a second advertisement in the paper. Activists are criticizing the paper for printing the ads, which they say contain blatantly transphobic messages.

The league is scheduled to vote Thursday on whether to adopt the policy after months of controversy.

Below is an image of the advertisement:

Christina Kahrl, a sports writer for ESPN.com and member of the LGBT Sports Coalition, an advocacy group that works to end anti-LGBT bias in sports, told The Huffington Post that the ad misrepresents the policy. Kahrl also faulted the paper for printing the advertisement in the first place, saying that it likely would not have been printed had it targeted another group of people.

"If they had published ads from the Nazi party about B'nai B'rith, or something from the [Ku Klux] Klan about race relations -- the kind of editorial decision that makes you wonder. It's not just a matter of 'we take money and we run ads,'" said Kahrl by phone. "They've accepted responsibility of demonizing trans people."

Kahrl continued, "Trans kids, trans youth, they just want to do the same thing other kids do, so playing sports is totally normal. Going back six years, states have been adopting trans-inclusive policies, 15 states have adopted similar policies. So far we've had none of the things [the Minnesota Child Protection League] is trying to scare people with."

The Star Tribune did not respond to requests for comment.

A petition from the Gay-Straight Alliance Network demanding an apology from the paper had received more than 2,750 signatures at the time of this writing. Two local students are also planning a protest Friday outside of the Star Tribune offices, and told HuffPost they expect about 100 others to join them.

"[The Star Tribune's] message is 'we can put profits above the human rights of people,'" said Molly Burn-Hansen, an organizer of the protest and a freshman at Minneapolis Community and Technical College. "The ads say, 'You don't want your daughter showering next to a man,' which is sexualizing children and misgendering them, and that is not okay."

When asked for comment on the source of the image used in the ad, which was apparently also used on the cover of a novel targeted to young lesbian readers, Minnesota Child Protection League state coordinator Michele Lentz told local Fox affiliate KMSP, "The girl featured in our ad represents all girls competing in Minnesota girls sports, whatever their background, race, color, creed or sexual orientation. They all deserve our protection," adding, "Our ads have been extraordinarily successful in equipping and engaging the public."

The group did not immediately respond to HuffPost's request for comment.

The policy even came up as a topic of debate during the state's recent gubernatorial campaign. During a debate in October, Gov. Mark Dayton (D) said that while he defers to the sports league on the issue, he suggested that "giving transgender students the choice of which team they want to play on is, I think, problematic."

Under the proposed guidelines, a transgender student's parent or guardian would have to affirm the "consistent gender identity and the expression to which the student self-relates." According to the full policy, "once a student has been approved to participate as a transgender athlete ... the student may not return to his/her gender identified at birth for athletic participation purposes unless a subsequent evaluation is undertaken."

Minnesota Newspaper Prints Another Ad Condemning Inclusive Policies For Transgender Students
The Least-LGBT Friendly Colleges, According To The Princeton Review 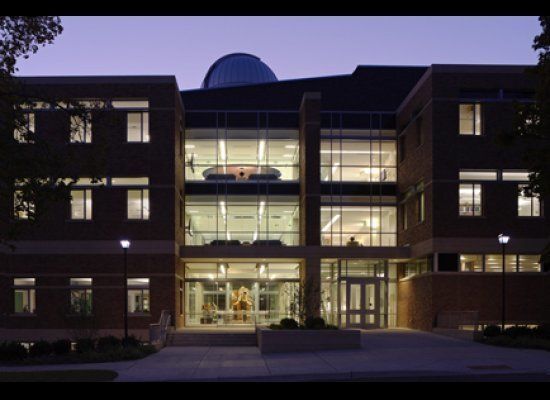