I recently did a compilation, "50 Books About Star Wars." I was stunned by the dozens of books devoted to the subject and how profoundly influential the series has been in our culture. Darth Vader is one of the most recognized images on the planet and Star Wars is one of the biggest franchises in history. It has inspired books about psychology, philosophy, religion and morals.

This list displays the array of subjects and studies the series has spawned, from technical details to the cutting edge technology that brought the visionary tale to the screen and influenced two generations.

It's a list that shows the birth and expansion of a universe whose force has changed the world.

No. 1: The Making of Star Wars: The Definitive Story Behind the Original Film
J.W. Rinzler 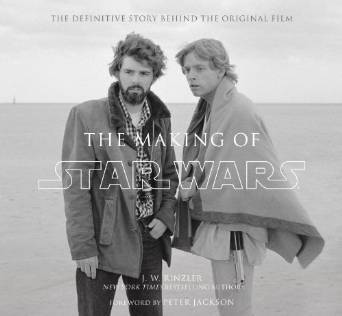 The Star Wars scholar had access to the Lucasfilm Archives and its huge stash of never-before-published interviews, photos, production notes and anecdotes. It's an inside look at the nearly 10-year quest of George Lucas and his team that created one of the most phenomenal movies of all time. It includes the birth and evolution of the characters, budget battles, grueling shoots, and the young film visionaries -- Francis Ford Coppola, Steven Spielberg and Brian DePalma -- who helped in the effort. Most interesting are the interviews during the production: George Lucas, Mark Hamill, Harrison Ford, Carrie Fisher, Sir Alec Guinness, Anthony Daniels, composer John Williams, and the effects masters. 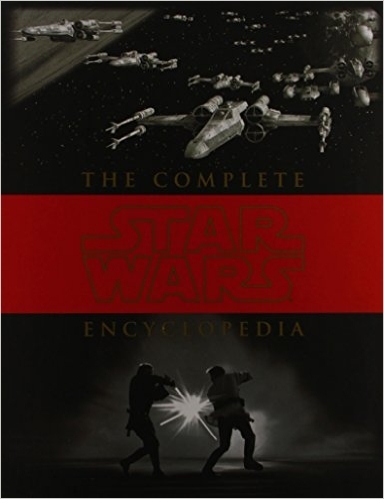 This volume collects 30 years' worth of information on the Star Wars universe, ranging from science and technology to history and geography, culture and biography to ecology and cosmology. It's illustrated with full-color artwork and photos. From character portraits to a timeline of major events and text by the leading Star Wars authorities, this volume has been called a "landmark work." 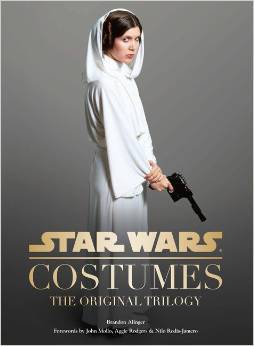 Darth Vader's attire is one of the most recognizable costumes on the planet, along with the white hard-body suit of the Stormtroopers.The Lucasfilm Archives granted full access to the original costumes of episodes IV, V, and VI. With over 200 new costume photographs, sketches, and behind-the-scenes photos and notes, based on new interviews, we get a fresh perspective on the creation of the clothes and costume props that are an integral part of the characters themselves.

No. 4: How Star Wars Conquered the Universe: The Past, Present, and Future of a Multibillion Dollar Franchise
Chris Taylor 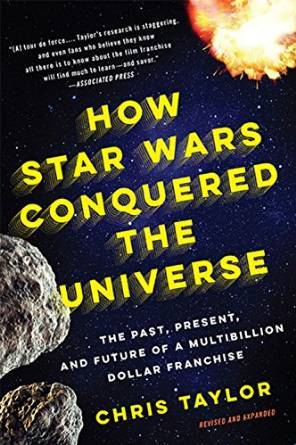 In 1973, fledgling filmmaker George Lucas scribbled some notes for a space-fantasy epic. Four decades and 37 billion dollars later, Star Wars-related products are found everywhere in the world. "Jediism" has evolved into a religion in its own right. Star Wars became one of the most lucrative, influential, franchises of all time. Journalist Chris Taylor traces the series from the difficult birth of the original film through its sequels, and the franchise's death and rebirth. He shows how Star Wars has infused culture as a well-told story with enough substance to influence politics in other countries and spread a universally accepted spirituality. The book is a fascinating study of pop culture, business and our need for myth.

No. 5: The Ultimate Star Wars and Philosophy: You Must Unlearn What You Have Learned
Jason T. Eberl, Kevin S. Decker, William Irwin 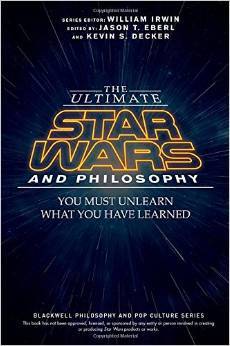 The authors explore the deeper side of Star Wars and its Expanded Universe. There are new takes on familiar topics, such as wondering if The Force has to have a dark side. There's a feminist critique of the portrayal of women, (why is Leia chained to a slug?). The authors examine the philosophical significance of Star Wars on the real world and pop culture. This is a serious work that is fun and fascinating, exploring such questions as: Is the Rebel Alliance a terrorist organization? Was it immoral to destroy the second Death Star? Does it take faith to be a Jedi?

How could you not want answers to these? 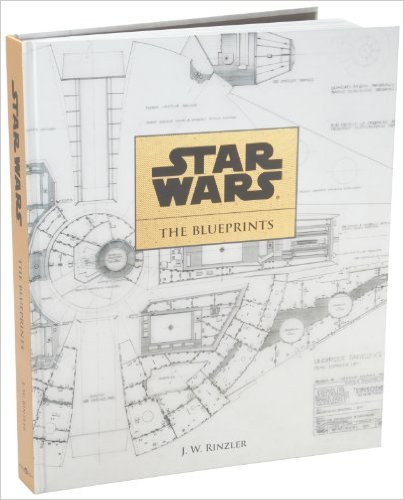 This volume collects the original technical drawings and provides in detail the conception and development of the movie that changed culture. Here are the engineers, designers and artists who created vivid, exotic and enduring locales and sets. Included are more than 250 blueprints and 500 photos and illustrations.

No. 7: Sculpting a Galaxy: Inside the Star Wars Model Shop
Lorne Peterson, George Lucas, Rick McCallum, Phil Tippett
Lorne Peterson, one of the key members of Industrial Light & Magic, the company that created the effects for the Stars Wars films, takes us through 30 years of intergalactic adventures. He tells inside stories and explains how classic scenes were created. He shares insider details about the models developed, along with computer graphics that created pioneering scenes and effects, opening new galaxies in film making. 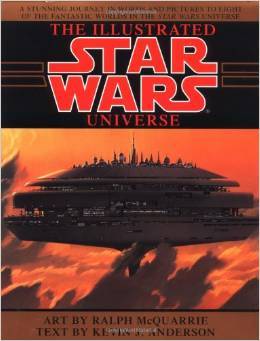 This is a stunning visual journey across the Star Wars universe. McQuarrie, main concept artist for all three Star Wars films, and Anderson, the New York Times bestselling Star Wars author, present close-up look at the fantastic worlds and inhabitants of the Star Wars universe. The reader is guided through eight different locales: Tatooine, the stark desert home planet of Luke Skywalker; Coruscant, the glorious center of the Empire; Dagobah, the swampy world of Yoda; Bespin, site of the floating metropolis of Cloud City; Endor, the forest moon sheltering the Ewoks; Hoth, the frozen wasteland and site of a secret Rebel base; Yavin 4, the jungle moon, nearly destroyed by the first Death Star; and Alderaan, Princess Leia's home world, annihilated by the same Death Star.

No. 9: A Guide to the Star Wars Universe
Bill Slavicsek 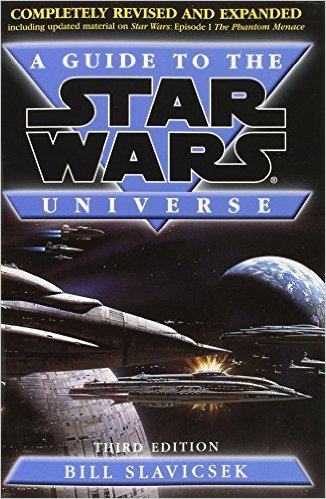 Brush up on how Exar Kun nearly destroyed the Jedi academy or when Han Solo first met Chewbacca and Lando Calrissian. You'll learn where Mara Jade was when the Emperor died. Discover the secrets of the super weapons -- the Death Stars, the Sun Crusher, and the World Devastators. Get an idea how powerful the Black Sun criminal organization really is. If you're looking for facts about the characters, starships, weaponry, droids, alien species, and historic battles, let this book be your guide.

No. 10: The Secret History of Star Wars
Michael Kaminski 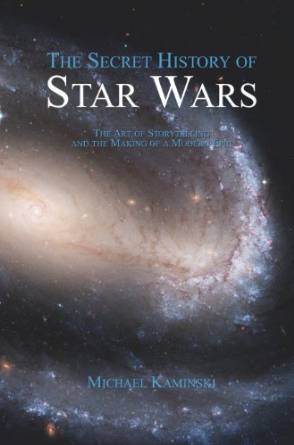 Kaminski presents the history of how Star Wars was written, from its beginnings as a science fiction fairy tale to its development over three decades into the epic that has become, well, universal. We see George Lucas' methods, techniques, thought processes, and struggles. Kaminski, in this unauthorized account, studied more than 400 sources to track how the world's most powerful cinematic epic was created, expanded, and finalized into the tale that has captured two generations. 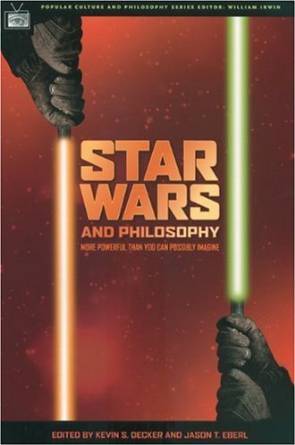 The Star Wars films feature complex themes ranging from good versus evil and moral development and corruption to religious faith and pragmatism, forgiveness and redemption, and many others. The essays here tackle such philosophical questions as: Was Anakin predestined to fall to the Dark Side? Are the Jedi truly role models of moral virtue? Why would the citizens and protectors of a democratic Republic allow it to descend into a tyrannical empire? Is Yoda a peaceful Zen master or a great warrior, or both? Why is there both a light and a dark side of the Force? What does it truly mean to be mindful of the "living force."

No. 12: The Gospel According to Star Wars: Faith, Hope, and the Force
John C. McDowell 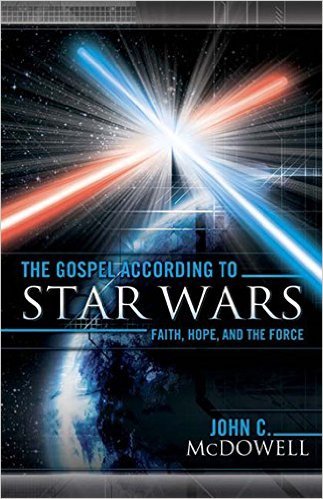 The author explores the many spiritual themes woven throughout the six films. From the Force to the dark side, the issues discussed in the films have a moral and spiritual complexity that, if paid attention to, can help us better understand our place in the world and our relation to others and to God. McDowell argues that George Lucas intended the films to be entertainment and a vehicle for moral education.

No. 13: The Journey of Luke Skywalker: An Analysis of Modern Myth and Symbol
Steven A. Galipeau 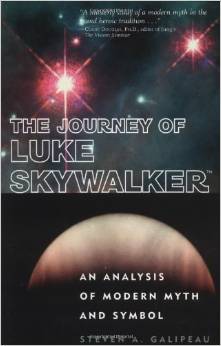 Luke Skywalker's journey -- from his early life on a desert farm to his act of redemption that helps transform an entire galactic civilization -- captures many of the struggles of the modern psyche, and exercises a powerful sway that has the elements of religious myth. Galipeau offers a Jungian analysis of four Star Wars movies, highlighting Skywalker, who is transformed from an inexperienced adolescent to a spiritually and mentally mature adult. 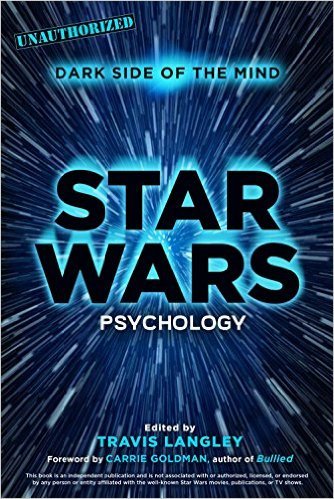 This essay collection offers a fascinating psychological analysis of various aspects of Lucas's richly rendered galaxy. Expert contributors led by Travis Langley ("Batman and Psychology: A Dark and Stormy Knight;" "The Walking Dead Psychology: Psych of the Living Dead") examine such topics as family ties, gender, values, villainy, and heroism. The essays study the recesses of the psyche and shed light on the ultimate lesson of Star Wars.

No. 15: Star Wars Light Sabers: A Guide to Weapons of the Force
Pablo Hidalgo 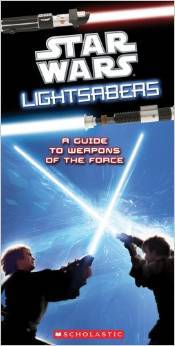 This is the guide to the galaxy's most fascinating weapons. Each lightsaber is as unique as the Jedi or Sith who wields it. Design techniques, hilt length, power source: all of these choices can add up to very different results, suited to particular applications. From Obi-Wan's modification of his Padawan lightsaber to Darth Maul's double-welded model, this book examines each lightsaber in detail, and the secrets of its construction.

For the full list, visit About Great Books "50 Books About Star Wars".