Kids can learn how to code with the help of some friends from a galaxy far, far away.

Code.org, a nonprofit dedicated to computer science education, teamed up with Disney and Lucasfilm to launch a coding tutorial for students, called Star Wars: Building a Galaxy With Code, featuring characters from the upcoming "Star Wars: The Force Awakens."

The tutorial, which is still an early preview, will be available in a completed version by the organization's annual "Hour of Code" event -- held during Computer Science Education Week from Dec. 7-13. The program encourages students to set time aside to try coding, Roxanne Emadi, communications manager at Code.org, told The Huffington Post.

With the lesson's use of some out-of-this-world characters, Kathleen Kennedy, president of Lucasfilm, hopes kids, especially girls, will get excited about STEM-related subjects.

“For generations, Star Wars has sparked kids’ curiosity and imagination, and we hope the appeal of characters like Princess Leia and Rey will help fuel greater participation in science and math, especially among girls, around the world,” Kennedy said in a statement.

In addition to Princess Leia and Rey, characters like R2-D2, C-3PO and BB-8 also make appearances in the lesson. Emadi told HuffPost that the tutorial works in two parts: Kids first learn the basics of computer science through challenges and games, and then students can build their own game and customize it with the environments and rules of their choice.

Emadi said that users are given a unique URL that will allow them to share their game with friends.

"You can really see that the basics of [creating] a game are not that difficult," Emadi said.

The online lesson will be translated into 40 different languages by the time "Hour of Code" kicks off. A tablet-friendly version for beginner and younger students that features programming with drag-and-drop blocks will also be available then.

This is the third year Code.org has hosted its "Hour of Code" iniatiative. Last year, the organization released a tutorial featuring Anna and Elsa from Disney's mega hit "Frozen" as part of the event.

PHOTO GALLERY
Why These Girls Are Learning To Code
Download
Calling all HuffPost superfans!
Sign up for membership to become a founding member and help shape HuffPost's next chapter
Join HuffPost 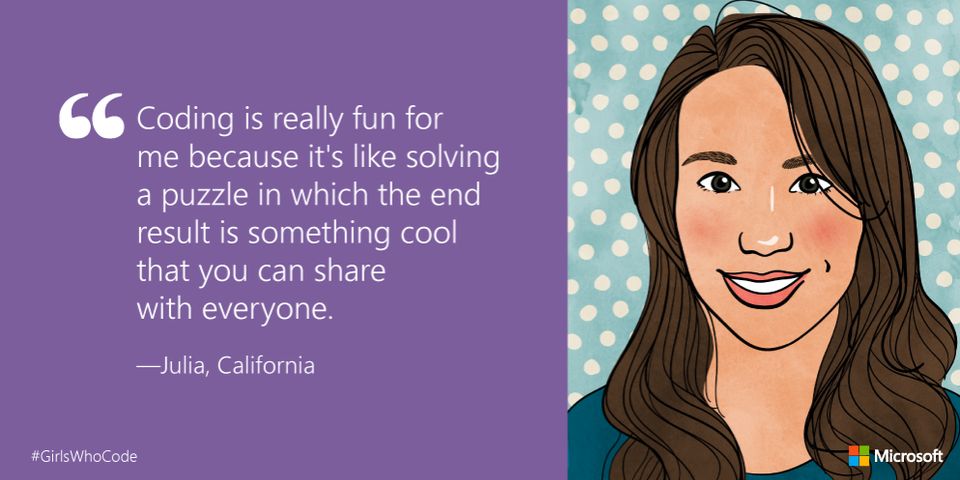