Disneyland opened its long-awaited “Star Wars: Galaxy’s Edge” expansion on Wednesday night with a ceremony featuring some of the biggest names in the iconic franchise.

Hamill recalled thinking at the opening of the “Star Tours” ride in 1987 how “inconceivable” it was to be in a film that was made into a Disney ride.

“I better savor the moment because it’ll never be surpassed,’” he remembered thinking. “And yet, look at where we are today. We get our own land.”

Before ceremonially opening the land, they honored Chewbacca actor Peter Mayhew, who died last month at the age of 74.

Iger called up to the cockpit, where someone portraying the beloved Wookiee attempted to fire up the ship. When it faltered, Iger asked for some help ― which is what brought Ford to the stage.

“She may not look like much, but she’s got it where it counts,” he said as he approached, citing a line from the first film.

As fans cheered, Ford paid tribute to his old partner in the cockpit.

Then he banged the side of the ship to “start” the engines and kick off the opening of “Star War’s: Galaxy’s Edge.”

The land opens to the public on Friday, but fans hoping to see it may have to wait a little longer: It’s available by reservation only through June 23.

Online reservations to access the land were filled within two hours. The only other way to get one at the moment is by booking a room at one of Disneyland’s three official hotels.

A twin version of the land opens at Walt Disney World in Florida in August. 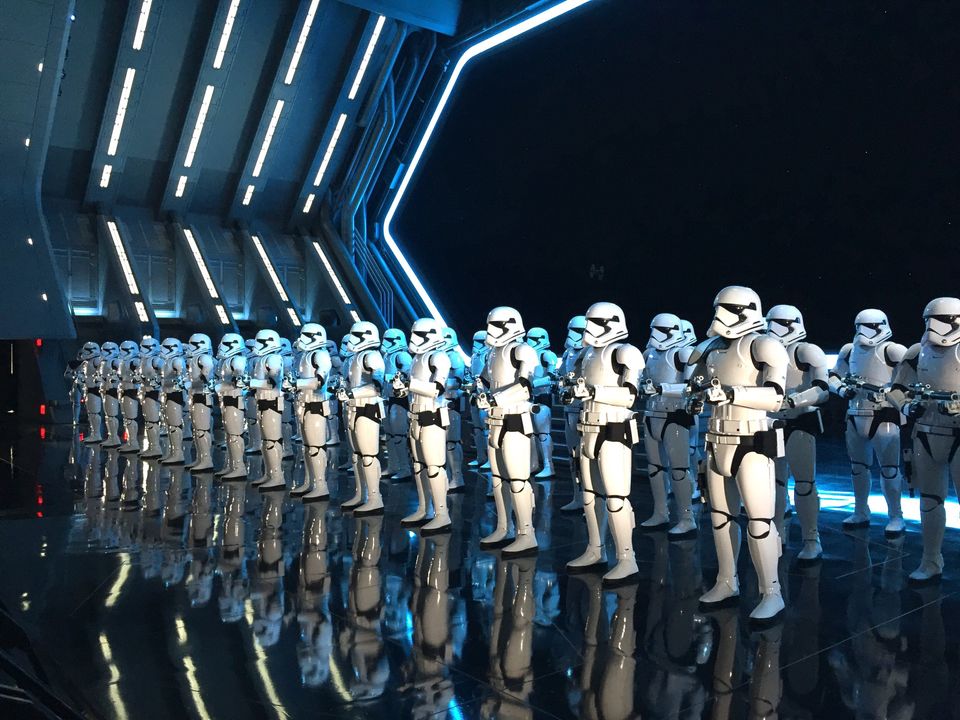