May the forced plots be with you.

Unless you actually grew up in a galaxy far, far away, you know what the deal is with "Star Wars." George Lucas originally created three movies in the '70s and '80s, and then went back to make the first three episodes of the saga in the '90s and '00s. This writing structure may have caused some questionable directions to the storyline, but that didn't matter too much: The movies were extremely successful, and "Star Wars" is cherished today as one of the greatest additions to American cultural canon. ("Episode VII" is due out on Dec. 18, 2015, the first part of a third "Star Wars" trilogy.)

Famously, the movies would add twists that didn't quite add up in scenes that came in earlier movies, most notably Luke and Leia being almost lovers-turned-twin siblings. But although mistakes like that are a bit weird, we wanted to find plot holes that really mess with the integrity of the movies.

In honor of Carrie Fisher's birthday (Oct. 21), here is a loving takedown of "Star Wars." These may not change how you think about the classic saga overall, but the glaring holes will definitely throw you off the next time you binge watch Lucas' series all the way through. 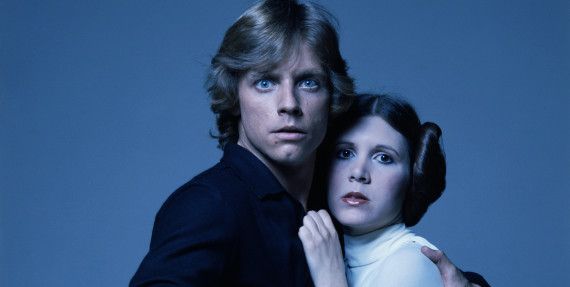 In "Star Wars Episode III: Revenge of the Sith," Padmé Amidala gives birth to the twins, Luke and Leia, who are the children of Anakin / Darth Vader. It's decided that since Padmé dies in childbirth, the twins should be hidden away so that Emperor Palpatine and Darth Vader cannot find them. Instead of having the children lie low and change their identities, Leia becomes a princess, a title that should raise red flags due to her mother despite being adopted by Queen Breha Organa, and Luke retains the Skywalker last name and grows up on Vader's home planet of Tatooine. You wouldn't even need the Force to find these two and although they were supposed to have died with Padmé, you'd think rumor would get around that there's a princess with questionable lineage and that a Skywalker is on Tatooine.

Also, Obi-Wan Kenobi is supposed to be hiding out on Tatooine. Fortunately, the outfit he wears seems to blend with the local fashion; it's nothing fancy and makes sense for him in "Star Wars Episode IV: A New Hope." But then, George Lucas decided that Obi-Wan's basic clothing was actually the uniform for all Jedi in the prequels and therefore Kenobi's outfit makes no sense retroactively. Everyone would recognize him as a Jedi wherever he went and the Empire would have an easy time hunting him down.

When Luke Skywalker first sees the Millennium Falcom in "Star Wars Episode IV: A New Hope," he remarks that it looks like a "piece of junk." Then, probably a bit hurt, Han Solo brags, "She'll make point five past lightspeed. She may not look like much, but she's got it where it counts, kid. I've made a lot of special modifications myself." In "Star Wars Episode V: The Empire Strikes Back," Lando Calrissian claims the ship is the "fastest hunk of junk in the galaxy." As noted by Wookieepedia, there are six "Star Wars" galaxies "directly accessible by the time of the Galactic Empire," with the main galaxy where the action of the films take place guessed to be about 120,000 light years in diameter. Unfortunately, if this is considered a fast ship in the "Star Wars" universe, then the space travel would take far longer than the movie shows.

It is possible that Han Solo simply didn't know how fast his ship could go and that "hyperdrive" makes the travel possible, but since Solo is so proud about tinkering with his own ship, it seems unlikely that he wouldn't know exactly how fast it could go. Regardless, "hyperdrive" has been explained into the universe, as one "Star Wars" fan notes in a forum:

In modern explanation the "past lightspeed" bit has been retconned away. Instead there are the hyperdrive classes with a reverse scale. The higher the number the slower the ship. So a Class 1 hyperdrive is one of the fastest, but the Millennium Falcon has a 0.5 class hyperdrive. Twice as fast as a Class 1. Just how fast a Class 1 is is never really explained. 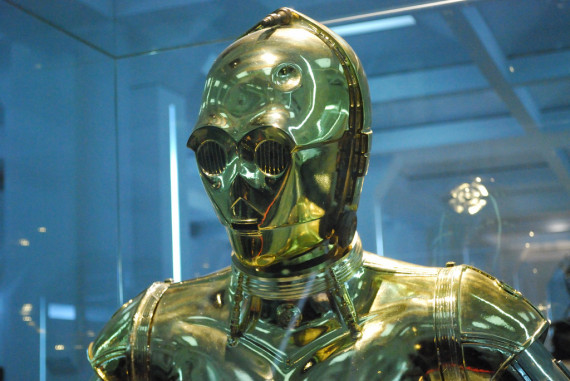 Before he was Darth Vader, Anakin Skywalker built C-3PO. Eventually, he gifts the robot to Padmé Amidala in the canon cartoon-series "The Clone Wars" and then after their marriage, Skywalker hangs out with Amidala's R2-D2 quite a bit in the cartoon. Although other robots exist in the "Star Wars" universe that look similar to these two and C-3PO's memory is wiped in "Star Wars Episode III: Revenge of the Sith," given the extremely intimate relationship he had with these two, it seems ridiculous that Darth Vader would not recognize them.

Given the amount of interaction Obi-Wan Kenobi had with the two robots in the prequels, it would also make no sense for him to not recognize them in "Star Wars Episode IV: A New Hope." Granted, as one "Star Wars" fan explains, he may have been faking ignorance:

Obi-Wan never explicitly stated in the three "Star Wars" movies that he didn't remember R2-D2 and C3PO. He merely told Luke he never remembered "owning" a droid, which was indeed the case. Considering that he told from a "certain-point-of-view" about "Vader betrayed and murdered your father" (to prevent Luke from prematurely learning the truth he couldn't handle yet), it seems very plausible that he ALSO was pretending to not recognize the droids, for the same reason.

Seems like a retroactive explanation for George Lucas' mistake, but a decent point, regardless. Owen Lars probably should have also recognized the robots, but as he didn't have quite as intimate a connection, it's perhaps plausible that he simply forgot.

A main story arc in "Star Wars: Episode V: The Empire Strikes Back" is that while the Millennium Falcon is being chased to Lando Calrissian's Cloud City, Luke Skywalker is learning how to be a Jedi from Yoda. Despite a brief detour in a meteor, the Millennium Falcon seems to get to Cloud City in relatively short time, and since the two scenes are linked that also means Skywalker learned how to be a Jedi in an afternoon.

Granted, in point two, it was mentioned that it should take a long time for the Millennium Falcon to travel, but plot holes shouldn't be used to explain away other plot holes. Don't encourage black holes into "Star Wars."

Anyway, Skywalker does abandon the training early to go save his friends, but when he returns in "Star Wars Episode VI: The Return of the Jedi," Yoda tells him he has nothing left to learn and that all he needs to do now to become a Jedi is to defeat Darth Vader. Surely, young Skywalker could have used more training to defeat Vader than the amount of time it took the Millennium Falcon to visit Calrissian. To make it even more clear that it doesn't take long to get to Cloud City, Skywalker then uses his swamped ship to quickly get to his friends to help them. Something doesn't add up here.

Also, this is a side note, but Obi-Wan Kenobi claims he was trained by Yoda in "Star Wars Episode V: The Empire Strikes Back," but then in the prequels it's clear he is mainly trained by Qui-Gon Jinn. Yoda doesn't really work long hours.

This is a famous plot hole, but perhaps a dubious stretch. In "Star Wars Episode VI: Return of the Jedi," Luke Skywalker asks about Leia Organa's mother and Leia says she doesn't really remember much as her mother died young. Then Organa says, "She was very beautiful. Kind, but ... sad." As mentioned before, their mother dies in childbirth, so Leia is apparently remembering somebody else. How can she be Skywalker's twin if she remembers a mother? In reference to Skywalker, Obi-Wan Kenobi says "That boy is our last hope." Yoda replies, "No ... there is another." Is there actually no new hope then?

Granted, as one Reddit user explained, this memory might have been caused by her ability to use the Force:

While training with Yoda, Luke learns that "through the force many things you will see ... the future, the past, good friends long gone". Later in the movie Luke calls out to Leia from Bespin and she receives his "force message" and his exact location without realizing she is using the force herself. So we know Leia is force capable (Luke confirms this to her in "ROTJ" as well) so it is entirely possible that Leia can remember "images" of her real mother being "beautiful, but sad". Keep in mind that Leia doesn't have any concrete memories of her mother, just the images and feelings she described. In "ROTS," this how we see Padmé just before she dies.

Do you believe in magic? In 2012, Disney acquired "Star Wars." This certainly doesn't cause a plot hole as Disney movies are not all in one canon, but maybe there should still be an explanation of Disney magic within the "Star Wars" universe and whether Darth Vader is simply strong with the force of pixie dust. What Mickey Mouse can do with those brooms in "Fantasia" certainly looks like the Force.

CLARIFICATION: This post has been updated to note that Princess Leia was adopted by Queen Breha Organa and that the action of the "Star Wars" films take place in one galaxy far, far away.

Photos From The Star Wars Set