Global Risk Insights recently spoke with Dr. ​Zachary Feinstein at the Washington University in St. Louis about the connection between science fiction and political risk.

The human race has never known any limits to the imagination. From energy exploration on the moon to the space act signed last November by the Obama administration, space and science fiction mixes seamlessly into the possibilities of innovation and future opportunities. What lessons does this genre hold for analysts and researchers of international affairs, economics and political risk? 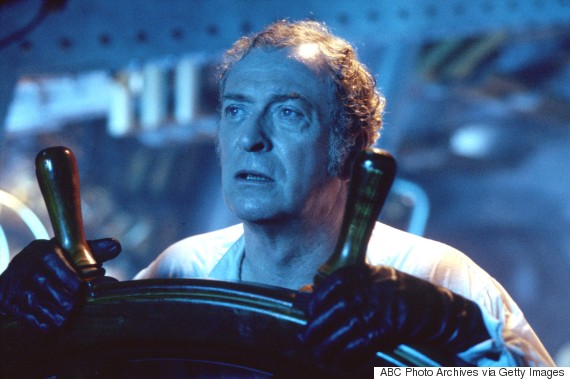 The "20,000 Leagues Under the Sea" miniseries inspired by the Jules Verne novel takes place in 1886. (ABC Photo Archives/ABC via Getty Images)

What is some of the history of political risk in the world of science fiction? Do we see elements of risk in works such as "The Foundation" series by ‎Isaac Asimov? What can business analysts and students of political economy and international affairs learn from works from the classical age, or from sci-fi, in general?

The history of political risk in science fiction goes back even before Isaac Asimov to the original classics. It goes to Jules Verne and H.G. Wells. "20,000 Leagues Under the Sea," it begins with an international incident. This is where political risk begins to appear in science fiction. Captain Nemo begins his journey after his family is murdered in a war.

Going forward to the "Foundation" series, you see the idea of psychohistory and the first and section foundation. This is the done by the mathematician Hari Seldon to hedge his bets in regards to the political risk and to make sure the dark ages did not extend 10,000 years. This was based on statistics, mathematics, and low probability events; psychohistory and the second "Foundations" was how to restart a stable, galactic government when these low probability events, such as The Mule, happen. This character was depicted as powerful warlord that was extremely powerful. However, it turned out that he was a lot weaker than everyone thought he was.

The Economics of 'Star Wars' 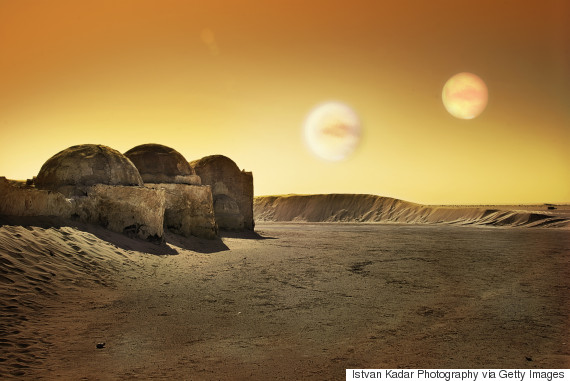 What parallels does the original "Star Wars" trilogy have to economics here on Earth? What examples of political risk exist for the Imperial government and normal citizens of the Galactic Empire and the post-war order?

The Galactic Empire has to have a tremendous amount of economic control.

This would be done through the banks in existence; the "InterGalactic Banking Clan" was nationalized, which is as close as we come to a central bank in "Star Wars." This is almost a "too big to fail" institution that is closely linked to a dictatorial regime.

Once you have the downfall of that regime, they knew that those who would come to power would choose to not rescue this bank. Even if they could do so, in the wake of the Galactic civil war, you wouldn't have this institution survive. The "InterGalactic Banking Clan" would go under. Other banks would be affected. This would spread into the financial sector and into the banking sector. This would impact loans and commodity pricing and spread throughout the economy.

This is an example of a low probability event (the Rebel Alliance taking out the empire). In one sense, this would be good from a political freedom point of view but in the short term would have big economic consequences, like the IMF or the World Bank would have to provide loans to the new government. But we'd likely end up with economic disaster.

This could even impact regular citizens who were largely left alone by the empire. If you look at life on Tatooine, until the droids and stormtroopers showed up, Obi-Wan Kenobi and Luke Skywalker didn't seem to be impacted by the empire in the least.

How does the criminal underworld and black market exist in "Star Wars" (original trilogy)? Are there economic lessons for our world that can be drawn from Jabba the Hutt and the empire's employment of bounty hunters?

The outer rim planets are operating in their own economy. The black market is very dominated in this region of the galaxy, and is under the rule of the Hutts. We have characters like Han Solo, who is a smuggler and is pretty good at it (except for dropping his cargo at the first sign of an Imperial cruiser). This economy might be a sign of high tariffs imposed by the Galactic Empire. For instance, if there was a free trade agreement, you might not have people smuggling too much.

After Episode IV and the failure of the Imperial forces to capture the droids, they tend to rely on bounty hunters like Boba Fett that are specialists in finding people or droids, rather than using foot soldiers of the Empire. After the destruction of the first Death Star, they also lost a large number of stormtroopers and leadership, like Grand Moff Tarkin, a lot of material and wealth. However, the regime continued and they decided to build a second Death Star. This would mean higher taxes and unintelligent policies.

But this brings us to the notion of mutually assured destruction. The Rebel Alliance would never have the resources necessary for a bailout, which would equal 15 to 20 percent of the entire Galactic economy. Many people on the outer rim planets may have preferred to live under the rule of the Hutts, even though they are a gangster regime, because they would possibly allow more economic freedom. 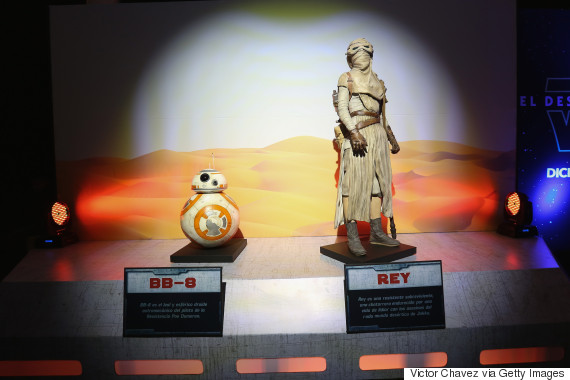 What does "The Force Awakens" tell us about political risk and economics as the new trilogy kicks off? What does the state of the galactic economy show us for life 30 years after the Battle of Endor?

However, the New Republic doesn't have any technology that could match the First Order that would guarantee mutually assured destruction.

The New Republic sought a peaceful and non-militaristic existence with a highly militaristic regime and was destroyed in one attack. This alludes to France, Britain and Germany before WWII with the Munich Agreement.

The Galactic economy has not fared well during the last 30 years. You really see this on Jakku, with Rey, an entire economy based on recovering materials from destroyed starships and not producing anything new. Rey is living in an AT-AT walker and survives by selling parts directly for rations.

Extreme political parties do better during these times. We've seen it during the Great Depression and we see it now. Saddam Hussein's army officers and intelligence officers had everything, and now we have seen them go to form ISIS.

From an economic point, things have been so bad since the Battle of Endor that people may have preferred to go back to the empire.

This would be especially true if the Galactic economy was destroyed. For someone uninterested in politics, now suddenly poorer, the First Order comes along and says, "Join us and we will pay you." Then they become a stormtrooper. A lot of people would agree with that choice during a time of economic hardships. Extreme political parties do better during these times. We've seen it during the Great Depression and we see it now. Saddam Hussein's army officers and intelligence officers had everything, and now we have seen them go to form ISIS. That was their livelihood and we see that in Star Wars with the First Order.

The possibilities of the First Order's existence might come from a comparison to Alexander the Great, whose empire was split up into four smaller ones after his death: Ptolemaic Egypt, Seleucid Mesopotamia and Central Asia, Attalid Anatolia, and Antigonid Macedon.

High level generals have competed and a battled it out over time. The First Order was probably the one faction that emerged from all the remnants of the Galactic Empire, though we may see some other factions at another point in the new trilogy.

Dr. Zachary Feinstein joined the Preston M. Green Department of Electrical & Systems Engineering at Washington University in St. Louis in 2014. His research focus has been on the applications of set-optimization to financial risk measurement, with projects studying and defining dynamic risk measures in markets with transaction costs and measures of systemic risk. This piece first appeared on Global Risk Insights.

What 'Star Wars' Can Tell Us About Political Risk
'Star Wars: The Force Awakens' European Premiere 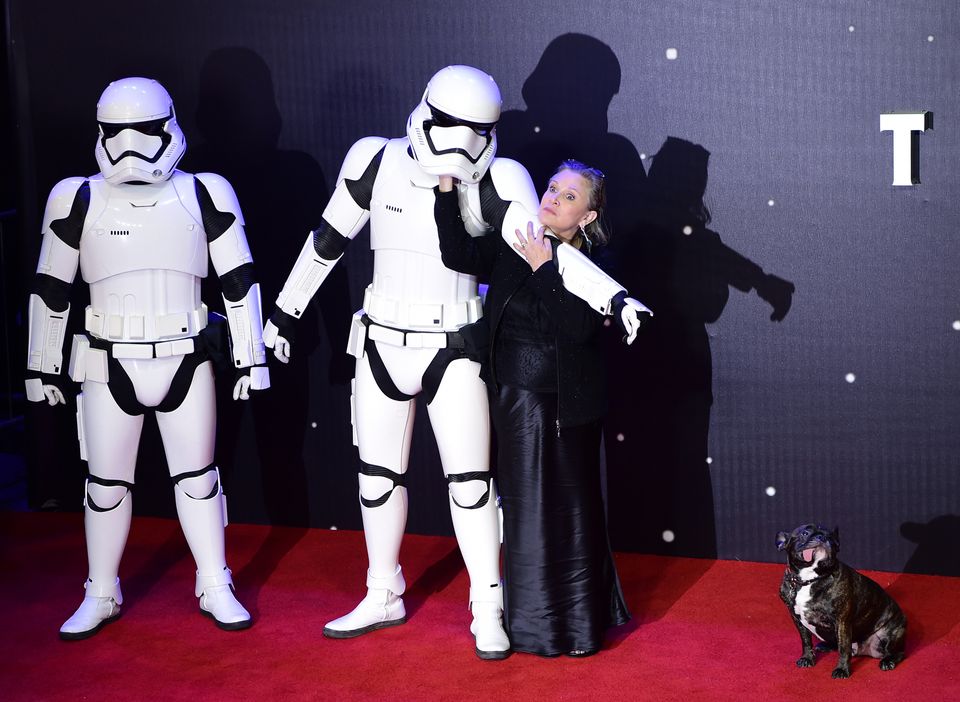 1 / 82
BRITAIN-US-ENTERTAINMENT-FILM-STARWARS
US actress Carrie Fisher (R) poses with a storm trooper as she attends the opening of the European Premiere of 'Star Wars: The Force Awakens' in central London on December 16, 2015. Ever since 1977, when 'Star Wars' introduced the world to The Force, Jedi knights, Darth Vader, Wookiees and clever droids R2-D2 and C3PO, the sci-fi saga has built a devoted global fan base that spans the generations. AFP PHOTO / LEON NEAL / AFP / LEON NEAL (Photo credit should read LEON NEAL/AFP/Getty Images)
LEON NEAL via Getty Images