Have you ever wanted to see what your favorite "Star Wars" characters would look like after a steampunk makeover? Probably not, but thanks to artist Bjorn Hurri, now you can.

In an email to The Huffington Post, Hurri, a Lead Artist, wrote, "There is nothing like being able to create worlds and characters that people will enjoy, and I think the 'Steampunk Star Wars' illustrations were really good fun as it gave me an opportunity to pay tribute to one of the best movies out there while giving it my personal twist."

To see what Han Solo looks like with a hipster mustache, goggles and a pipe, click through the gallery below. In case you're wondering why "Star Wars" villain Darth Vader didn't make the cut, Hurri is still working on that one. "I continuously redo him over and over again because I feel like the essence of him is hard to nail," he wrote. "He is such an evil character I want to make sure I pay proper respect to the original design."

May The Steampunk Force be with you.

Hurri is currently art directing another project, The Other Brothers, which you can check out here. 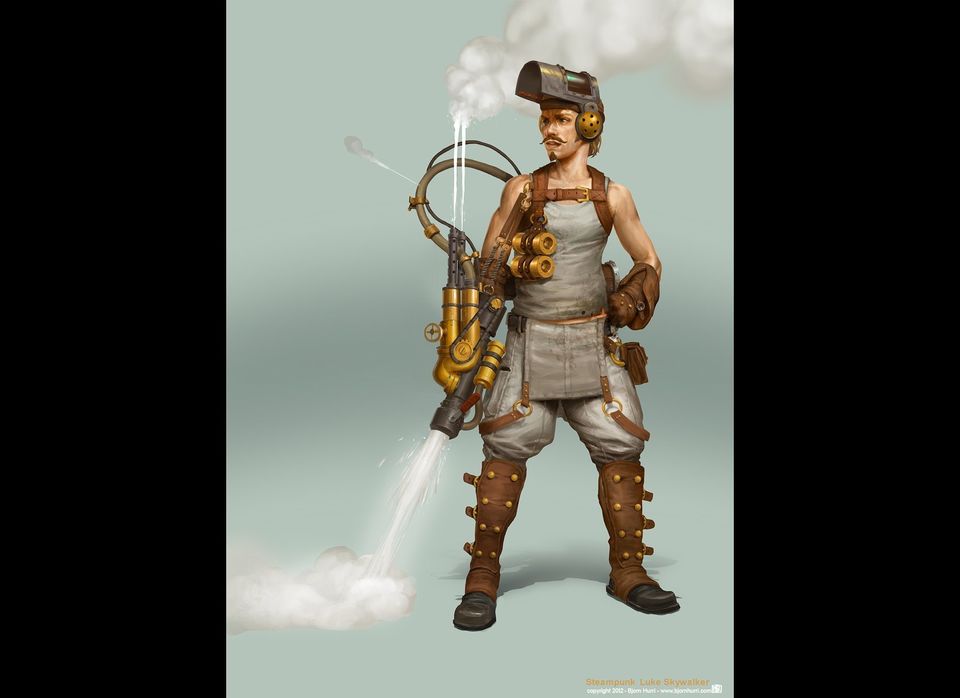