In the wake of /www.huffingtonpost.com/news/carrie-fisher/"}}">Carrie Fisher’s death, the team responsible for future “Star Wars” projects is reportedly reconsidering the place of her character, Leia Organa, in the franchise’s ever-expanding universe, according to The Hollywood Reporter.

Fisher, who first played the iconic princess in 1977, brought Leia back to the big screen as a general in “Star Wars: The Force Awakens” in 2015. The actress has apparently already filmed her scenes for the second installment in the latest trilogy, but was rumored to have an even larger role in the following film.

Now, a “Star Wars” “braintrust,” including “Episode VIII” director Rian Johnson, “Episode IX” director Colin Trevorrow and Lucasfilm’s Kathleen Kennedy, has convened to decide how Leia will live on after Fisher’s death. Trevorrow is set to arrive in Los Angeles for a meeting about the issue next week.

The team is reportedly concerned with two key scenes featuring Fisher that would bring her character and the film’s plot full circle: a much belated reunion between Leia and Luke Skywalker (Mark Hamill) and a faceoff with her son Kylo Ren (Adam Driver), who killed his father and her lover, Han Solo, in “The Force Awakens.”

Shooting for “Star Wars: Episode IX” isn’t scheduled to begin until early 2018, so until then, those at the helm are pursuing a variety of options on how to proceed. Resurrecting Fisher with CGI effects is apparently one alternative in play, according to The Hollywood Reporter. Technological advances have allowed for actors like the late Peter Cushing to return to the screen in the latest “Star Wars” offering, “Rogue One,” so Fisher could continue to have a similar presence, however limited, in future films.

The braintrust is also reportedly discussing writing the character out all together and reshooting certain scenes to lay the groundwork for her eventual exit from the franchise.

Whatever they decide, those responsible are not only grappling with the character’s fate, but also with the very real grief of losing a longtime friend of the “Star Wars” universe.

The only silver lining here is that the the team appears to have enough time to appropriately honor Fisher’s legacy and craft a satisfying conclusion to her character before Leia says her final goodbye. 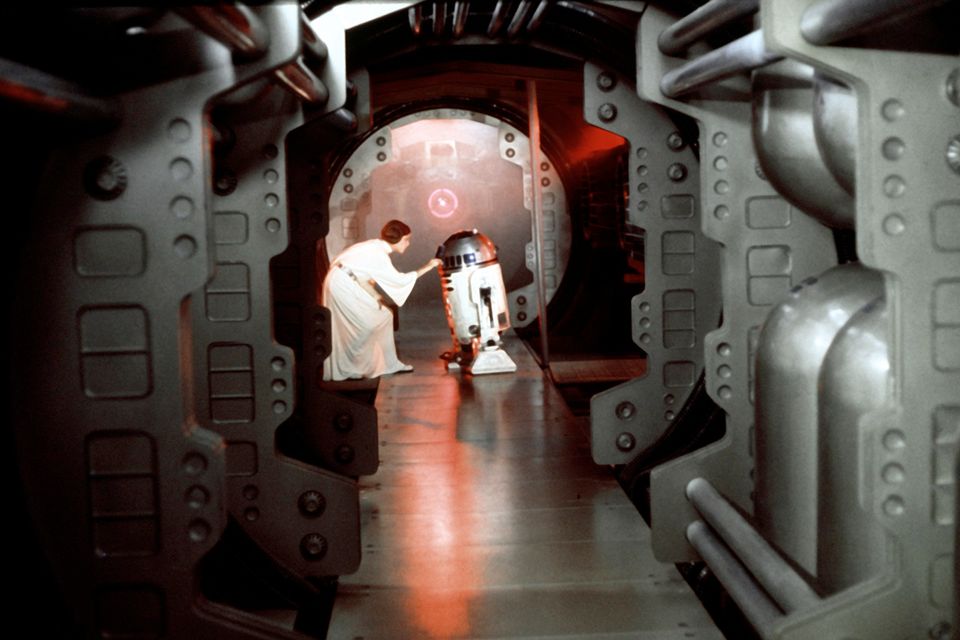 1 / 14
Despite being royalty, she personally sent R2-D2 to Obi-Wan Kenobi with the Death Star plans.
Sunset Boulevard via Getty Images