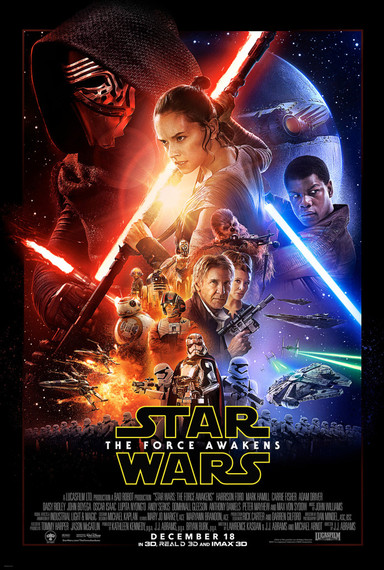 The long-awaited first full-length trailer for December's Star Wars: The Force Awakens debuted a week and a half ago on Monday Night Football on Disney-owned ESPN. Anticipation for the trailer was palpable because Disney (which bought Lucasfilm in 2012) had meted out the drip-feed of information about the J.J. Abrams-directed film so carefully, it left more questions than it answered.

The "public" mystery began in April 2014 with the film's top-secret production at the UK's Pinewood Studios and on location in Abu Dhabi and Iceland. A year ago, in November 2014, Disney released the first 88-second teaser introducing some new characters in the franchise; in December, the studio revealed more of the film's key characters through Topps trading cards; in April 2015, a two-minute teaser unveiled at the Star Wars Celebration in Anaheim, CA; and in May, Vanity Fair's exclusive cover issue showcased new and reprieved characters. In July, a panel at the 2015 Comic Con in San Diego revealed behind-the-scenes film footage; in August, attendees of Disney's D23 Expo received a commemorative poster and Disney released a 15-second video on Instagram; in September, a line of branded toys, books, clothing and various other products available at Disney Stores and other retailers launched live on YouTube as part of an 18-hour global broadcast; and most recently, in October, Disney unveiled the film's theatrical release poster (sans Luke Skywalker) and just days later, released the two and a half minute full-length theatrical trailer.

Super fans were voracious for more clues to the story, universe, and characters for the seventh installment of the transmedia wonder, set three decades after the Return of the Jedi. The trailer introduced a new villain, Keylo Ren, who channels Darth Vader and followed two new heroes (and possible Jedis), desert scavenger, Ray and Stormtrooper, Finn. It also brought back franchise faves Hans Solo, Princess Leia, and Chewbacca... and tantalized us with a glimpse of Luke Skywalker's robotic hand. And, to offer plot and thrill in equal measure, the trailer thrust viewers into the maw of signature raging battles -- all against the backdrop of John Williams' new arrangements of older themes and new music.

Sixteen million people saw the trailer on Monday Night Football, garnering 17,000 tweets per minute while it aired on ESPN. With its additional release on YouTube and Facebook, the trailer racked up a new record-breaking 112 million global views in 24 hours.

That's it for big reveals before Star Wars: The Force Awakens hits the big screen on December 18th. Disney and Lucasfilm are segueing all that built-up demand into ticket sales, evident in their entreaty on StarWars.com: "The Force. It's calling to you. We can't wait for you to let it in, again, this December." The frenzy for tickets on starwars.com and other ticket sites crashed them the first night they became available -- some five weeks before the film's premiere.

This is a brilliant example of transmedia marketing in action. The multi-platform strategy Disney and Lucasfilm used to tease their film is explained in my new book on transmedia engagement for media and entertainment, Transmedia Marketing: From Film and TV to Games and Digital Media:

Many successful digital and viral entertainment marketing campaigns develop content that first, creates mystery around a passion topic or project; and second, rewards audiences by making them feel special or in the know. The powerful tension between these emotions has an amplifying effect. It's accomplished first by providing teaser content that asks as many questions as it answers to create pent-up audience demand; and then, by releasing desired content and clues in a drip-feed to sustain the demand. This places superfans in the position of having content or information first. They share because their tribe will be interested and because they want to show they're in the know.

So, you must reverse-engineer your content. Design a carefully-orchestrated narrative around it and decide how, to whom, and when to tell your story. Seed "Rabbit Holes" or clues to connect audiences to a story universe or simply deliver ongoing project news. Use online content to reveal a character's POV, deliver production news, or release poster art, teaser trailers, or preview Web sites to flesh out an intriguing fictional or non-fiction narrative. This technique works well as a teaser campaign for films, TV programs, and games. Over time, the narrative takes shape on both digital and traditional media and your audience helps sustain the storyline's momentum.

Just as Disney and Lucasfilm have orchestrated it, you must go see Star Wars: The Force Awakens to untangle all of its mysteries. But in the meantime, you can scour Star Wars-themed products on grocery shelves and retail stores to look for more clues. 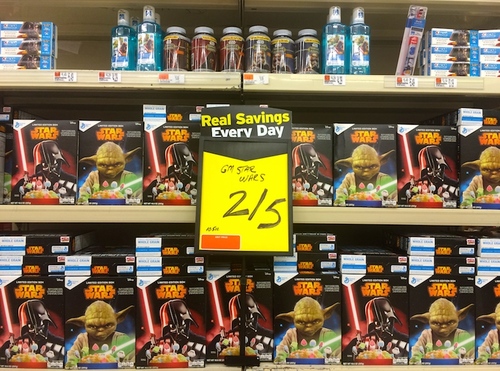