Associated Press: SEATTLE — Something new is on the menu at a renovated Starbucks in Seattle: beer and wine.

The store that reopened Monday is the first under the Starbucks brand to offer alcohol.

Craft beer and local wines go on sale after 4 p.m. The idea is to offer drinks and a wider variety of savory food that will attract customers after the morning espresso rush.

The store closed in July for the renovation, which also includes a circular coffee bar that brings customers closer to the baristas.

The Olive Way store is one of Starbucks Corp.'s percolators for ideas that could someday spread to the Seattle-based chain's other locations. Company officials have declined to say how soon elements from the shop might appear elsewhere.

WATCH: CBS' Early Show takes a look at the Olive Way Starbucks location and its pilot wine and beer program:

From the CBS broadcast, some images of the inaugural Starbucks wine list and the new bar-like digs at the Seattle alcohol-serving test location: 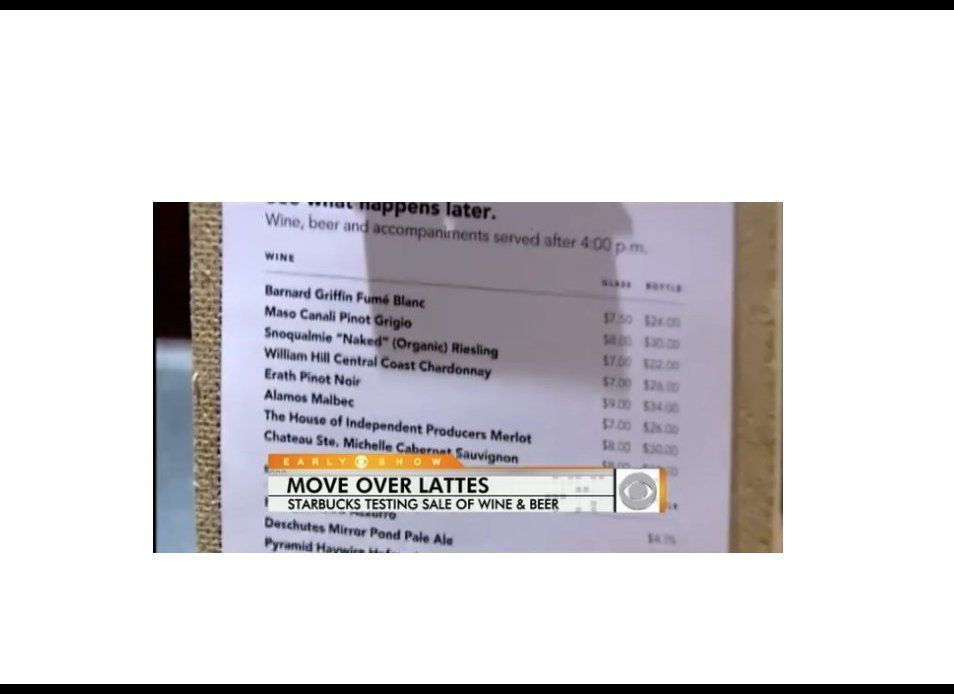