Starbucks marked the 40th anniversary of Seattle Pride by raising an enormous 800 square foot rainbow flag over its headquarters in the Evergreen State.

On hand to witness the raising of the flag on June 23 was Starbucks CEO Howard Schultz, who has long been an outspoken advocate for same-sex marriage and other lesbian, gay, bisexual and transgender (LGBT) Rights.

“We are thrilled that Starbucks is showing their support for the LGBT community in this very big, very public way,” Adam McRoberts, Communications Director for Seattle Pride, said in an email statement. “The flag flying over their headquarters will welcome thousands of visitors coming to Seattle to celebrate Pride this week and is a testament to the support Starbucks has shown the LGBT community over the years.”

The Seattle-based international coffee giant has been subjected to conservative criticism for its support of the LGBT causes. Earlier this year, the Americans for Truth about Homosexuality's Peter LaBarbera fired off at Starbucks in a blog post, saying that his Mother's Day was ruined after viewing a new ad for the Teavana Oprah Chai Latte which featured “snuggling Starbucks lesbians” in what he described as “an alphabetic homoerotic embrace.”

Check out photos of Schultz attending the official flag raising, courtesy of Nate Gowdy, below: 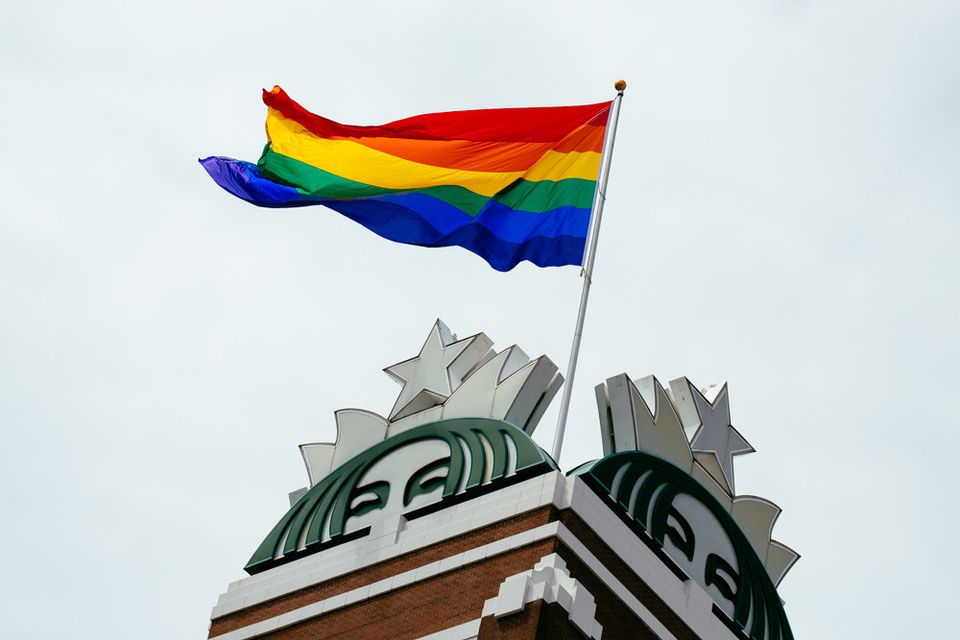