A few Starbucks drive-thru locations in Washington and Nevada have recently started to experiment with a technology more closely associated with long-distance relationships than grande Frappuccinos: video chat.

According to a Starbucks "unofficial fan site" StarbucksMelody.com, customers pulling up to order at one of these test branches are greeted by the disembodied moving head of a Starbucks barista inside the store to take orders. (The baristas can see the customer as well, but Starbucks spokeswoman Alisa Martinez that's true at all the company's drive-thru locations.) DigitalTrends reads into the fact that high-res ads of Starbucks drinks dance underneath the video chat screen -- possibly enticing people to order more -- while the Seattle Post-Intelligencer sees the video chatting as part of Starbuck's broader effort to make its customer experience more intimate and homey.

Martinez confirmed that the Post's theory was on the mark. "There's just a little bit more personal interaction in the drive-thru experience when you have the video screen," she told The Huffington Post.

This makes sense from a branding perspective. To most Americans, drive-thru means cheap, anonymous pit stops at fast-food mega-chains. Some McDonald's drive-thrus have even outsourced customers' orders to employees in far-off call centers, rather than in-store employees. That doesn't exactly engender cuddly feelings.

Part of Starbucks' appeal is that customers can expect to make some sort of personal connection with the employees in stores. For some, the friendly smile of a barista can take the sting out of a $4.50 morning coffee. (The same, to some extent, could be said of Chipotle, which is currently struggling to adapt its signature assembly-line format to drive-thru lanes as the chain expands beyond urban centers.) As anyone who's used FaceTime or Skype knows, video chat isn't quite the same as talking in person, but it's definitely closer than shouting through a static-filled PA system.

Martinez said that it's too early to say if Starbucks will bring the video screens to more drive-thru locations. 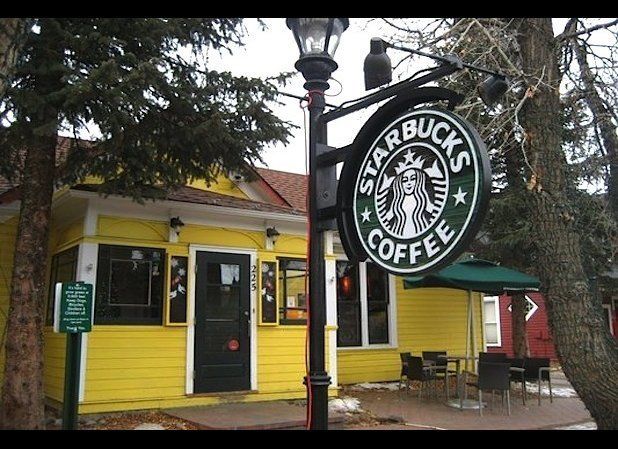