All New Yorkers know that leaving town often is one of the only things that ostensibly keeps us sane--a head scratcher that in and of itself might set off a light bulb for anyone who hadn't already lost it. To wit--and with a respectful tip of my hat to Pauline Kael--if I'm gonna lose it, I might as well lose it at the movies.

With both these things top of mind, I am back in Texas to participate in the 9th Annual Dallas International Film Festival. If the scope and quality of its eleven days and nights of programming is any indication, this is going to be time well-spent. Executive Director Lee Papert, Artistic Director James Faust, and the rest of their team, have shaped a film celebration that befits Dallas' apparent emergence as the city for the arts. From my perspective, this is articulated not just by its emphasis on the arts in the life of the city, but also because Dallas is a place in which an artist can actually, you know, have a life. If New York and Los Angeles are the bitchy twin sisters of cinema, maybe Dallas is the middle sister--the one you'd actually want to talk to at party. 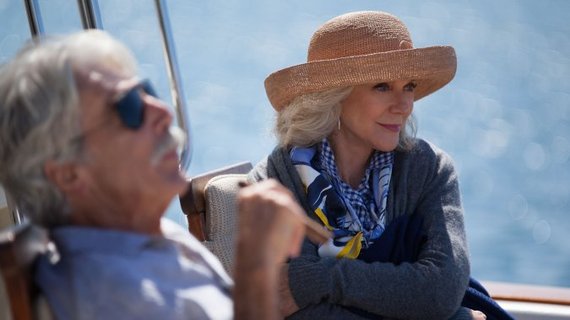 Speaking of parties, the festival kicks off tomorrow night with a screening of the Brett Haley-helmed I'll See You in My Dreams, a film that seems poised to bring some much overdue recognition to its star, the great Blythe Danner (who has produced much more than Gwyneth Paltrow, thank you very much). The actress will be in attendance to accept an award and bring some east coast glamour to the proceedings--on this last point I am grateful for Ms. Danner's willingness to take some weight off my shoulders, capable as they are.

The fact that the festival is leading with a character-driven film for people who remember and care about such things, augurs well for the next eleven days of dense, diverse programming. I'll See You in My Dreams also stars Sam Elliott, June Squibb (Oscar nominee for Nebraska), Rhea Perlman, Mary Kay Place, and Malin Akerman (familiar to gay men far and wide as Juna from The Comeback--did anyone but gay men watch The Comeback?). 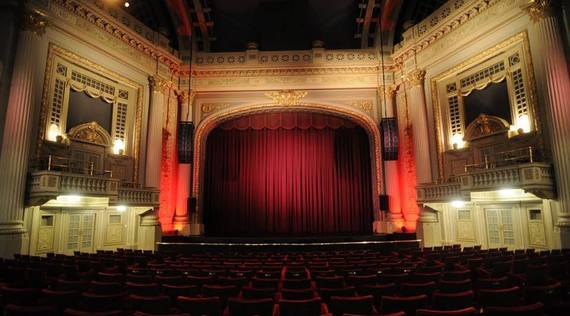 As a great lover of movie palaces, one of the highlights of the festival's opening night will certainly be the chance to see the Majestic Theater, an amazing 1700 seat stunner that was built in 1921 as a top-tier vaudeville house, before becoming a movie theater in the 1930s. After projecting its last film in 1973 (yes, I said "projecting," in our digital age this word suddenly seems quaint), the theater went dark. Like a lucky few of its ilk, it was reborn in the 1980s and has been completely restored to its original splendor. Exploring these breathtaking temples of 20th-century show business and symbols of the former primacy of film in popular culture, is one of my greatest pleasures when I travel. Stargayzing and HuffPo readers can look forward to my reports over the next eleven days. Finis, for now.

A different version of this piece appeared yesterday in stargayzing.com