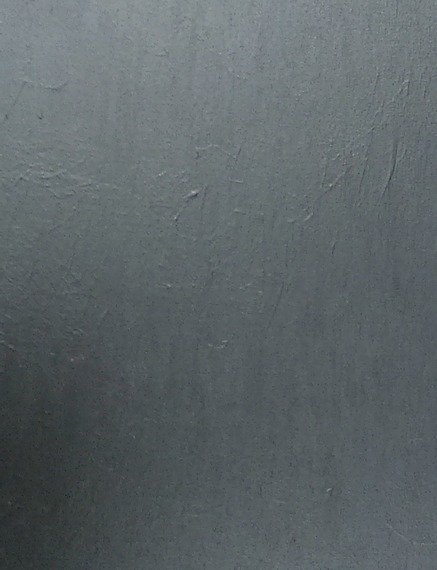 What do you call it when you shut your eyes to go to sleep but keep staring into the black?

I've developed over the last year a syndrome... no, a condition... no, a disorder... yes, a disorder... where sometimes when I shut my eyes to go to sleep I keep trying to see, even though there is only the black.

I researched this phenomenon to try to figure out what it is and what it means, hoping I would discover the cause for this strangeness and learn the best way to deal with this problem.

And I found out there are many problems that people have after they close their eyes, some disorders being much worse than others, and most of them if not all of them being definitely far worse than my problem. And it seems like almost all of them are connected to sleeping, which makes perfect sense, considering we really don't shut our eyes for long periods of time except when we are sleeping or trying to go to sleep. And even though our eyes are often shut during a sexual experience, nobody seems to have closed-eye problems during this event. And while yoga and meditation and praying usually require our eyes to be closed as we do these things, I have never heard of any closed-eye problems arising from these actions. Weirdly, many of these experiences I am about to talk about are often sought out by yogis and meditators, and prayers.

Some people see light and dark flashes, and for some it is like flashbulbs going off. Some mainly see bright lights, others weird swirling shapes, and still others see an assortment of color patterns. And some people report even having vivid visual hallucinations, and some say they feel like they are experiencing being in a fantasy, others compare what they go through to the sensation they are in a dream but aware of the fact that they are in a dream.

Yet, all I see is mainly black, and on occasion a little bit of tiny orange-black swirling, and very, very rarely some very tiny lights far off in the background. But it is mostly black. And I definitely never see any kaleidoscopic imagery or have visual hallucinations or experience anything like a fantasy or engage in any conscious dreaming.

So how would I describe this phenomenon?

It is almost always exactly the same experience. I get in bed and shut my eyes and begin trying to go to sleep and then soon find myself staring into the blackness as though I am trying to see something in it, or should I say just staring into the black as though I should be able to see something in it? Imagine waking up in your bed and everything is pitch black, all is but pure darkness. Your first response is to look around to see if you can see anything. And this is what I feel like I am doing, trying to see something in the dark. And I never end up seeing anything but the darkness.

At first I found it a strange experience, and I didn't concern myself too much about it. I figured my brain was just overthinking. And after experiencing it several more times I became more concerned about it. But when it began happening about once a week I decided it was time to figure out what this thing is.

The good news: it is not a symptom of something horrifying, at least I wasn't able to find this problem being mentioned as the beginning of a dreadful disease. And I couldn't find anything about it being an indication of something psychologically devastating. If it was a serious physiological or mental problem I figured I would have seen a bunch of websites warning me about this problem, but nothing tragic ever popped up. To be honest, I was expecting something oddish to be associated with this problem, but I found nothing.

And it is not a phobia. I'm not terrified of closing my eyes, have any unbearable fear of the dark; actually, I like lightlessness when I go to sleep. And it is not related to having more nightmares, and it is not emotionally scary or terrifying. There is no fear of impending doom when it takes place. And when I tell people about this problem some of them seem let down when I correct them and say it definitely is not like looking into the abyss. That is definitely a different experience.

And I do feel a little guilty complaining about this thing because it is an annoyance and on occasion a very frustrating thing, but not painful or hopeless. And if I had to describe honestly the worst part about it, it is that it frustrates me like there is a bee in the room, especially when I am very tired and want to go straight to sleep.

I have determined it's a psychological thing, probably caused by anxiety and worsened by insomnia. And I am pretty sure it isn't a form of hypochondria. Are there any hypochondriacs that make up their own diseases? Probably, but I don't think this is the case here. And I should add it is not a form of depression. No horrifying thoughts or blackness of emotions come to me when I experience this disorder.

And what is my prognosis and treatment? It has been bothering me less and less as I treat it as anxiety mixed with insomnia. (Yet it has bothered me the last several days in a row; I believe this is because when I started researching and doing this article I just started thinking about it too much. I am very confident it will go back to normal after I am through writing and thinking about this thing.) And I have developed my own method of dealing with this condition. When I cut down on my caffeine it seems to reduce it. I also try not to focus on it just before I go to sleep. And I think of positive things when the blackness comes. That gets my mind to seeing good images instead of trying to see into the blackness. It is almost as if I am putting pictures on a blank screen. I never have tried putting evil images on the blackness, probably because we see enough of that in real life. And if I take sleeping medication to help me sleep, I make sure I am very drowsy before I get into bed and shut my eyes. And all this seems to be helping a lot.

And I have nicknamed it Timbuctoo disease, simply because I was studying the ruins of Timbuctoo the first night that I had it. And, yes, I know I gave it the old spelling. To be honest, I was also studying the ruins of Zimbabwe, but Zimbabwe-Timbuctoo disease seemed too awkward, so I chose Timbuctoo. And maybe I also picked Timbuctoo because in the last couple of years it has been coming under attack and some of its ruins have been destroyed. Coincidence? Probably. Maybe, maybe not.