The vast majority of stars in our Milky Way galaxy host planets, many of which may be capable of supporting life as we know it, a new study suggests.

Astronomers have detected eight new exoplanet candidates circling nearby red dwarf stars, which make up at least 75 percent of the galaxy's 100 billion or so stars. Three of these worlds are just slightly bigger than Earth and orbit in the "habitable zone," the range of distances from a parent star where liquid water could exist on a planet's surface.

The new finds imply that virtually all red dwarfs throughout the Milky Way have planets, and at least 25 percent of these stars in the sun's own neighborhood host habitable-zone "super-Earths," researchers said. [9 Exoplanets That Could Host Alien Life]

"We are clearly probing a highly abundant population of low-mass planets, and can readily expect to find many more in the near future — even around the very closest stars to the sun," study lead author Mikko Tuomi, of the University of Hertfordshire in the United Kingdom, said in a statement.

Tuomi and his colleagues spotted the exoplanet candidates after combining data gathered by two instruments — the High Accuracy Radial velocity Planet Searcher (HARPS) and the Ultraviolet and Visual Echelle Spectrograph (UVES), both of which are operated by the European Southern Observatory in Chile.

Both HARPS and UVES employ the radial-velocity technique, which detects exoplanets by noticing the tiny wobbles they induce in their parent stars' motion toward or away from Earth.

"We were looking at the data from UVES alone, and noticed some variability that could not be explained by random noise," Tuomi said. "By combining those with data from HARPS, we managed to spot this spectacular haul of planet candidates."

The eight newfound candidates circle stars located between 15 and 80 light-years away from Earth. The worlds orbit their parent stars at distances ranging from 0.05 to four times the Earth-sun distance (which is about 93 million miles, or 150 million kilometers), researchers said.

The new detections bolster observations made by NASA's prolific Kepler space telescope, which launched in 2009 to hunt for alien worlds around stars that lie considerably farther away from Earth.

"This result is somewhat expected in the sense that studies of distant red dwarfs with the Kepler mission indicate a significant population of small-radius planets," said study co-author Hugh Jones, also from the University of Hertfordshire. "So it is pleasing to be able to confirm this result with a sample of stars that are among the brightest in their class."

The study was published today (March 3) in the Monthly Notices of the Royal Astronomical Society.

Nearly Every Star In Our Galaxy Hosts At Least One Alien Planet, Scientists Say
Artists&#039; Conceptions Of Extrasolar Planets 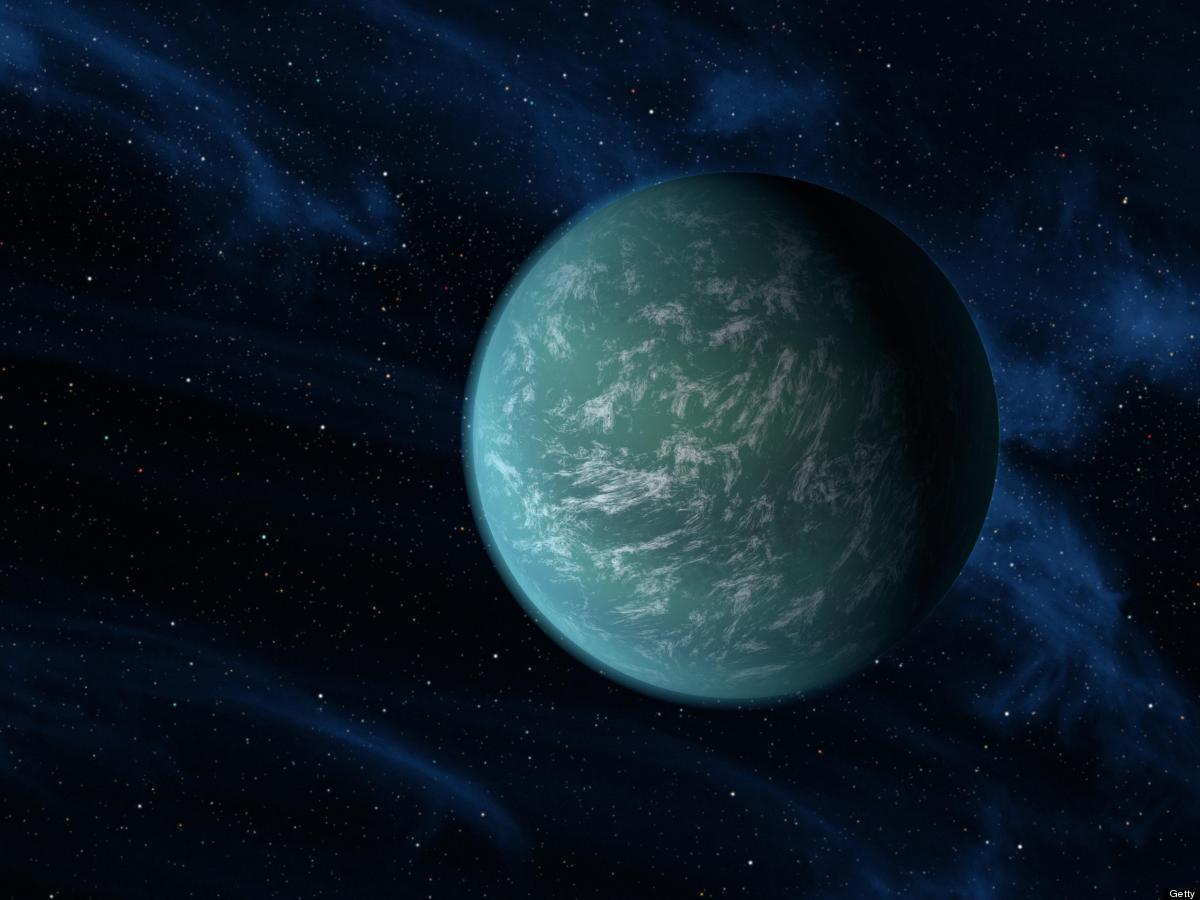 1 / 7
NASA's Kepler Mission Discovers Planet
In this handout illustration made available on December 5, 2011 by NASA, the Kepler-22b, a planet known to comfortably circle in the habitable zone of a sun-like star is digitally illustrated. For the first time NASA's Kepler mission has confirmed a planet to orbit in a star's habitable zone; the region around a star, where liquid water, a requirement for life on Earth, could persist. The planet is 2.4 times the size of Earth, making it the smallest yet found to orbit in the middle of the habit. Clouds could exist in this earth's atmosphere, as the artist's interpretive illustration depicts. (Photo Illustration by Ames/JPL-Caltech/NASA via Getty Images)
Getty