Stephanie Pizarro loves her neighborhood, although sometimes she can hear gun shots at night. Reshad Rasul was born in Guyana and emigrated to the U.S. at age four and still feels the pain of losing his grandmother last month. Marcus-Tyler Purvis was raised on the lower east side of New York, navigating being an older brother and helpful son while still in high school. Each has a gift in entrepreneurship and recently pitched their business ideas to a panel of judges from various global companies on behalf of the Network for Teaching Entrepreneurship (NFTE). This event served as the culminating celebration of the Startup Summer (SUS) program where students were selected to pitch their businesses for up to $5,000 in additional funding based on their ability to execute a 90-day action plan after their core summer experience. Essentially, the students competed against themselves and series of benchmarks that they developed alongside their mentors and NFTE staff. The students who were able to achieve the largest gains would have the opportunity to pitch their businesses for increased funding. During the Startup Summer program, Stephanie, Reshad, and Marcus spent over 350 hours learning to start a business with eight other program partcipants.

Year two of SUS kicked off in late June 2012. For two weeks, the students representing 10 business ideas dove deep into the fundamentals of entrepreneurship and learned how to operationalize their business ideas. For the remaining six weeks of the summer, SUS students spent Mondays and Thursdays with NFTE staff, Tuesday evenings with a team of mentors from the business community, and Wednesdays and Fridays executing their action plans. Once the school year started in September, SUS students met with their mentors on a bi-weekly basis and continued to implement their action plans and next steps.

In addition to completing business plans, students accomplished one of the hardest things in the business world -- making their first sale. Most people have never done this difficult and educational process, selling a good or service voluntarily to another person. And so, it is instructive to record how they did this and capture it and celebrate it at the moment it happened. Their business ideas were rooted in capturing the opportunity to fulfill a need and their respective economics of one unit was clear and direct.

Stephanie is the co-founder and CEO of Simply Beautiful Accessories. She bundles accessories into packages that cost her $17.60 and she sells them for $25, giving her an economics of one unit of $7.40. Her value proposition is that she could save the girls in her neighborhood and women all over New York City the hassle of piecing together accessories for an outfit, time spent waiting in line at stores, and still provide customers with an overall lower cost. She made her first sale during the program to Marcus' NFTE teacher and Startup Summer Assistant Director, Tara Bellevue. Stephanie intends to launch Simply Beautiful Accessories online in the near future after having developed a knack for selling customers in person.

Marcus is the Founder and CEO of Gamers4Good. His business was born out of a love for video games, his mother's concern for his time spent in front of a TV, and his innate desire to give back to his community. His idea was to host video game tournaments for students where he could charge them an entry fee of $10-$20 which would go into a fund to support peers around college application fees, standardized test prep, and other costs that often present a barrier to students hoping to go to college. He now has business with social enterprise tied to education. The variable cost of a tournament participant is $6, making a contribution per unit of $4. In November 2012, Marcus held his first tournament at the Business of Sports School with over 20 participants, including his Startup Summer mentor, Daniel Gould. His argument to the market is that video games can have a value add to society if students and their families are encouraged to view interact with them in a positive way.

Reshad Rasul is the Founder and CEO of King Bird. His business is a customizable and manufacturing birdhouse company that designs unique structures to reflect a customer's wants and needs. His goal is to bring a small piece of nature to the busy New Yorker who wants to relax and unwind in the comfort of their home. His first sale was made to Terry Bowman, Executive Director of NFTE New York Metro. He charged Terry $110 dollars for seven hours of labor and $28 for materials, resulting in a contribution margin of $21.75. Reshad intends to study architecture and will be taking woodworking classes to increase his skill level as he is able to develop his customer base.

Although these students have collectively produced over $1,000 in sales and know the language of business, they have genuinely embraced the entrepreneurial mindset. One of these lessons learned was in the power of goal setting. When asked about her learning, Stephanie said, "It gave me a sense of where I'm going. I want to have a business in the culinary arts field. Combing my love of cooking and entrepreneurship has given me a clearer long-term vision. I also learned about the power of having a network." She would like to attend Johnson & Wales University or the New York Culinary School. Reshad also shared that he has improved his communication skills both in person and via social media, nothing the importance of a thank you emails and follow ups. Perhaps the latter of these two being just as an important key to success as any other. Marcus said his presentation and articulation skills have grown tremendously and attributes his growth to a team of supporters in his school, at home, and with an incredible mentor. He hopes to be joining the next incoming freshman class at Morehouse College with an intended major in accounting.

Exciting the next generation of young people to launch successful businesses is a high priority for anyone interested in entrepreneurship and youth development work. The next Startup Summer program will launch in early July 2013. 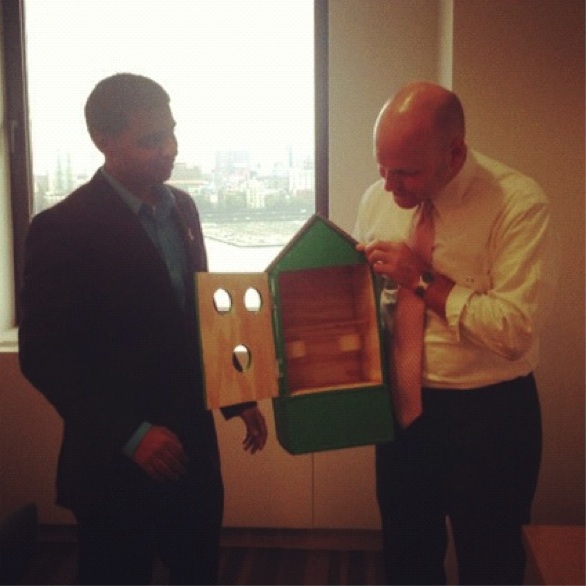 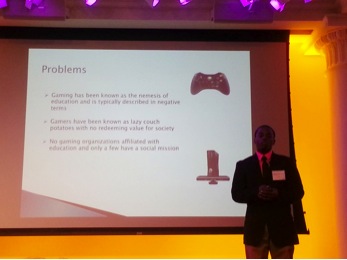 Marcus-Tyler Purvis, CEO of Gamers4Good pitching his idea at the Investment Panel on January 10, 2013. 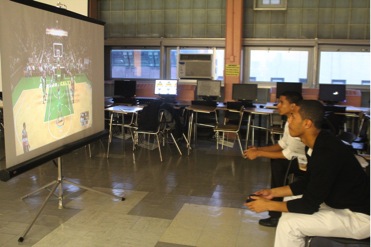 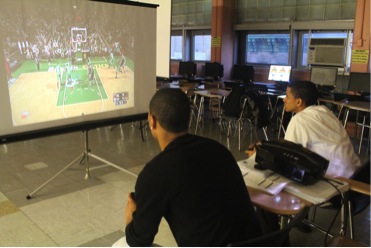 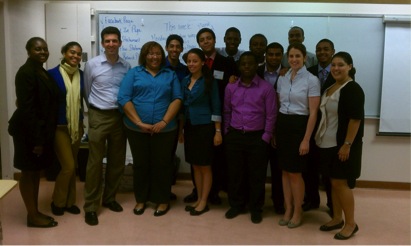