I may have romanticized what any encounter on Allen's Cay would be like. In hindsight, Steven - our awesome and overall fed up with my mundane questions tour guide from Bahamas Revisited< - did tell us that iguanas got a bit snappy. This information came in one ear and directly out the other. I wanted to give these perpetually scowling creatures of God the benefit of the doubt. I'd be a bit snippish too if I lived on a tiny island with all my family members in immediate proximity of what could potentially be the most trendy bachelorette pad. It was with that ideology that I climbed aboard the dinghy that would take me from Beacon Won to Papichulo, the most handsome iguana on all the cays.

Iguanas in the Bahamas are endangered and thus protected by law. A few years ago there were a couple European ladies that tried to steal a few of these scaly overlords and sell them as exotic pets. This may be the reason why if you look closely on the horizon, there's a Royal Bahamas Defense Force ship waiting to apprehend you should you inappropriately touch one of these lizards. They may also be there to protect the border. 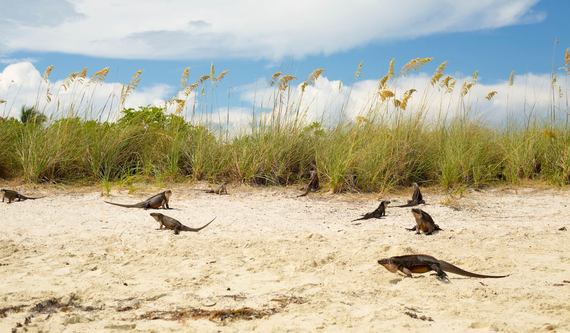 Allen's Cay is home to about 300 iguanas and is a part of a cluster of really tiny islands that all have these handsome devils strutting their stuff. I only had eyes for Papichulo though. He received his name when I realized that he was amongst the biggest and scaliest and had a few lady friends swooning over him from a distance. Step aside ladies - he's mine now.

Before we left Beacon Won we were given a bowl of fruit and told that we could feed them. There was also other information that I vaguely remember hearing. Words like "near sighted" and "toes in sand" strung together to make the most nonsensical sentence that I never heard over the roar of excitement waving through my head. I wanted to get out there and discover nature and I wanted to do it now.

Hopping out of the dinghy and wading through knee-deep water to get to the iguanas, I spotted Papi himself sitting at the corner of the beach, not caring about the humans about to invade his space. I wanted to know him, and what better way is there to get an animal to love you than to feed it? After throwing a few pieces of fruit toward him, I made the assumption that he wasn't eating them because he didn't like sand touching his food. It's ok Papi - we all have our quirks. It was in that moment that I made the decision to feed him. This is ok, isn't it?

Reaching into the bowl I found the most delightful piece of banana and extended my hand to give it to him. I realized that even though Papi didn't want sand to touch his food, he didn't want me to touch it either. As if in slow motion he pitched up like the titan he was and grabbed on to my finger. Allison, another competitor out of Tampa was able to capture both the rise and fall of my short-lived love affair with Papi. 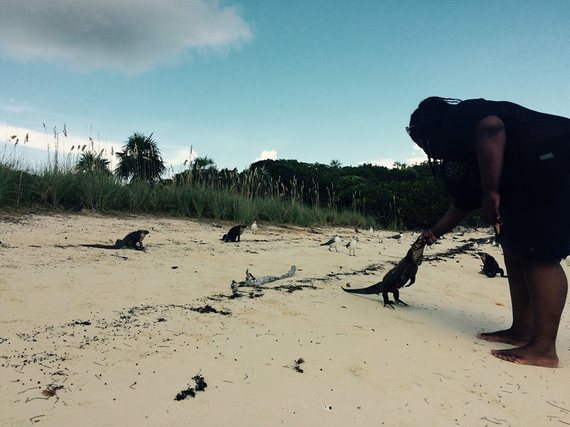 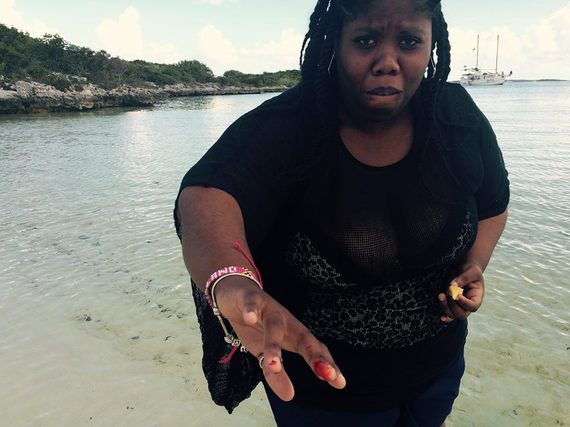 There was no time to wallow in self-pity however,Starter Island comprised of three main challenge components; Pioneer, Explorer and Nomad. In 30 minutes, my newly found team would be getting ready to tackle the first Explorer's Challenge, diving for conch. Conch is a sea mollusk and a delicacy in Bahamian culture. Only the most skilled divers can actually make a living by diving for and selling it. 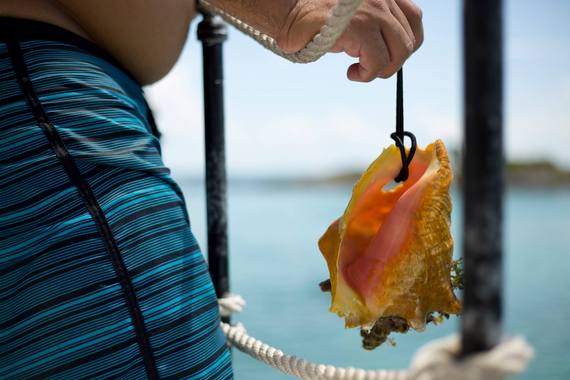 In my 22 years of existence as a Bahamian I never considered diving for my own conch, and after finding out that we would have to crack it we needed a strategy and we needed it fast. With only two members of each team allowed to be in the water at a time, my four-member team decided to split up, two on the boat searching and waiting for the official handoff and two in the water discovering their inner conchmen. I was a conchman.

Forty-five minutes of every team swimming and searching in despair made the crew have pity on us and retrieve the conch shells they would have thrown in the water, tag them and throw them back. Yeqian our in-house artist was the first to find and swim like a mad man with his conch. With more gusto than any islander has ever had, Aaron, my team's backend developer was able to crack our conch the fastest making us the winners of the first Explorers challenge and putting us ahead in the competition. 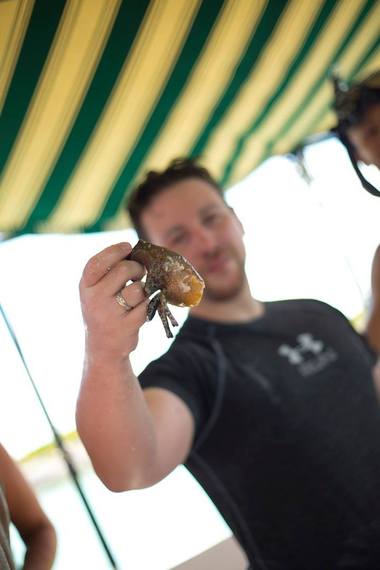 The Explorer's challenge gave us a taste for victory, we liked it and we wanted to know what overall success would feel like. In that moment we decided that the competition had to be ours to dominate. With a company name already set in place we met at the stern of the boat to talk strategy. The engines revved taking us further and further away from Allen's Cay and closer towards the Exuma Cays Land & Sea park, Warderick Wells. With a final wave to Papichulo and a battle scar on my index finger the company name 'Skipper' was born making us a force to be reckoned with on Beacon Won.

This post is the second in a series of articles documenting my experience sailing through the Exumas in the Starter Island competition.