Opening your own boutique or starting a fashion business is a dream for many women. It sounds wonderful to curate a store full of items that you love and connect with customers to find out what they really want, all while working hours that fit in with your lifestyle.

But the road to retail success isn't always smooth. We spoke to Erica Kiang, the 29-year-old founder and owner of the New York City boutique Babel Fair, which she opened in 2009 in Nolita after spending three years as a buyer at a mass retailer.

It turns out that being a shop owner is far from the glamorous job depicted in shows like "Friends," where Rachel Greene had a fabulous job at Bloomingdale's. Kiang quickly realized that buying for a store involved entire days analyzing Excel spreadsheets. "Retail math isn't super complicated, but you definitely need to know the jargon," she told The Huffington Post. "To open a clothing store you have to have an eye and be able to choose what's right for the customer, but then you have to be able to sit down and meld the aesthetics with the numbers."

Here, Kiang walks us through the eight things you need to know about opening your own store.

1. Research, research, research. Then, come up with a clear concept. The first thing Kiang did was put together a brand book. She knew she wanted to grow her store as a brand, so she wanted to have a clear idea and a narrow concept. "My brand book was similar to a business plan, but it wasn't as numbers-driven," she said. "I imagined our customer and what magazines she reads. I looked at sample brands we'd want to carry and figured out our price point. I researched and read small-business blogs to glean any kind of insight or advice. I talked to small business owners and I even worked in a little boutique to learn the ropes."

2. Consider the location. Location is huge. Kiang was constantly on the hunt for a space. She said you can have a realtor, but that you'll likely have better luck finding a space by hitting the streets and keeping your ear to the ground. The good spaces go quickly, she said, so before there's even an advertisement online, it's been rented. It's also important to know your neighborhood. "I knew I couldn't compete with the huge retailers in Soho, nor could I pay those rents," she said. "I wanted to fit in with the feeling of this neighborhood, and we do."

3. Know your neighborhood and your customer. Kiang sat outside her store for many hours to see who was walking around the area and whether they were carrying shopping bags. She really wanted to understand the mentality of her potential customers. "Which bags are they carrying? How are they shopping? I noticed that people shopped in pairs: mothers and daughters, or two friends," she said.

4. Figure out your budget and stick to it. Your budget is specific to your store and your location. "I did everything on a shoestring budget; we built and painted everything ourselves, hunted on Craigslist for supplies," she said. "It is so important to track money and prioritize what you spend on. Retail is all about nickel and diming; you have to be eagle-eyed and watch your margins."

5. Work your connections. You have to get out there, network and talk to people. "Many businesspeople get their MBA for the valuable relationships they'll forge, but rather than spend $100K to make connections, I opted to put that money into my business," Kiang said. "In this city you can easily make connections just by picking up the phone. Also, remember that you can learn anything on your own, whether it's by calling up another store owner, or even taking classes if you feel like you're missing a skill set."

6. Use the free resources that are out there. Kiang emailed trade commissions in foreign countries and found out that there are a lot of sponsorship programs, including buyer programs at no expense to the buyers. "I've traveled to Brazil, Seoul, Singapore and Hong Kong, where I've found new designers that I carry in the store," she said. "I found a lot of resources and templates on SCORE. You can also choose to meet with a mentor in your industry. I saw free counselors and took advantage of groups for female business owners. There's so many entrepreneur resources out there."

7. Manage your stress. Kiang read The E Myth, which explains how to run a business in the least stressful, most productive way. One of the book's biggest tips is to come up with systems and formulas that you've created for your specific business that keep the business running whether or not you're there.

8. Know your documents. Kiang advised hiring a lawyer and making an effort to understand your contracts and leases. "A commercial lease is 100 pages long, and full of legal jargon that I didn't understand," she said.

HuffPost Style got some additional advice on launching your own business from Amanda Steinberg, founder of DailyWorth, a financial advice site geared toward women.

"Entrepreneurship is unbelievably exciting and fulfilling. But you have to go in with your eyes wide open and make sure you save at least six months of full income before you open," Steinberg said. "Statistically, only 1 in 10 businesses succeed. Do whatever you can to protect yourself from future debt.

"Try opening your store online first to generate income virtually before you invest in expensive overhead of rent and equipment. Raise money around your dream and vision on Kickstarter or Indiegogo (for discounts and future perks!) before you sign a lease. Do everything you can to prepare because most entrepreneurs fail -- you have to know that going in." 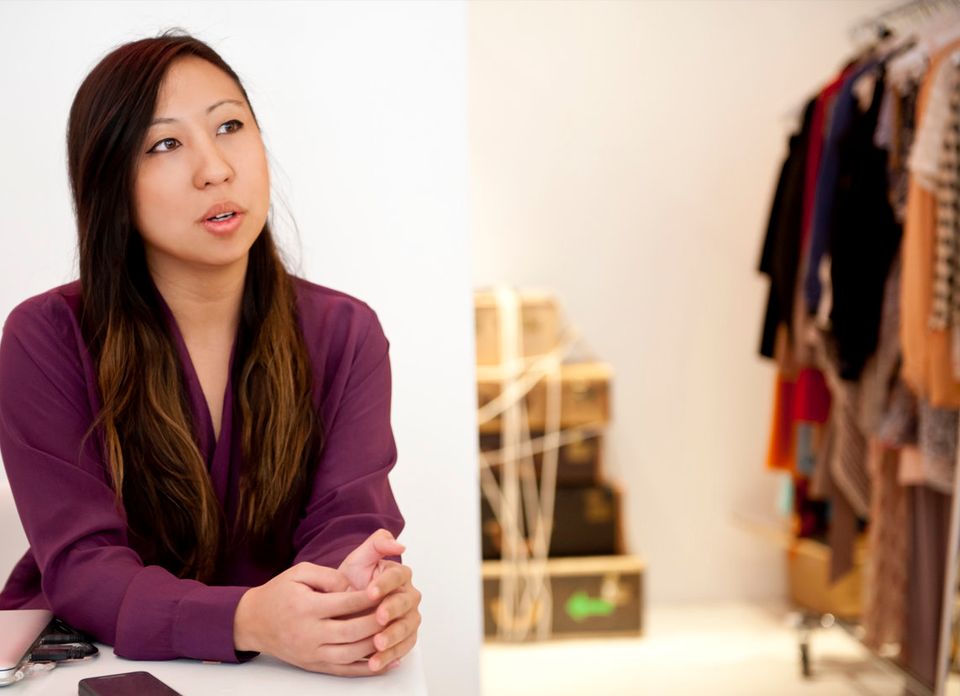 Opening Your Own Small Business