What does that number represent?

It represents the percentage of investor money given to women-led startups.*

I want to put a spin on this story and start out with song.

The San Francisco fog is rising.
According to all sources - what sources?
Silicon Valley is the place to go - we better hurry up.
'cause for the first time - first time.

For the first time, women-led startups,
Are going to start breaking the code.
Let's get that number rising,
Let's get our voices heard.

We may be women-led startups,
But have what it takes
To get that number rising,
And get our voices heard.

We can stand together
To empower one another.
You may not be a coder,
But you are a leader.

Let's get our pitch decks seen.
Let's get our voices heard.
We deserve funding,
So let's get that number rising. 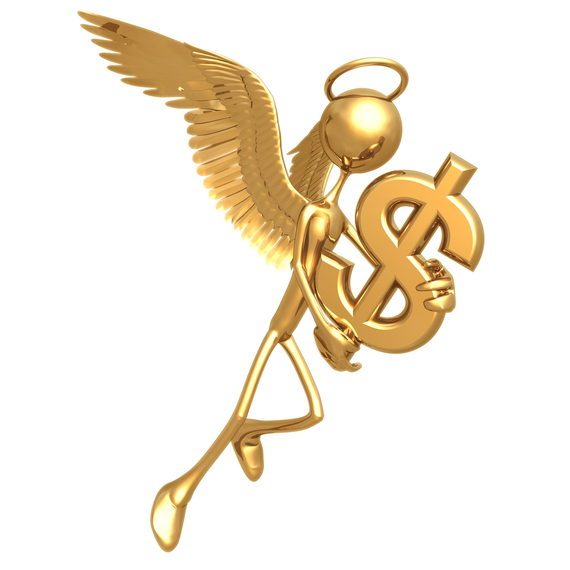 I want to share some of my stories as a female entrepreneur in the hopes that more women-led startups and founders will champion change, challenge the status quo and empower one another so that we can rise together in a male dominated industry.

From Bricks and Mortar to Startup

I moved from Houston to San Francisco in 2008 after leaving my corporate career to launch a personal concierge business, which I founded based on a need I had as a busy corporate professional.

To give you an analogy, I was running a bricks and mortar version of a smaller-scale Task Rabbit with just over 100 clients, 350 vendors, and 17 on-call contractors.

By working hands-on in the business, I was able to see a bigger need in the "sharing economy" for on-demand, service marketplace platforms.

I wrote an 80-page business plan and created a short pitch deck seeking funding to build a platform based on my hands-on experience and research to solve this problem.

In my earlier business, I had many "big name" clients from the tech industry (angel investors, advisors, founders, and even startup company themselves). I reached out to all of them seeking advice on raising money, building a founding team and the technology to run the platform.

But, I didn't let that stop me.

I decided to apply for an SBA loan to build the platform. With the loan I had to seek help from 3rd party vendors since I did not have a technical cofounder.

Through my network, I was able to set up three VC meetings - two women VC's and one male VC.

They were introductory and exploratory meetings from which I sought advice on how to shift my bricks and mortar company into a scalable digital startup.

But this is what I heard.

"I went through your entire document and UI and here are some of my recommendations..."

"You know this is going to take a lot of time and energy. Late nights, locked behind the computer."

"Are you sure at your age, you want to do this? I think you may want to reevaluate this and focus instead on dating so you can get married and start having a family instead."

"I didn't review your UI and deck, but wanted to meet you since you were introduced through a friend."

"Go ahead and tell me more about your background. You know a high percentage of female founders are much younger and come from Ivy League schools."

"I went through all your numbers and your projections. This is quite impressive what you have accomplished on your own."

"You know you are much older than the typical founder. Are you married?"

"I think it's going to be hard at your age to raise capital. Investors want to invest in people that are 100% committed to their business and I would assume that you want to get married and have a family before it's too late."

Did I miss the billboard?

I must have missed the billboard on Highway 101 with the Las Vegas neon flashing lights that read:

Let me try this again

I tried to have the technology for my startup built by third party vendors, but that didn't work.

But again, I didn't stop there.

I found an engineer to work with me for sweat equity since I was "sweating" too.

Once we released Beta, I created an AngelList profile, and my startup attorney Kristine Di Bacco of Fenwick & West LLP started reaching out to her network to set up investor meetings.

I secured one VC meeting from a firm that invested in seed rounds.

After our meeting, it took him two weeks to follow up and tell me this:

"Unfortunately we are going to sit on the sidelines for now. As an institution we've had mixed results with people/contractor websites, we find they can be harder to get going than anticipated, so we'd be happy to keep in touch and pay up at the next round, once you have more time in market."

I can take that, but two weeks to respond?

I reached out again to my (male dominated) tech network.

Again, I was ignored.

I reached out to another VC I met at a networking event. We met for coffee and he gave me advice on my pitch deck.

But, that was it.

Interestingly enough, I sat by an Angel Investor on a plane and we discussed my product, background and the investment.

Here's what he told me:

"I think you need to go work at a Pinterest, AirBnB or any other big name, well-funded startup to have on your resume. Most founders are coming out of big name companies."

"It's going to be really hard for you to raise money since you don't have an Ivy League background."

Here's what I told him:

"So I guess working at Enron doesn't count? Everyone knows those were the smartest guys in the room." I was being facetious, of course!

Let Our Voices Be Heard

Today, it's difficult being a woman-led versus a male-led startup. There are big obstacles that range from building a founding team to raising the first round of seed of funding.

But we can change that.

Women need to empower each other and build the confidence to follow through with a dedicated purpose.

We have the power to raise that 7%.

Companies like AngelList are bringing attention to female entrepreneurs and creating awareness on their platform through a women-led syndicate, 500 Women and Female Founder Jobs.

But is this enough? Look at the numbers and ask yourself.

We need investors to take heed and invest in female founders so we can have our voices heard and create successful startups.

I may have had to overcome many challenges being a woman-led startup founder, but that still hasn't stopped me.

Thanks to Arianna Huffington's book, Thrive, I'm setting out to build a platform that helps people redefine success and reconnect with themselves on their quest for personal and spiritual fulfillment. Read How Thrive Inspired Me to Create a Startup.

I may not fit the Silicon Valley mold.

Your education, age and gender should not defer you from exploring greater opportunities in tech. I may still be on my own, but that still hasn't stopped me.

What I've learned is that having a fierce passion, uncompromising work ethic, perseverance, and the ability to lead with a dedicated purpose can help finally break the code.