With the rise of social media websites like Instagram and Pinterest, images have become a great way for brands to engage their customers and push their content in the Internet. But how can you further the value of every image on the Internet?

Enter GumGum. GumGum is a digital marketing platform that pioneered the concept of in-image advertising. GumGum helps companies integrate in-image advertising into editorial content. Currently, they have partnerships with over 2,000 publishers including clients like Walt Disney, L'Oreal, Toyota, Samsung and Time, Inc. They've raised over $26M and are valued at around $200M. 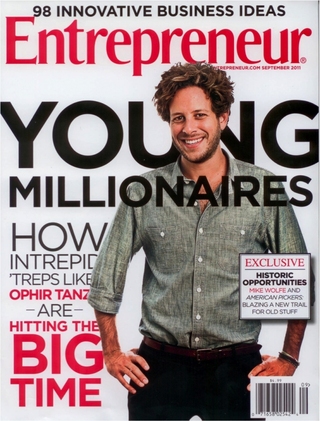 GumGum CEO Ophir on the cover of Entrepreneur

Startup Insider got the chance to speak with GumGum CEO Ophir Tanz to learn more about the this whole revolution of in-image advertising and how it all started.

The Birth of GumGum

For Ophir, this early exposure to technology led him to dive into starting a programming and web design services business early on, which he would sell at the age of 18.

The genesis of GumGum would come from his second business, an earlier startup Ophir had created that was a social media-sharing platform for images, similar to Instagram. It was during this experience where he got draw to images because of their ability to engage and attract the attention of others.

At the highest level, Ophir started GumGum with the goal of adding value to every image, leading to the creation of in-image advertising. In the last few years, GumGum has been focusing on improving the image recognition capability of Mantii.

Validating Their Idea In A New Space

One of the challenges of creating a whole new approach and introducing innovation into a space is validating your idea and getting users to adopt it. Ophir recalls having to approach people one by one and doing his best to educate the entire market.

He shared, "It took years to really properly educate the industry on what we do. Fundamentally, I believed that this was something the world needed and it was better than traditional advertisements online, and this belief propelled us forward."

At the same time, GumGum put an emphasis on improving their technology early on. Ophir shared, "Our image recognition capabilities were built over years and not over months. There was a period when we were raising money and using it for R&D for image recognition."

GumGum is one of the few startups that was able to raise money in 2009, the year after the financial crisis. Ophir shared, "That was hard because we didn't really have a flourishing business so we had to show our vision to the investors. Luckily we found investors who aligned with the team and vision."

One of the other strategies Ophir deployed in raising money was getting really well-known advisors aligned with the company. He shared, "I brought on really successful entrepreneurs to join our advisory board which added a lot of credibility and opened the door to a lot of new investors."

Ophir advices other startups even today to use this strategy because "this is an industry that is ultimately driven by people who tend to take their cues from other people so this opens a lot of doors."

It was around this time as well when GumGum had to rewrite its platform in Javascript. Ophir shared, "Javascript now seems like such a powerful language but at that time, it wasn't as developed yet so it wasn't clear if we were going to be able to build the platform that we wanted. We literally had to invent our own overlays that nobody had ever done back then." 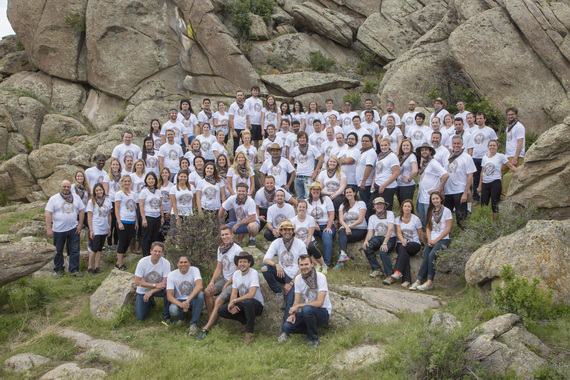 Key Factors for Startup Success: The Importance of People & Focus

While a lot of people think that when you're starting a company, everything falls on them to figure it out and solve all the problems, Ophir emphasized how teams are naturally important and ultimately, it's about finding the right team who can take a mediocre idea and make it work and make it scale.

He shared, "Ultimately you want to go after great teams that are going after great markets and want to build for the biggest markets. Focus is also incredibly important when you're selling your company. You have to focus on doing one small set of things incredibly well and doing that will lead to new things."

Ophir shared how a lot of startups get distracted really quickly and do not focus on doing one thing really well. He shares, "If you're a startup, you only have the resources to do one or two things very well."

The Future of Digital Advertising

Ophir thinks that the way people and brands currently advertise online is really flawed. He shared, "I don't think it works for marketers or users. I think ultimately a more native experience that users engage with creates better results for advertisers and gives users a better experience. I think that's the future of advertising."

Having developed Mantii, Ophir has seen how the image recognition technology has evolved in the past few years. He believes that it will only keep improving as artificial intelligence improves. He shared, "We want to add to the overarching abilities of what is taking place in the same way the algorithms have gotten better and the costs have gone down and we're very much in the forefront of this."