Software engineers are highly sought by almost every company nowadays as companies try to keep up with the developments of technology. These companies have HR teams dedicated to hiring the best software engineers out there in terms of both skill and fit. However, resumes and phone interviews can only give companies so much information. A big question recruiters and interviewers asks themselves is, "how do I really know if this engineer is right for the job?"

This is where HackerRank CEO Vivek Ravisankar and his co-founder and CTO Hari Karunanidh saw a gap that he could fill--finding a way to better evaluate the programming skills of engineers. This led to the creation of HackerRank, a platform where developers can prove their chops by solving code challenges and companies can hire technical people based on proven skill. 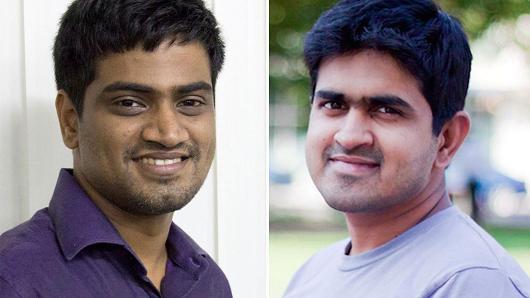 Since Vivek and Hari started HackerRank back in 2012, HackerRank's community of developers has grown to over 1 million users coming from 300 different countries. Companies on HackerRank's platform include Twitter, Amazon, BNY Mellon, VMware, Booking.com and over 1000+ other businesses.

HackerRank was also recently tapped by the White House as a key partner at the center of its TechHire initiative to get America technical and give more people training and job opportunities (to re-ignite the US economy).

But how did this all start?

Vivek grew up in India where he studied computer science and took a bunch of programming lessons. He shared, "With programming, you can build your own stuff, and if you're curious, you can just continue to learn a lot and that fit my personality."

After spending over a year in Amazon as a software engineer, Vivek decided that he wanted to start a company that would help programmers who wanted to get employed in tech companies. However, back then, HackerRank was a completely different company.

Vivek shared, "We started out more like a mock interviews kind of a model but that didn't work since people didn't want to pay for mock interview help. So we had to pivot to a more company-focused side where we would help companies find programmers. But it was hard. It took us 2.5-3 years to get us our first paying customer."

After realizing that the mock interviews model didn't work, Vivek and his team decided that they needed to pivot.

This is where Vivek drew from his experience back in Amazon where he got to interview a lot of engineers. He realized that back then, the resume was the best predictor of their skills and it was really hard to evaluate programmers objectively so Vivek wanted to create a platform that would companies evaluate programmers' skill objectively.

He shared, "We started off as an enterprise platform which companies can use to create their own coding challenges. Then we started evolving, and every company had its own version of HackerRank, and we had a community of millions of programmer. So what started out as a way to screen programmers turned into a way for us to match programmers to companies from all over the world."

Now that HackerRank is growing rapidly all over the world, Vivek's role has changed quite a bit. He shared, "I think there's always a change from building a product to building a great company. How do you build a great company? That involves a lot of different things like making sure your recruiting is really good, making sure you have the right KPIs and a bunch of different things you need to think about to make sure that we actually build a great company and great culture."

In order to build a great company with a great culture, Vivek and his team has been working towards making sure that everyone who changes HackerRank is a culture fit.

He shared, "We're starting to work on this concept of a culture community, which consists of people who have been at HackerRank for quite some time and embody our core values and know how HackerRank works. They interview each candidate to make sure we preserve our values as we grow."

After getting a few customers for HackerRank, Vivek decided that it was time to bring HackerRank to Silicon Valley. How? Y Combinator.

He added, "Y Combinator helped a lot in that some of our early customers were also YC portfolio companies. Then we had demo day, and we raised money from Khosla, and we build our product and sales team. Suddenly, we started to scale from there."

The biggest lesson Vivek took away from Y Combinator was clear, "You should have a constant thinking of shipping stuff. Shipping things is a lot more important than constantly ideating and iterating."

The HackerRank team has grown to about 100 employees

Helping programmers around the world

Vivek shared, "One story I love comes from VMware. The company hired a guy who was working as a dishwasher in Spain. He was practicing coding on the side, competed in a code challenge for VMware through HackerRank, and performed so well that VMware actually hired him. Now he's one of their top software engineers. That is life-changing."

And for Vivek, programming has always been more than just about coding. He shared, "I think programming can really shape the way you think about certain things. It's not just bout coding. It's a great way for you to make decisions and see how things happened. Every company will become a software company and essentially everything works from software so programmers will become super super critical and important."

His advice to aspiring entrepreneurs was clear and simple, "I think it's important to build a company because you really want to bring the idea you have in mind to fruition to the world as opposed to because you just want to build a company for the sake of building a company because the ups and downs can get so crazy that you'll probably just give up. On the flipside, if it's an idea you really embrace, it's hard to give up because you've fallen in love with the idea." 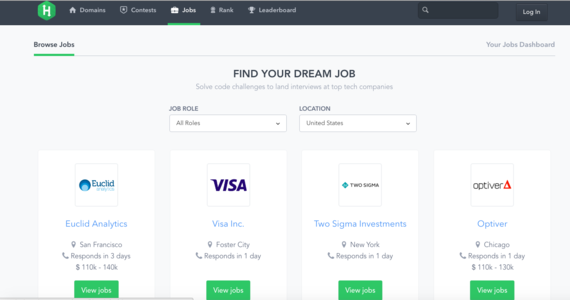 David Ongchoco is a student entrepreneur and avid storyteller from the Philippines studying at the University of Pennsylvania majoring in what he likes to call, LIFE. He is currently working on expanding his for-purpose organization YouthHack, and spreading his passion for student entrepreneurship through Dorm Room Fund. It's David's goal to make an impact in the lives of as many people possible while constantly learning new things every single day. If you have any interesting startup stories, David can be reached via Twitter @DOitChoco.