Jason Carney, a poet, writer, and educator from Dallas, Texas, is a four-time National Poetry Slam Finalist, honored as a Legend of the Slam in 2007. He appeared on three seasons of the HBO television series Russell Simmons' Def Poets. A graduate of Wilkes University MFA Program in Creative Writing, he teaches at Brookhaven College, Dallas County Community College District and at Parker University. Carney is also the Artistic Director of the non-profit organization, Young DFW Writers. 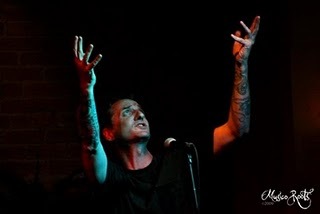 Loren Kleinman (LK): Talk about the title of your book. How did you come up with the title Starve the Vulture? What does it hold beneath itself?

Jason Carney (JC): The original title of the work was Flowers from my Mother's Funeral, which was tossed out before the first draft was finished. Then came Silence the Vulture. I was driving across the Bay Bridge in San Francisco with Kenyatta, Seven, Dahled and Naz. Dahled suggested that vultures do not make sounds. This did not work for me, because the whole book is about finding voice. I needed an S word that took action upon the vulture--strangle, skin, stomp, scrape, squeeze. Naz suggested the word starve, and there you go. I will give a shout out to Kaylie Jones for sticking with the title.

LK: What is redemption? Do you consider redemption a form of grace? Why or why not?

JC: One may act as a function of the other, yet neither are gifts that you can bestow upon yourself. They are selfless endeavors. Grace is function of salvation, an act that leads you on the right path or towards the goal of redemption. When you are redeemed you are saved from what has haunted you.

If there is no moment of grace, I do not know if there can be an act of redemption. They seem to go hand-in-hand. Maybe I am off on this one. I rarely have the right answer for myself and even more seldom for someone else.

LK: Your book Starve the Vulture is a memoir that details your past history of abuse. Not only receiving abuse, but being abusive to others. Talk about breaking free from an abusive cycle? How do you do that? And how does abuse expect your submission?

JC: I suspect stopping the cycle requires an act of grace. What is really impressive is the amount of pain, the layers of sickness that people can withstand, getting to that base moment. Faith without works is dead. The moment of grace is the start of immediate action.

If you do not take that action the subversive nature of the sickness, no matter what it is, will take hold. People routine themselves to death. Feed this sickness with sickness and it amplifies the devastation and sorrow. So when the universe hiccups and gives a break to the routine that confines an individual, that person ought to take it and not look back.

This is easier said than done. People tend to deny their own bravery. Although we clamor for it secretly, everyone wants to be the center of attention for the right reasons. Most people do not believe they have it in them. That is why living vicariously through the characters of television and film are such practiced habits, especially given the false-realities shoved down the viewers' throat in between the over-consumption that drives the airwaves. We believe that people can actually brand themselves and we buy into that idol worship. I think I read a book about commandments and false g-ds somewhere.

We busy ourselves to the point of suffocation with images and realities that deflect the trauma of our own lives. Routine leads to acceptance and the wrong form of surrender--submission. In this there are no blessings.

There would be no abuse in this world if everyone could find beauty in what other people hold as sacred. We should examine our similarities and rejoice in our differences. 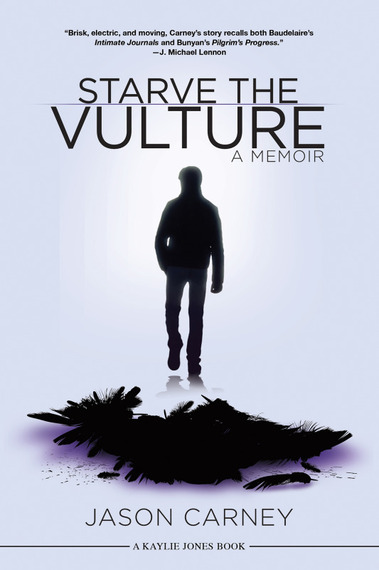 LK: Sometimes I don't believe in grace. Does it exist? What experience from your past brought you to this conclusion?

JC: Yes, grace is real. Faith is a test of our character. We are flawed creatures, sometimes we believe and sometimes we do not. Transgression and forgiveness are inherent to the human experience. Also known as growth. I can think of lots of examples, as most people can if they really examine their own life. The universe converses with us at a constant rate.

LK: Do you love yourself?

JC: Not the way I love my children. We can love certain people unconditionally, ourselves seldom being among them. I am happy with myself, I can see the fruits of my labor. I have learned to forgive and see others as sick; if this is the case, then I am sick, too. Forgiveness of self would free most of us from the burdens we carry for no real reason.

LK: How did poetry save you? How did this book save you?

JC: Poetry gives me definition. Allows me to expand the world around me or to shrink in so close that there are only fractions of moments within its breath. It is a prayer that comes from outside of me, crafted and honed within me, and then passed out into this world. A line from a Sharon Olds poem sums it up, "I want to find excellence in the knife throw." A living moment of time-- both in the writing and in the performance. Fleeting. Infinite.

The book gave me something and it is not for me to share with you. Some things in this world are sacred. Go find what is sacred to you!