If there's one thing Americans can take pride in over Independence Day weekend, it's their local brand of booze. At least that's the idea behind this graphic from Thrillist, which created a map of each state's most noteworthy local alcohol company.

The editors at Thrillist were inspired by a map created by Steve Lovelace that shows each state's most prominent corporation.

"We noticed that only two were alcohol outfits [on Lovelace's map], which drove us to create another map plotting the biggest/most high-profile liquor or beer companies from each of the 50," Thrillist's Ben Robinson wrote. "We know there are at least infinity amazing craft breweries in each of these states, but this map's about the big boys."

Indeed, for a more comprehensive look at the craft beers in each of the 50 states check out this map.

More from Thrillist:
-- 50 Most Patriotic Beers in America
-- Take A Hiking Trip Where Each Day Ends At A Different Brewery
-- Brews With a View: A Coast To Coast Guide to Movie Theaters You Can Drink In

Here's what people in each state will be drinking (responsibly!) during Independence Day, according to Thrillist. 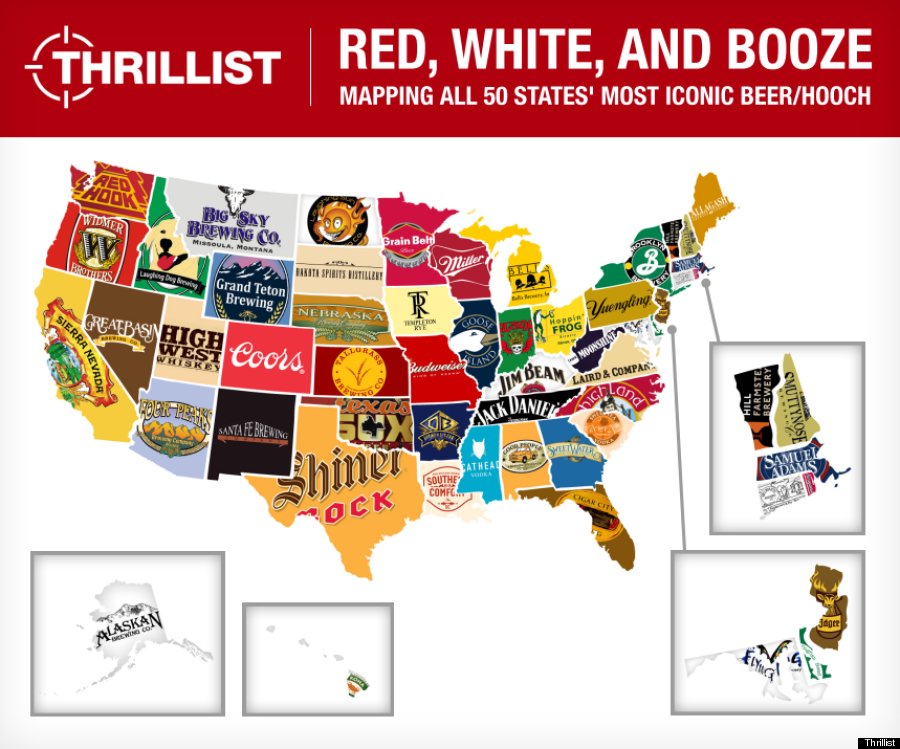