Parents in some states are more likely to choose names that have enjoyed nationwide popularity in recent decades while parents in others tend to break with tradition. We looked at lists of the country's top ten baby names from 1980 to 2010, and compared them to each state's top ten lists for 2012, the most recent year Social Security data is available. States with the most 2012 names that didn't make the top nation's top ten during the past three decades are darker in the maps below. 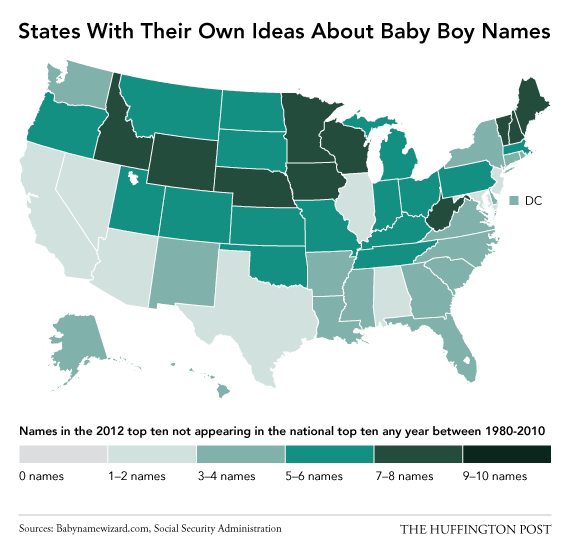 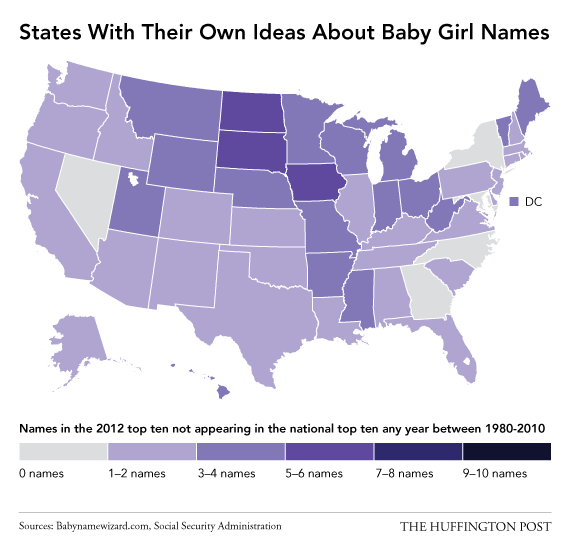 Unusual Baby Names That Are About To Become Trendy
More:
Baby Namesmost popular baby namesbaby girl namesbaby names by stateunique baby names
Newsletter Sign Up
Raise the kind of person you'd like to know
Subscribe to our parenting newsletter.
Successfully Subscribed!
Realness delivered to your inbox